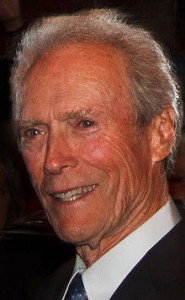 With Tiger Woods, Phil Mickelson, and a host of celebrities teeing off Thursday on his golf course, it seemed only fitting that long-time golfer, some-time Pebble Beach pro-am competitor, and current thorn in Karl Rove’s side, Clint Eastwood, should be in the news this week.

He may be 81, but the Academy Award winner, part owner of Pebble Beach Golf Links, and a regular on the circuit back in the day when the Pebble Beach National Pro-Am was the Bing Crosby, Eastwood is not too old to lend his considerable star power to an edgy new golf channel that promises  to infuse some life into traditional coverage of the stodgy old game.

Back9Network, which launched its multi-media, voguish lifestyle programming with pizzazz and to boffo reviews at the recent PGA Merchandise Show, has named Eastwood its creative board chair and founding shareholder, according to Wednesday’s Hollywood Reporter. Eastwood, who will feature in a Back9 program hosted by LPGA Tour player and runway model Anna Rawson, will help the network make programming and casting decisions, according to the Reporter.

Back9, which plans an official start date this spring, will offer Rawson’s interview series, “You’re So Money,” as well as other shows you won’t see on Golf Channel. One pilot on the drawing board, “Extreme Golf,” will play like Rory McIlroy’s recent commercial filmed on the helipad of Dubai’s Burj Al Arab hotel: A-listers and sports stars going at it from “the wildest golf holes imaginable,” according to the company. Think: urban golf played on the tops of buildings and five-mile-long holes in the middle of the desert.

The network even plans to air a sitcom. “Hilarity ensues,” Back9 claimed in a release, as “Beer Cart Girl” comes home from college for the summer to ply her trade and put up with “golfers of all kinds and a motley staff” at a “local, mediocre golf course.”

While we’re not so sure “Beer Cart Girl” will make it to our DVR, the network’s flagship show holds promise. “The Scorecard” promises to mix news, sports, and pop culture in an “irreverent and fast-paced format.”

As for Eastwood — who drew the ire of conservative Republicans with his controversial Chrysler ad that brought a halt to chatter during many a Super Bowl party Sunday night — he’ll provide his input to Back9 executives every three months or so.

“He’ll be a big picture sounding board,” Back9’s chief executive James Bosworth told the Reporter, which noted that the CEO met Eastwood when the former was an assistant pro at Pebble Beach in the mid-1990s and the two still golf together.

“It was natural to seek his advice,” Bosworth said. “There’s no better guy to go to for a golf media company.”