BioMech Golf Equipment, a division of BioMech Sports, has launched a consumer website for U.S. and international product purchasing to increase its reach and better serve customers, www.biomechsports.com. 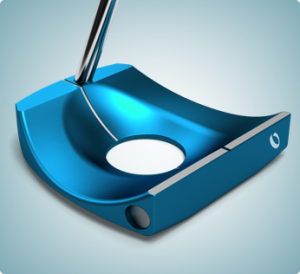 BioMech’s flagship product, the AccuLock ACE putter – designed to match the biomechanics of the human body – has become popular among tour professionals, club pros, and casual amateur players, and is receiving considerable attention since its unveiling at the 2015 PGA Merchandise Show in Orlando this past January.

Invented by scientists, professional sports instructors, and design engineers the AccuLock ACE was developed using a host of scientific principles that produce a more natural and consistent putting stance and stroke. An improvement over traditional putters and putting methods that focus solely on mechanics, the ACE was designed from the body-out and features the AccuLock Core Putting System that combines the physiology of the human body with the physics of the proper putting motion, creating an anatomically optimal putter design.

“The putter and method are a natural outgrowth of the most efficient and simple way to perform the putting stroke,’’ said Dr. Frank Fornari, one of the inventors and the company’s founder and CEO. “The club simply takes much of the thinking and extraneous movement out of the stroke, resulting in better alignment, setup, motion, and ultimately better putts. The research and development have taken six years and the data regarding the improvement for every aspect of the putting motion are very compelling. Its design also can prevent and reduce back problems typically associated with traditional putting and the method requires much less work.’’