Is adidas ready to say Auf Wiedersehen to TaylorMade Golf and its various golf divisions? It could happen. The German sporting goods  giant said it has hired an investment bank to look into its options for TaylorMade, which hasn’t been the same since Mark King left as president and CEO to take the job as president of adidas North America. 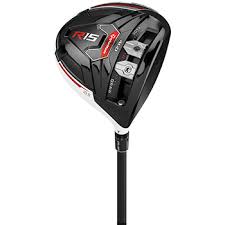 adidas is considering selling all or parts of its TaylorMade brand

In a statement, adidas said it was particularly looking at its Adams and Ashworth brands and said it also launched another round of restructuring at its TaylorMade brand. Adidas said TaylorMade’s sales fell a currency-adjusted 26 percent in the second quarter of this fiscal year.

Adidas Chief Executive Herbert Hainer said two new TaylorMade golf clubs – the R15 and the AeroBurner drivers – had not sold well and also said blamed the slowdown in sales on the success of competitors.

One of those competitors has to be Ping Golf, whose G30 driver has been No. 1 in unit sales and market share from this past February to June, according to Golf Datatech.