Some math whiz needs to explain this to me. In its Q3 earnings report today, Callaway Golf said it has “continued to gain market share.’’ Yet its core metal woods business is down 20 percent for the nine months vs. the same period in 2014; its irons and putters sales are up only one percent each; its accessories business is down nine percent; and its ball business is down three percent the first nine months of this year vs. 2014. 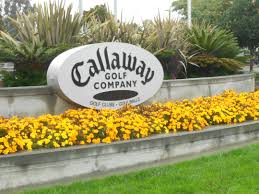 So how can you put together those kinds of numbers and claim to gain market share?