Similar to the original M1 driver, TaylorMade says the M1 Special Edition features the use of a seven-layer carbon composite crown that resulted in a significant decrease in the crown’s weight and allowed engineers to lower the CG and add a revolutionary T-Track system that houses 25g of adjustable weight; the entire system has been placed low on the sole so regardless of moveable weight positions, the club still maintains a low center of gravity to deliver optimal trajectory. 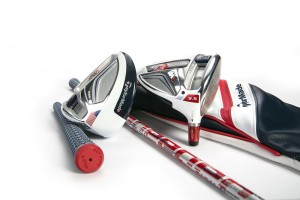 The 12 position loft sleeve provides up to four degrees of loft adjustment, the T-Track can be set for more/less draw/fade and higher/lower trajectory.

Along with the custom Fujikura shaft, the M1 Special Edition driver is housed in a premium full leather headcover, the same used by TaylorMade’s Tour staffers at the 2016 U.S. Open.