Buoyed by an 81 percent in metal woods sales, Callaway Golf today reported third quarter sales of $178 million compared to $148 million the same period a year ago. Callaway, which introduced three new drivers this year, reported it metal woods sales at $56.5 million versus $31 million in the thir 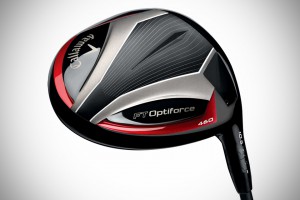 For the nine-month period, Callaway said its metal woods sales increased 26 percent compared the same period in 2012 to $228 million, proof that the company, which once dominated the metal woods market, is making strides to regain the top spot from rival TaylorMade-adidas Golf.

“Market conditions during the third quarter were better than we had anticipated as we entered the quarter, due in part to improvements in weather and rounds played in both Europe and the Americas,” said Callaway President Chip Brewer. “These market conditions, along with continued gains in market share in our major markets and the realization of the benefits from the many actions we have taken over the past year to improve our operations and reduce our costs, have resulted in an increase in sales and operating income.”

Callaway reported a loss of $21 million in the quarter – a significant improvement over the nearly $87 million loss it recorded in Q3 as Brewer began cleaning up the mess left from previous company president George Fellows.

For the nine months, Callaway reported earnings of $31 million compared to a loss of $52 million the same period a year ago.

“While we are pleased with our first nine months results, which provide evidence that our turnaround is working, we are fully aware that we have more work to do to return to acceptable levels of performance,” Brewer said. “As I mentioned when I started with Callaway (in the first quarter of 2012), successful turnarounds take time and we did not expect to complete everything in only one year.  With that said, our turnaround is proceeding at or above our original expectations, particularly given the headwinds we experienced this year from unfavorable changes in foreign currency rates, adverse weather conditions, a very late start to the 2013 golf season, and higher than normal promotional activity in both North America and Europe. I remain optimistic about the opportunities that lie ahead for Callaway and look forward to reporting to you on our continued progress.”

Brewer said net sales for the full year of 2013 are currently estimated to be approximately $836 million, compared to previous guidance of $810-$820 million.  Net sales for full year 2012 were $834 million, which included sales of $60 million related to the brands and products that in 2012 were sold or transitioned to a third party model.  Excluding sales from the sold or transitioned businesses, the Company estimates that net sales from its current business on a constant currency basis will increase by approximately 13 percent compared to 2012.