Nike Golf President Cindy Davis has announced she plans to retire from the Swoosh later this year. Davis, 52, has been at Nike Golf since 2004, first as general manager and as president since 2008.  Not surprisingly, neither Davis nor Nike Golf indicated whether Davis’ decision was voluntary  or forced, but I’m leaning toward the latter. 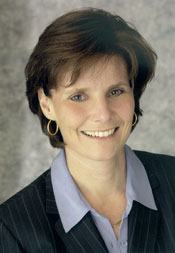 Prior to Nike Golf, Davis held executive positions at The Golf Channel, Arnold Palmer Golf, and the LPGA. Nike Golf said a  successor will be named later.

“We thank Cindy for her leadership throughout the years as she had led the development and growth of Nike’s golf business worldwide,” said Jayme Martin, Nike’s vice president and general manager of global categories.  “Under Cindy’s direction, Nike Golf has steadily delivered profitable growth year after year since 2009.”

Nike Golf’s sales were a reported $789 million in its most recent fiscal year, although parent Nike Inc. reported lower first quarter sales in its golf division.