TaylorMade-adidas Golf’s much-anticipated R15 driver and metal woods will be available Jan. 15. IN addition to the driver, the R15 family includes fairway and Rescue clubs. 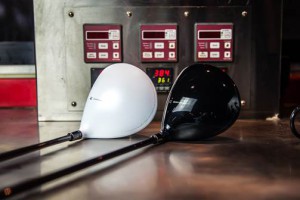 “Everything we know about the metal wood, we’ve put into R15; golfers will see that, feel it and sense it with every swing. It’s a special driver,’’ said Brian Bazzel, TMaG’s senior director of product creation for metal woods

The R15 driver (suggested retail price $429 and $499 for TP version) features what TMaG calls a new “Front Track’’ that makes it fast and easy to adjust the specs. Inside the track system are two sliding split weights that weigh 12.5 grams each (25g total). TMaG said the R15 club head has five grams more discretionary mass to maneuver and is four grams lighter than the popular SLDR driver.

Using the torque wrench, TMaG said the golfer can loosen and slide the weights to the heel for a draw, to the toe for a fade or split for maximum stability.

Additionally, TMaG said R15 incorporates its most adjustable loft-sleeve, giving golfers the ability to alter their face angle, lie angle and loft preference to affect side-to-side trajectory. A simple rotation of the loft-sleeve system, according to TMaG, allows you to choose from 12 distinct settings that makes incremental changes in the lie and the loft/face angle (four degrees).

Similar to TMaG’s original Rescue club, the new R15 ($219, TP $289) has a “peanut” head shape, commonly preferred by Tour Staff professionals. TMaG said the smaller shape (99cc) offers more versatility than a conventional size hybrid and is preferred by players who like to shape their shots.