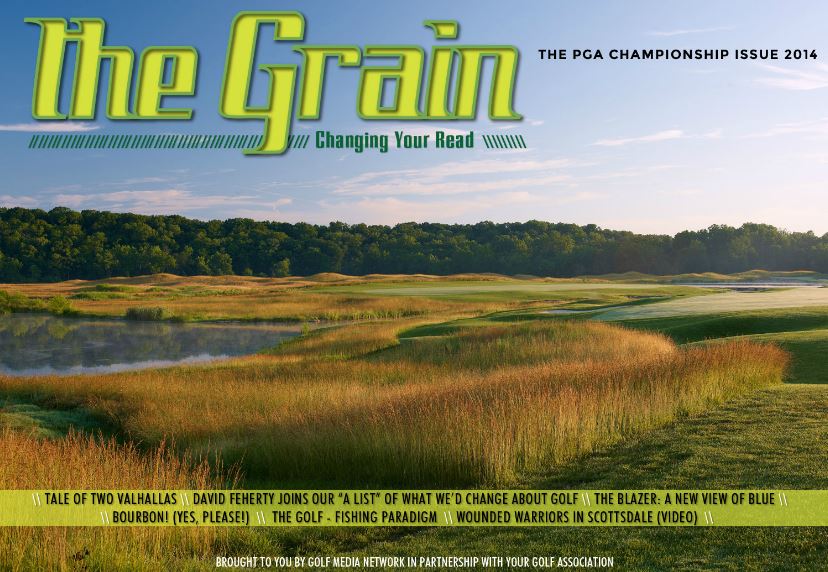 Another major is fine by us–it means another issue of “The Grain” and we’ve packed this one with a great story about “Two Valhallas” by David DeSmith; an essay about the ubiquitous blue blazer by Tom Harack; a guide to bourbon by Derek Duncan, and popular regular features such as our A List (this time with David Feherty pitching in), handicapping by James Mason, What to Watch For, and much more.

Our contest to win a trip to Myrtle Beach to play with Natalie Gulbis is still up for grabs, and a new sweepstakes could earn a lucky reader four nights and four rounds at Casa de Campo.

It’s all a click away at The Grain: 2014 PGA Championship Issue.