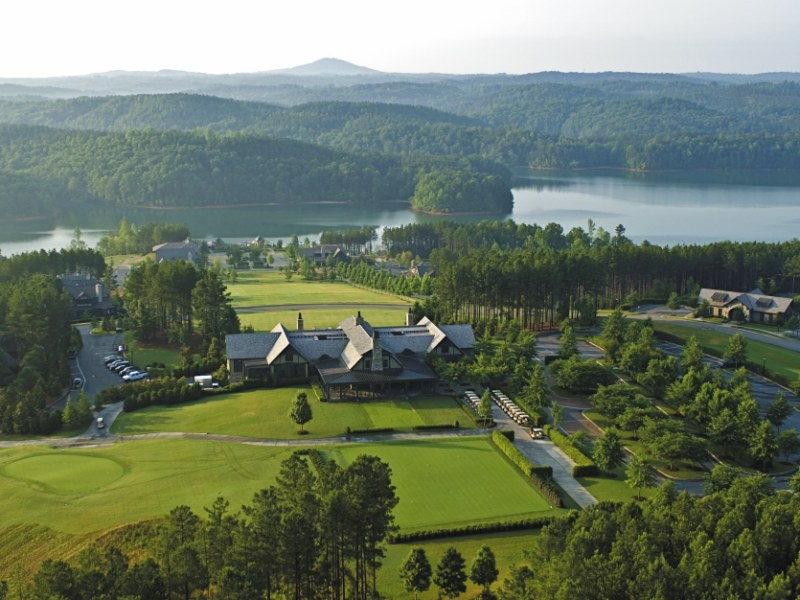 (Sunset, S.C.)  – The Reserve at Lake Keowee, a private lake, mountain and golf course community near Greenville, unveiled the first 20 new home plans in its Builder Showcase Program in collaboration with eight of the area’s most reputable custom home builders. Announced in October, the Builder Showcase Program brings together The Reserve at Lake Keowee and eight of its members – all of whom are  respected, locally-based home builders. The program offers select Reserve home site owners a streamlined pathway of homebuilding information, resources and expertise to expedite their residency and ultimately maximize their experience at The Reserve.

“So many people who visit our community feel an immediate sense of connection and a desire to be here in a home of their own as quickly as possible,” says Chuck Walsh, director of sales for The Reserve at Lake Keowee. “Particularly for out-of-state buyers, the task of building a custom home can seem like a very complex, to the point of daunting, undertaking. They aren’t sure who to trust, and often, they don’t have a reliable gauge of what a home will really cost to build, once everything’s said and done.

The Reserve at Lake Keowee comprises a membership of more than 550 families from 30 different states. The gated community spans 3,900 acres, including 30 miles of shoreline on Lake Keowee. Created by Greenwood Communities and Resorts, The Reserve offers more than $100 million in completed, family-friendly amenities, including a 200-slip marina, village center complete with guest house, a Jack Nicklaus Signature Golf Course and more than 1,400 acres of parks, preserves, trails and green space. Home sites, complete with club membership, begin at $200,000.

“The Builder Showcase Program couldn’t be more simple and straightforward,” Walsh added. “Every builder in the program is a member of The Reserve. The home designs are unique, available exclusively at The Reserve in the Lake Keowee area, and can be customized to the customer’s individual tastes and needs in a matter of days. And since these plans have been pre-approved by our Architectural Review Committee, and costs are already organized and communicated on the front end, buyers are able to feel confident and in control of the process from day one.”

Homes in the Builder Showcase Program range from 2,500 to 4,100 square feet. Price per square foot begins as low as $178, with total building costs ranging from $500,000 to more than $1.2 million. These homes were designed to fit with the topography of home sites across The Reserve.

Each of the eight builders in The Reserve’s Builders Showcase Program is based in the Upstate of South Carolina:  Scott Jerald of ASJ Development; Lee Hornbeck of Becklan Custom Home Builders; Bruce Adkins and Ron Tolley of Golden Corner Construction; Jeff Holder and Bobby Cummins of Jeff Holder Builders; Joe and Debbie Stroup of Joe Stroup, Inc.; Ray Foral of Ridgeline Construction Group; Kevin Sexton and Barry Griffith of Sexton Griffith Custom Builders and Ken Berry of The Berry Group

“To their credit, the participating builders are largely family-owned businesses with deep roots in and around this community,” said Chuck Pigg, vice president and community manager for The Reserve. “They produce award-winning work, including recognition by the Homebuilders Association of South Carolina, and numerous industry and lifestyle publications like Residential Design, GOLF Magazine, and Atlanta Homes and Lifestyles. They’re also behind the handiwork of many of The Reserve’s master-planned amenities that buyers fall in love with during their discovery tours, including our guest house, greeter’s cottage, pool house and pavilion – not to mention a multitude of homes. There is a certain comfort in seeing dozens of examples of their craftsmanship already within our community. For those who have the desire to build a home here, those are the kind of proof points that allow buyers to get started sooner rather than later and to embrace and enjoy the journey along the way.”

(Atlanta, Ga.) –  Foxhall Resort and Sporting Club, what is believed to be the first urban sporting club in the nation, has opened this fall just outside Atlanta. The club features equestrian, golf, shooting club, and fly fishing amenities for residents and members, and is located approximately 20 minutes from Atlanta’s Hartsfield-Jackson Airport, the busiest airport in the world.

This billion-dollar resort community on the western outskirts of Atlanta is the vision of native son Harrison Merrill, chief executive officer of the prolific Merrill Trust Group, a developer of clubs and resorts throughout the southeast.  Located on 1,100 acres bordering the western bank of the Chattahoochee River with a world-class equestrian center already in place, Foxhall promises to offer Atlanta residents easy commuter access to country living and sporting club amenities in the southernmost foothills of the Georgia Mountains.

Last week the Douglas County Board of Commissioners approved the preliminary plat for Foxhall, allowing for the development of 49 home sites on 61 acres.  The first home sites will likely be released for sale after the first of the year. 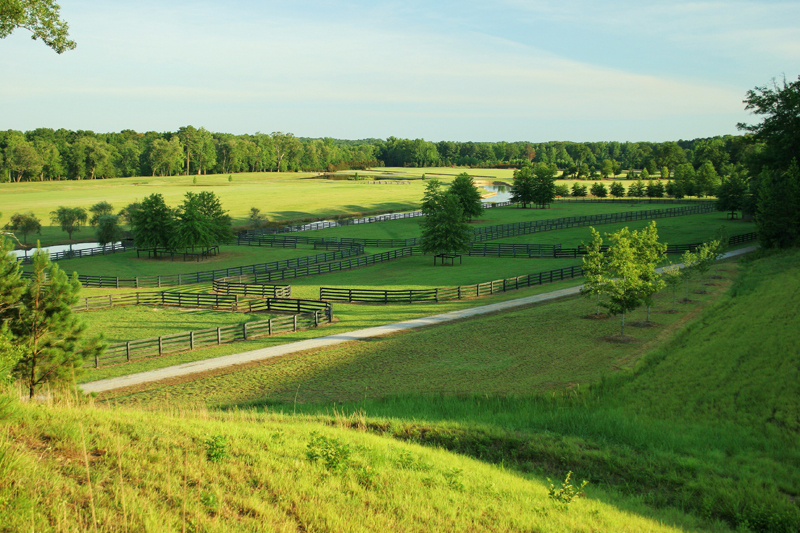 “The opening of Foxhall Resort and Sporting Club is a historic event in the world of real estate, both locally and nationally,” says Merrill Trust Group’s Director of Sales and Marketing Steve Schneider.  “Not only will Foxhall offer Atlanta residents their first ever opportunity to live in and belong to an urban sporting club, but it will stand as the first urban sporting club in the nation.”

With nearly two miles of river frontage, the historic former facilities of the Foxhall Cup, nine lakes, miles of equestrian track, polo fields, barns, stalls, and a planned 18-hole golf course, Foxhall promises first-class amenities alongside its more than 800 planned single-family homes.  The developer has begun construction on its first amenity center at Foxhall, including a clubhouse and infinity pool.

“We’re excited to be offering this residential and club membership opportunity to the Atlanta area,” says Schneider.  “In the current real estate market, it’s pretty unusual to see a resort community of this breadth in the works.  Merrill Trust is unique among developers, however, as the company has the financial wherewithal to support development of this new community, and residents are going to see amenities in place and open before the end of next year.”

Merrill Trust Group, LLC, is a developer of private clubs and resort communities throughout the southeast.  Besides Foxhall Resort and Sporting Club, Merrill Trust communities include Sky Valley Resort and Country Club, the highest elevation community in Georgia, Catatoga near Lake Toxaway, N.C., and the oceanfront Daytona Beach Resort in Florida.