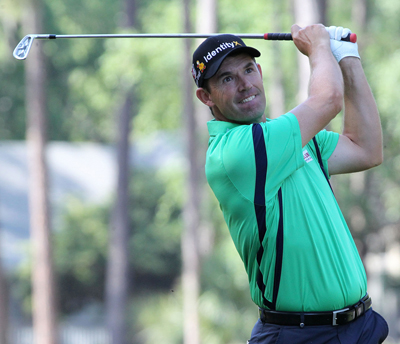 Founded in 1886 and situated at its present site since 1897, Royal Lytham & St Annes is recognised as one of the best links courses in the world to date and it’s staged ten Open Championships and two Ryder Cups.

Originally designed by the club’s first professional, George Lowe, it was further improved in 1919 by Harry Colt, who spent four years repositioning some of the greens and tees, adding bunkers and lengthening the course. The result: a thinking man’s course that resists all attempts to overpower it thanks to sublime protection – whether it be the greenside bunkering the many raised greens where the approach shots needs to be thought through, or the lay up areas on the par-5s.

It’s a course you will love from the opening par-3, or the 16th where Seve played that remarkable recovery shot on the way to winning his first Open Championship in 1979, or the 18th where Gary Player put his second shot against the clubhouse wall. Lyham just oozes history.

With two first time major winners already this year, the chances are we could be seeing a third this week especially if the weather is going to play as big a part as predicted. But it’s hard to look past Tiger Woods 8/1 in the form he is in at the moment with three wins to his name already this season. But at 8/1 for an Open Championship, they’re not the greatest of odds.

Luke Donald 16/1 and Lee Westwood 14/1 seem to shoot themselves in the foot along the way, especially Luke with open rounds of 75 and 79 in this year’s Master and US Open respectively. As I have stated before, I am not sure Lee’s short game stands up to the intense pressure presented at a major championship, throw in the home crowd which could be an extra burden for both players trying to win their first major championship. I hope I am proved wrong but I don’t think they will win here this week.

On the other hand two-time Open Champion Padraig Harrington 18/1 has played well in the majors this year with two Top 10 finishes. Padraig always likes to play a links tournament to prepare for the Open Championship and finished just outside the Top 10 at last weeks Scottish Open.

Anyone who follows Graeme McDowell 33/1 on twitter will know he’s spent the last couple of weeks practicing and playing at Lytham. Graeme looks like he is coming back into form and obviously enjoys links golf growing up playing at Royal Portrush in Northern Ireland, where he just finished in sixteenth position after shooting himself in the foot with a third round 73. Graeme doesn’t have the greatest record at the Open Championship, finishing in the Top 25 only three times from his eight starts, his best finish being an eleventh place at his second Open Championship which was held at St Andrews in 2005.

Rickie Fowler 35/1 has a surprising record at the Open Championship played twice and finished fourteenth in his first attempt and fifth last year. Rickie has got the “never to have won a PGA event” off his back this year by taking the Wells Fargo Championship, add another four Top 10 finishes and I think Rickie could do well here this week. 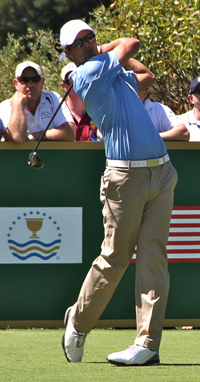 Adam Scott 40/1 has only had one Top 10 finish at the Open Championship but does come into this week in great form after a third place finish at the AT&T National. He also finished in the Top 15 at both the Masters and US Open and with Steve Williams on the bag could be that extra help Scott needs to push him over the line here.

I feel last years runner-up at Royal St Georges’ Dustin Johnson 50/1 has a great chance this year, I think it’s a course that will suit his game. People talk about Dustin’s power but I think he will do well around this strategic course.

George Coetzee 125/1 finished in fifteenth place at last year’s Open Championship and has had four Top 10 finishes so far this season, he’s not had the greatest last couple of weeks, missing the cut at both the US and Irish Opens but he is someone I feel who will do well.

The Champion Golfer of the year is.... The stage awaits at the 18th © Kevin Murray