The 2nd hole on the PGA Centenary Course 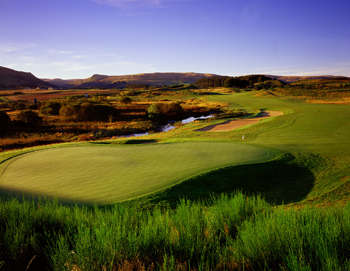 The European Tour heads to mainland Britain so a lot will depend on the weather, being late August is no guarantee of sunshine, as anyone who has been to Scotland will testify.

The PGA Centenary Course at Gleneagles plays host to the Johnnie Walker Championship. The par 72 PGA Centenary course (formally known as the Monarchs Course) measures 7,262 yards and will play much longer if the wind picks up. Designed by Jack Nicklaus and chosen to host the 2014 Ryder Cup matches, it combines the best of American and Scottish golf courses. There are traditional pot bunkers 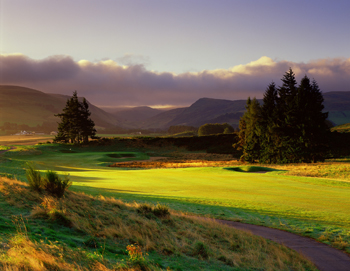 The stunning 1st hole, its the perfect opening hole

along side American-styled sand traps. Hazards include ponds, wetlands and streams so having a clear strategy is the key to making a good score around this beautiful course. As Lee Trevino once said of Gleneagles “If Heaven is as good as this, I sure hope they have some tee times left.”

My Picks to win:  Francesco Molinari 16/1 is the book-makers joint favourite along side Simon Dyson 16/1. Its not been the greatest of years for Francesco and he has not made the Top10 since the Italian Open, but with his new putting stroke looking a lot more solid, I can see Francesco will have a more productive second half of the season.

Ross Fisher 20/1 is another player who has been working on his putting stroke and not had the greatest of years, but Ross is a great golfer and it wont be long before his back picking up the winners cheque.

This time last year Edoardo Molinari 33/1 was on the brink of winning this championship and at the same time forcing his way into Colin Montgomeries Ryder Cup team. I am sure being back in Scotland and having to hand back the trophy will spark Edoardo on. He said, “I like playing in Scotland, and I’m sure the Scottish crowds will be unbelievable to me again, just like they were last year, they are the most knowledgeable crowds that we play in front of.”

My each-way picks: Raphaël Jacquelin 40/1 has already won on the European tour this year at the Sicilian Open. He has also had six other Top25 finishes, but didn’t have the greatest time in the USPGA Championship. With Raphaël back on the European Tour I can see him having a good tournament.

Robert Rock 40/1 is another player who has got that maiden win out of the way by winning the Italian Open. He actually played really well in the US Open making the Top 25 after a late dash from Italy. He has gradually gone backwards from that point, but a two-week break should see him back on track.

Scott Jamieson 50/1 finished 3rd when he was back on home soil in the Scottish Open and being back home he is sure to have plenty of local support. Scott has had two other third place finishes and four Top25, I think he will win his first European tour event this year and what better place to do it, than in front of your home support.

5 Responses to “Review & Betting guide for the Johnnie Walker Championship”