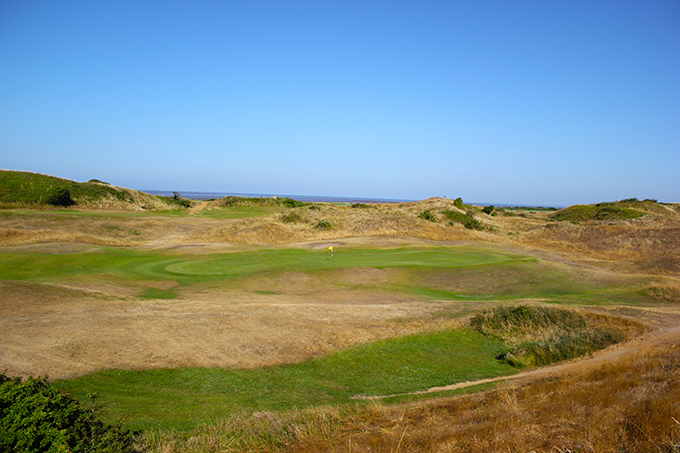 The 2nd green at the stunning Burnham & Berrow GC 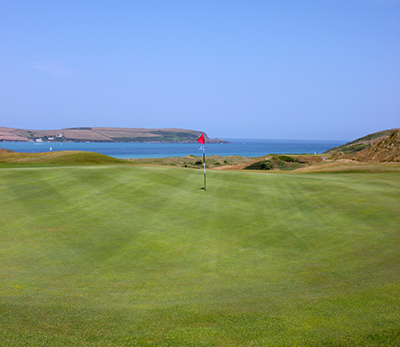 Looking across the 17th green out to the Atlantic Ocean

Golf takes us to some great places and there is nothing like playing a links course. For me it’s a true test of someone’s game and how the sport’s founding fathers perceived it should be played. For those who don’t know from where the term ‘links’ derives, it was the name given to land that linked arable land to the sea. Crops couldn’t grow on the hard sand-based soil between the dunes and so it was seen by farmers as simply wasteland and become known as ‘links’.

What it did turn out to be more than useful for was golf – and now that same wasteland is some of the most sought-after in the world. One such stretch runs along England’s southwest coastline from Somerset to Cornwall. Known as the Atlantic Links, it has some of the most historic and beautiful links golf courses in the world.

I do understand the impulse to travel to Scotland and Ireland to play links golf because those destinations are truly a pilgrimage. But once undertaken, like the great course designers Herbert Fowler, Harry Colt, James Braid and even Old Tom Morris himself you need to expand and play some of the other great links courses – and there is no better place to start than the Atlantic Links Tour where the aforementioned visionaries produced some of their best work.

The short par 4, 10th hole and its raised green on Saunton’s East Course