Set amongst the Bukit Kiara hillside some 5 miles from the heart of Kuala Lumpur, the Kuala Lumpur Golf & Country Club was originally designed by Robin Nelson in 1991. Since then the course has gone through a recent redesign which was undertaken by Parslow and Associates who extensively reconstructed the layout over a period of eighteen months.

The new West Course reopened for play in October 2008 with the East course opening two years later in 2010. It’s a golf course that rewards the shot-maker and gives fantastic views of the hole you are playing and the surrounding scenery it sits in. The undulating fairways offer plenty of shot options into the greens and where water comes into play on thirteen of the eighteen holes, with an additional lake on the ninth hole.

Sergio Garcia 12/1 has eleven Top 25 finishes from seventeen starts so far this year, with his last being a Top 10 finish at the Tour Championship. I do feel Sergio will want to start the 2013/14 PGA season well and with his new putting style looking solid, combined with his ball striking abilities, I am sure we will see him starting in the last pairings come Sunday.

I am going to stick with Nick Watney 20/1 this week, how can you dismiss someone who fires a final round 61 to claim the title in this event last year? It may be a different track Watney will be playing this year but with his confidence and with his game in great shape – he finished the FedEx Cup with three Top 15 finishes – Nick looks a good bet to defend his title.

This is a tournament that Bo Van Pelt 33/1 seems to enjoy competing in. Bo won this event in 2011 and finished a runner-up defending his title, missing out by one shot to Nick Watney who fired a final round 61. Van Pelt competed in last week’s Perth International and finished in the Top 20, his final round 73 saw him slip down the learderboard, but with a bit of acclimatisation under his belt I think he will want to reclaim that title from Watney. 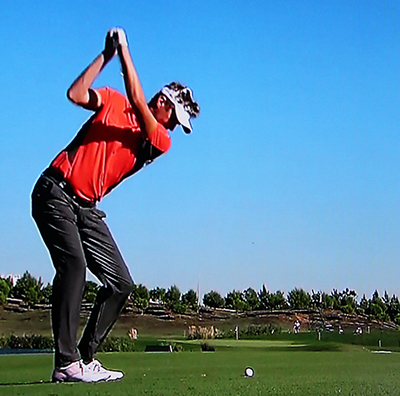 Well it took David Lynn 55/1 nine years to notch up his third European Tour victory firing a final round 63 to win the Portugal Masters and I am sure the lad from the Potteries will be looking to add his first PGA Tour victory this year. David should be full of confidence this week and with two Top 10 finishes this year and his runners-up finish to Rory McIlroy in the PGA Championship last year, Lynn has shown he has the game to win on this tour.

One man who has started the 2013/14 PGA season well is Jeff Overton 50/1. Jeff has not been outside of the Top 20 in the two events played so far and at these odds is a great each-way bet. A 2010 Ryder Cup player it looked like the lad from Evansville, Indiana, was going to go on to great things, but his game slipped backwards over the following years. But the abilities like most of the guys out here is there, it’s just a case of getting the mental side right and that looks to have happened with Overton.

It looks like the bookies have cottoned onto Camilo Villegas 80/1, I was surprised to see him this low in the betting odds, I thought we would get him in the 100s but it looks like the bookmakers have been doing their homework (damn!) Like me they obviously think the Colombian is coming back into form and his final round 65 at the Frys.com Open seems to confirm that, the blemish was his third round 77 that effectively put him out of the tournament. He did miss the cut at the Shriners Hospitals for Children Open, but again he shot a 66 and I think we could see Camilo back to his best golf this season.