The European season and the race to Dubai reaches its climax this week on a course that is perfect for this type of shoot out. Greg Normans Earth course opened with the staging of this event back in November 2009 where Lee Westwood (28/1) won that year with a score of -23.

Talk about bringing coals to Newcastle, or Sand to Dubai, which is exactly what has happened here. The bleached white sand in the fairway waste areas and bunkers was imported from North Carolina. There really isn’t too much rough to worry about, but the players will have tricky recovery shots off the red wood chips if they do manage to miss these wide fairways.

The most challenging hole is the final hole, with its rock-lined stream meandering up the middle of its 620-yard fairway. The hole gently climbs to the huge and undulating green, a fitting crescendo to this 7706 yards track.

With five of my picks making the Top 10 last week I will be sticking with most of them this week, and the first one is going to be Ian Poulter 10/1 who finished last week in the Top 5 after firing a final round 69. Ian is on a great vain of form after his break and has had two Top 5 and a Top 15 over the three events played so far, and with the money on offer this week Poulter can still clinch the Race to Dubai title with a win here.

Another one of my picks from last week was Justin Rose 7/1 who followed his Top 5 finish at the WGC HSBC Champions with a third place finish at last week’s Turkish Airline Open. Justin finished in seventh place in the FedEx Cup rankings and is in the runners-up spot on the Race to Dubai, another good finish this week could see Rose capture the title.

Will Henrik Stenson 10/1 be the first to hold both the FedEx Cup and Race to Dubai titles, it’s all in the Swedes hands. Henrik hasn’t quite got back to the form that saw him lift the FedEx Cup title, but last week’s Top 10 finish at the Turkish Airline Open where he opened with a 64 showed that he is not far from being back to playing some of his best golf. And with history beckoning I think Stenson will step up to the plate this week. 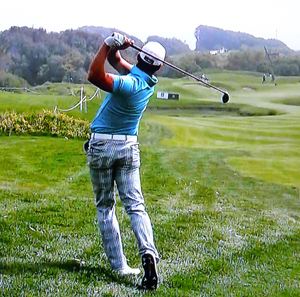 A player who made a big move on the final day of last week’s Turkish Airlines Open was Jamie Donaldson 25/1 with his final round 63, which moved him up the leaderboard six places. Jamie now sits in fifth place on the Race to Dubai leaderboard. Donaldson has had two Top 10 finishes over the last two weeks and has come into form just at the right time.

It’s hard to pick between Bernd Wiesberger 28/1 and Ross Fisher 33/1 as they both come into this week in good form, but I just have a bit of a hunch about the Austrian and the way he moved up the leaderboard last week with two final rounds of 66 & 64 which seems to suggest he is coming into some great form. Bernd hasn’t won an event this year after taking two titles last year and I think Wiesberger will want to put that right here this week.

Marc Warren 80/1 seems to have found a way of playing well in some of the big events this year, a runners-up finish at the BMW PGA Championship was followed up three months later with a twelfth place finish at the US PGA Championship. Marc finished last week’s Turkish Airlines Open with rounds of 66 & 65 and should come into this week in confident mood.