Phil Mickelson 12/1 has a bit of a love-hate relationship with Pebble Beach. Phil has won here three times but missed the cut twice defending his title, and while defending last year just managed 60th place. Mickelson has no runners-up finishes here which is unusual for him, it’s win or bust and I am going for the California’s first win of the season in his home state.

Dustin Johnson 14/1 loves playing here but is another player who has both fond memories along with one particular nightmare when he looked all set to capture his first major title in the 2010 US Open Championship, but had a total collapse in the final round. Apart from his two wins here Dustin has two other Top 10 finishes and has not been outside the Top 20 in his four starts so far this season.

We did tip Hunter Mahan 16/1 two weeks ago in his first tournament back, but maybe that was a bit too early. Hunter played well at last weeks Phoenix Open closing with rounds of 65, 68 and should come into this week in confident mood. Mahan has not been outside the Top 20 here since his runners-up finish in 2011, so look for him to be challenging here this week.

Graeme McDowell’s 33/1 last outing was at the Northwestern Mutual World Challenge and the Irishman has not been outside the Top 20 in the three tournaments that he has played this season. I say this season but they were all played at the back-end of last year. Graeme will have very fond memories of his US Open Championship win here and I am sure he will want to do well in what is the start to his build up for the Masters. 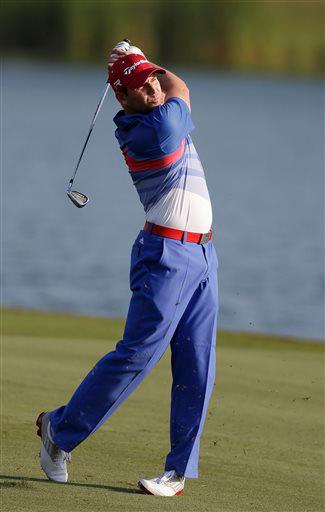 Chris Kirk 33/1 currently sits in third place on the FedEx Cup standings with a win and a runners-up finish already to his name from the six events played. The Georgian didn’t have the greatest of weeks at the Phoenix Open but I think he will bounce back this week and his runners-up finish here last year should put him in a more positive frame of mind.

We backed Roberto Castro 100/1 a couple of times last season and won a bit of money on the Texan, so it was good to see him back inside the Top 20 last week firing a final round 66 to move up the leaderboard thirty-five places. Roberto also made the Top 25 at the Humana Challenge and although he has also missed two cuts as well this year, he finished last season with three Top 10s in his final seven events and was only outside the Top 25 once.