The 7,053 yards, par 72 Diamond Course was designed by English architect Jeremy Pern, the once Vice President of the British Institute of Golf Course Architects. Opened in 2002, the Diamond course features water hazards on seventeen of the 18 holes, including the 192-yard 11th and 159-yard 15th par 3s, where both tee shots are played to island greens. If you manage to negotiate all of that, then you only have the 457-yard par 4 18th to complete, with water on the left of the fairway and out-of-bounds on the right! 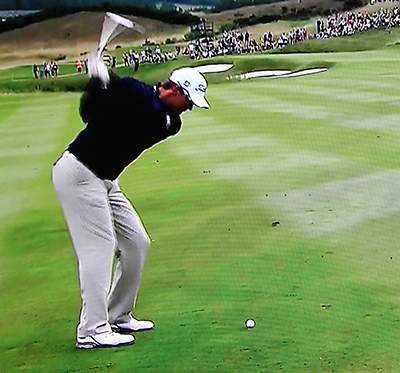 Regular punters to this guide would know we won a nice bit of money on Joost Luiten 5/1 – you can get him at 6/1 with 888 Sport – last year and tipped him to win this event, and I see no reason why the Dutchman won’t defend his title well this week. Joost has only been outside the Top 16 once in five events on the European Tour so far this year, and with this being his warm-up for the following weeks’ US Open I expect Luiten to be in the thick of it come Sunday.

It’s not been the greatest of seasons for Austrian Bernd Wiesberger 9/1, but I am sure he will up his game in front of this week’s home support. Wiesberger did have a runners-up finish in the Malaysian Open and a Top 10 at the Dubai Desert Classic so it’s not been all bad, but for someone who has had a win and a Top five in this event over the last three years, he is another player I expect to be in one of the final groups come Sunday.

Well it’s a bit hard to ignore Romain Wattel 16/1, he is someone I know who is coming back into form, finishing just outside the Top 10 at last week’s Nordea Masters and coming to a track where he had a Top 5 finish last year, and a Top 20 the year before. Wattel had a Top 5 earlier in the season at the Dubai Desert Classic but it’s taken a while for him to recapture some form and his final round 67 at Wentworth a couple of weeks ago seems to have been the key he has been looking for.

Eduardo De La Riva 28/1 – you can get him at up to 40/1 with 888 Sport – shot a second round 65 on this track last year on his way to a Top 10 finish, and with three Top 25 in his last 5 events shows the Spaniard is playing some good golf. Eduardo is still waiting on his maiden European Tour victory, but does have a win on the Challenge Tour. It’s not the strongest of fields this week and if can get off to a good start like last year, I think that new found confidence in his golf game may just see him in one of the final pairings come Sunday. 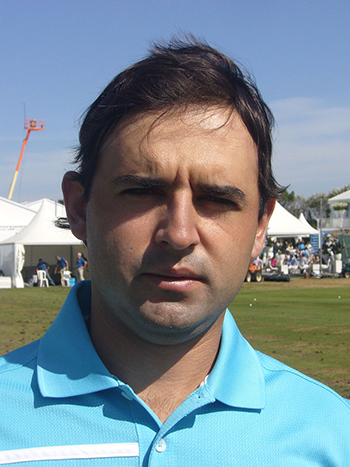 It’s been a strange few weeks for Fabrizio Zanotti 66/1 with two Top 20 finishes and two missed cuts sandwiched in between them, even if that run continues it should see him challenging here this week after missing the cut at the Nordea Masters, but it was Fabrizio’s Top 16 finish at Wentworth in the BMW PGA Championship, two weeks after his third place at the Madeira Open that showed he is only one decent round away from being right in the thick of things.

Bradley Dredge 66/1 – you can get him at up to 90/1 with 888 Sport – has had two Top 20 finishes in joint European and Challenge Tour events this year, and Sundays Top 25 finish, even with a final round 76 – saw him drop out of the Top 10 and down the leaderboard nineteen places – which must have been a big shock to the system as it cost him over €30k. But lets not forget the good work that he put in earlier in the week with two good rounds in the 60s. Bradley missed the cut the first time he teed it up on this track, but played all four rounds last year and I think with his recent form we may see him challenging for the Top 5 again this week, but I am obviously hoping he puts in a better performance than in the Nordea Masters!