The regular tour heads to Greensboro North Carolina and it has a feeling of “After the Lord Majors show” now all the major championships are completed, but I am sure once the tournament gets underway, we will have some great golf, and what a course to be playing on.

It seems like the work Butch Harmon is doing with Brandt Snedeker 14/1 is starting to pay off, a couple of good final rounds of 66, 67 saw the lad from Tennessee move up into the Top 15, his second in a row at last week’s US PGA Championship. Brandt has had at least one win every year since 2011 and I don’t see that changing. He is a past winner of this event, so look for him to be in the thick of it at the weekend.

Hideki Matsuyama 20/1 with Ladbrokes did finish the US PGA Championship with a final round of 68 which lifted him up the leaderboard twenty places, it’s been a strange time for the lad from Ehime, Japan since his win at the Memorial Championship, with only one decent finish since then at the WGC Bridgestone Invitational – where he finished in twelfth place. But it’s a weak field this week and we know Hideki has the talent to win multiple events, so look for him to be involved come Sunday afternoon.

It’s hard to see what has happened to Webb Simpson 20/1, he was in fantastic form at the start of the season with a win and three other Top 10 finishes from his first four events. Webb has had a couple of Top 5 finishes in the last few months but just when you think he has got his game back on track he missed the cut at the US PGA Championship. It is a weak field this week, with players taking a break before the FedEx Cup series starts, so I do expect Simpson to be challenging at the weekend. 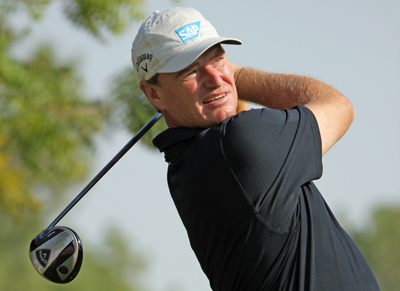 After shooting a final round 65 that shot him up sixteen places on the leaderboard, and with one of the lowest scores of the day on the final round of the US PGA Championship – Ernie Els 28/1 with PaddyPower will be in boyant mood. The big easy hasn’t won on the PGA Tour for two years and if he is going to change that stat there is no better time to do that than this week, and if he continues here where he finished off at Valhalla the big South African won’t be far away.

Another player who had a solid US PGA Championship was Brooks Koepka 40/1 who had two great final rounds of 66, 67 that saw him move swiftly up the leaderboard. The Floridian has been threatening to break-through for a while since turning professional in 2012. This year has been a big year for him money wise with a Top 10 and Top 5 finish, and I think we just may see him win before the year is out. This week with a lot of the bigger players taking a rest, there is no better time for him to grasp that nettle.

There are some great outside bets this week and David Toms 100/1 with Sporting Bet has always done well here, Stephen Gallacher 90/1 with StanJames who has been in great form and Gonzalo Fdez- Castano 125/1 with 888Sport. But I am going to plummet for the Spaniard. Gonzalo has put together some great rounds but just hasn’t been consistent enough until the Canadian Open a couple of weeks ago to put four rounds together. Gonzalo has stuck to his belief he can do well on the PGA Tour, his only weakness is his putting, but he is certainly one of the better ball strikers on the tour and I expect him to make the break-through at some point and it could just be this week.