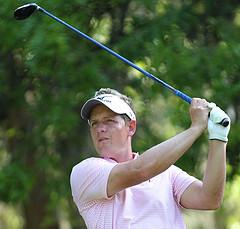 World Number One Luke Donald defends his title this week at the Bankia Madrid Masters. Donald said: “It had been a while since I’d won, so my victory in Madrid last year gave my confidence a big boost. Any time you win, it always gives you a lot of satisfaction that all the hard work has been worthwhile. It was the start of an incredibly consistent run for me, so I’ve got great memories of my win. When you’re playing well you tend to enjoy your golf more, and that was certainly the case for me in Madrid and in the weeks that followed it”.

This year the €1million tournament is being held for the first time at El Encín Golf Hotel, which was described by Gonzalo Fernandez-Castaño 40/1 as “a great golf course, with undulating greens and superb bunkering. It is a typical Robert Von Hagge design, with very good facilities. I played the course a few weeks ago and found it in top condition. Everybody at the club is working hard for a successful tournament”.

El Encín Golf Hotel, which opened last March, is located on the outskirts of the historic village of Alcalá de Henares, some 21 miles north east of Madrid. The stunning mountains of the Santos del la Humosa region overlook the 7,561 yards, par 72 course.

I must sound like a broken record every week when it comes to Luke Donald 4/1 but I think if you have put money on him every week, you would have made a very handsome profit. And at 4/1 the bookmakers are not giving much away.

Matteo Manassero 20/1 blew the cobwebs off last week at the Dunhill Links Championship after a month off, taking his exams. He played some steady golf to finish on -7, so look for him to be in the thick of it over the coming weeks. 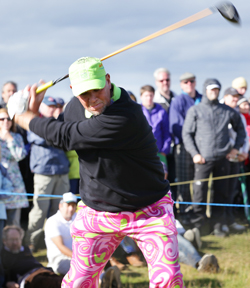 Jaco Van Zyl 25/1 is the latest South African to start making waves on the European Tour after coming through qualifying school. He is not new to winning tournaments having won nine events on the Sunshine Tour. He has finished in the Top 20 in five of his last six tournaments.

Three rounds in the 60s shows Thomas Aiken 50/1 is coming back into form after the horrendous streak of missing five cuts in a row. But having already won this year, I didn’t think his game had deserted him and it was only a matter of time before he came out the other end.

Lorenzo Gagli 50/1 finished very well at the Dunhill Links Championship shooting a final round 66, so should come into this tournament on a high. It’s a great time for Italian golf and it won’t belong before Lorenzo steps out of the shadow of his famous compatriots.

Hopefully John Daly 125/1 doesn’t throw a club into a lake and walk off this week and we get the John Daly that turned up at the Dunhill Links and shot -9 and if he continues in that vain, he still has the game to win a tournament and at these odds is worth a couple of quid.

For betting odds updates during the tournament, click here