The PGA Tour moves to the famed Harry Colt and Charles Alison designed Seaside Course at the Sea Island resort. Tom Fazio updated the course back in 1999 and not long after it entered Golf Digest’s list of Top 100 Courses.

Tour golf is not the only claim to fame of the Sea Island resort, the G8 held one of its summits here back in 2004. Sea Island’s story is a fascinating look at America’s past. Howard Coffin founded Sea Island Investments back in 1926. Coffin was founder of the Hudson Motor Company and designed the original Hudson Motor Car, one of the first mass produced motorcars, which sold for less than $1000. 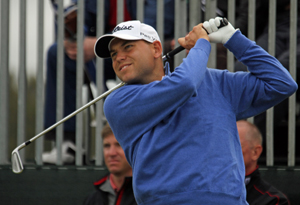 It was good to see Webb Simpson –16/ 1 with PaddyPower – back in contention after his meltdown in the Ryder Cup, although he did manage to half his singles match with Ian Poulter and with a 65 second round at last week’s Shriners Hospitals for Children Open which saw him make the Top 5, shows the lad from North Carolina is coming back to form. Webb had a great start to the season last year and had a Top 10 in this event and I expect to see him to be challenging again this week.

Someone who finished last season in great form was Bill Haas –18/1 with BetVictor – who wasn’t outside the Top 20 in his last five events, one of those a runners-up at the Wyndham Championship and another was a Top 10 at the Deutsche Bank Championship. This is the first time Bill has teed it up here since 2010 when he stormed through the field with final rounds of 65, 66 to take the runners-up spot. I am sure he will have fond memories of that this week. 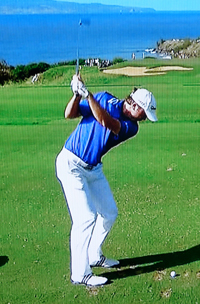 This will be the second week I have tipped Martin Laird – 40/1 with StanJames – who was challenging again at last week’s Shriners Hospitals for Children Open until his final round 71 saw him slip down the learderboard nine places. On the positive side it was the Scot’s second Top 10 finish following on from his third place at the Frys.com. It looks as though going back to his old coach has paid dividends already, but if Martin was to get his putter going then I don’t think there are many in the field this week who will stop him.

Charles Howell lll – 50/ 1 with PaddyPower – seems to have made the Top 10 in this event every other year so I am going to stick with that progress as he also comes into this week on the back of a good finish at last week’s Shriners Hospitals for Children Open, where a final round 67 saw the lad from Augusta, Georgia move up the leaderboard sixteen places.

This is Tony Finau’s – 50/1 with BetVictor – first full season on the PGA Tour after winning his card on the Web.com tour. Tony is not new to the Tour having played in one event in 07, 08 and 11. Finau has started well with two Top 15 finishes in the first two events of the Fall Series. The lad from Utah shot a second round 65 at the Shriners Hospitals for Children Open, which put him in great shape to challenge at the weekend, but a third round 70 saw any ambitions of winning the event deteriorate but he recovered well to move up ten places with a final round 67

Heath Slocum –150/ 1 with BetVictor – has missed the cut in both events at the start of the Fall series, which was a surprise considering he finished last season with a Top 5 and looked like he had got his game together when he opened up with two consecutive 65s. Heath won this event back in 2010 opening up with three straight 66s’ and he has only been outside the Top 20 once since that time. He maybe coming into the event on the back of two missed cuts, but he obviously likes this track.