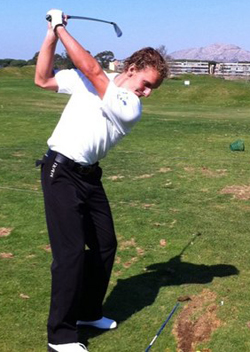 The European tour gets back underway this week and it’s the fifth consecutive year that the Open de Andalucia on Spain’s Costa del Sol is the first mainland European tour event.

The Club de Golf Aloha was originally designed by Javier Arana in 1975 but completed by Enrique Canales due to Javier’s sudden death. Javier had designed the course, the greens had been seeded and bunkers put in place, but there was no drainage or sand. This is where Canales took over and completed what was to become one of Spain’s Top golf courses.

The course will be playing 6881 yards for the Open de Andalucia, not a long course by today’s tournament standards. This hilly, tight layout has several blind shots to the multi tiered greens, so strategy more than length is going to be a key factor this week. But players can get off to a great start on both nines as both open with par 5s, so look for some low scoring this week.

Lee Westwood won the inaugural event in 2007 round Club de Golf Aloha, and he enjoyed the course stating: “Aloha is a traditional course, where instead of booming drives you need to use your head, as well as all the clubs in the bag. This is a course that makes you think.”

A lot of players will be travelling home from the US for this tournament, and that may effect them this week so I am going for Joost Luiten 25/1. Joost won the Iskandar Johor Open at the back end of last year and had thirteen other Top 20 finishes, he also  finished in the Top 20 in his last outing at the Avantha Masters.

I think Jaco van Zyl 40/1 is a great golfer and at these odds has to be worth a bet. The South African has had four Top 25 finishes out of his five events played so far this year, with two Top 5 finishes back in his homeland. 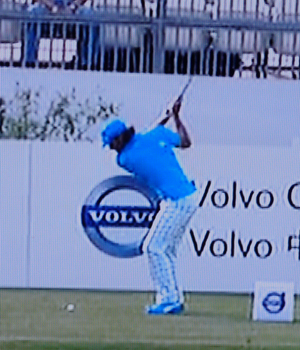 Johan Edfors 45/1 last outing was in the Omega Dubai Desert Classic where he finished in a respectable sixteenth place. Johan had ten Top 20 finishes last year with five of those coming in the Top 10, so look for the Swede to be competing here come Sunday.

There are quite a lot of good each way bets out here this week and the 2008 Champion Thomas Levet 51/1 who won on this track is one of them. A winner at last years Alstom Open de France shows the 44 year old Frenchman can still compete at this level.

Argentinean Tano Goya 50/1, has already got off to a good start this season with his sixth place finish at the Avantha Masters. He also finished in the Top 15 at the Omega Dubai Desert Classic and an improving year last year that saw him finish in the Top 25 seven times. I think the 23 year old is overdue to pick up his second European Tour victory.

Lorenzo Gagli 70/1 hasn’t got off to the greatest of starts this year but the Italian did bag himself ten Top 25 finishes last season with six of them coming in the Top 5. I think this year will see the Florentine win his first European Tour event.