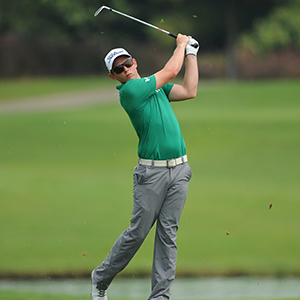 The FedEx Cup moves to its penultimate climax and a new venue for the BMW Championship the Aronimink Golf Club, which not surprisingly was originally the Belmont Cricket Club. The club has moved several times since members decided to build a few golf holes around the outfield of the cricket pitch, but their final move came in 1926 when they moved to Newtown Square and Donald Ross was commission to design a new course.

Aronimink Golf Club has several claims to fame that should be remember, firstly when John Shippen an African-American was appointed the professional and succeeded James Campbell who was the clubs first professional. Another was a caddy at the club by the name of John Joseph McDermott who would become the first born and bred American to win the US Open Championship, which he defended the following year.