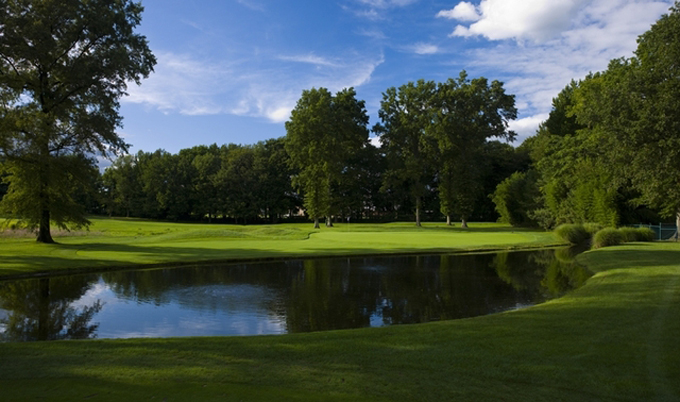 Donald Ross once said of the Plainfield Country Club in Edison, New Jersey “Plainfield Country Club, with gently flowing hills, where golf holes can roll across the landscape.” At only 6,964 yards and a par of 71, its not the longest on tour, the course is actually 7,125 yards from the Blue tees, but the PGA have decided not to play its full length, which could mean plenty of birdies.

With the Top 125 players on the FedEx Cup standings playing this week, most of the worlds top players will be competing and hopefully we will see some great golf.

My picks to win: You can’t look past the world number one who currently sits forth on the FedEx Cup list Luke Donald 14/1, his consistency has now become a byword for his game and with Plainfield CC not being the longest course, look for Luke to be in and around the leaders come Sunday night.

Keegan Bradley 50/1 fresh from celebrating his win in the PGA Championship and know doubt a bunch of Bud Lights could go onto great things. If Keegan were to win here he would be the first play this year to win three tournaments. But with ten Top25 finishes this year, it’s not beyond the 25 year old from Woodstock.

Nick Watney 25/1 currently sits at the summit of the FedEx Cup list and has two wins under his belt this year. He is Mr. consistent, of the seventeen tournaments he has played this season he has made the Top25 in thirteen of them, eight of those in the Top10, that is great golf.

My each way picks: As most of you know who have been following my betting guide, we have backed Tommy “Two Gloves” Gainey 100/1 quite a bit and he has done us proud. His gutsy performance on Sunday after going bogey, par, double bogey to then knuckle down and make four straight birdies shows you the determination of the man. I still believe he will win a tournament this year and you can be sure he will give it everything.

Brandt Snedeker 100/1 is another consistent performer of the 21 tournaments he has played this year he has made the Top25 ten times, five of those in the Top10 and of course his win at The Heritage.

Vijay Singh 80/1 had a great finish at the Wyndham Championship shooting a final round 65 and the man from Fiji is in great form. He sits at 36th on the FedEx Cup list, if Vijay gets hit putting going, nothing will stop him. I have never seen anyone hit the ball as good as Vijay strikes it, maybe he will make it four in a row for the belly putter.