The Magnolia is the longest of the Disney courses and is your normal tour style design with wide fairways, eleven of the eighteen holes have water. The course meanders through 175 acres of thick Florida wetlands. There are ninety-seven bunkers guarding large undulating greens, including the famous Mouse Trap that protects the Par 3 sixth hole.

The Magnolia has been the home of the final round of the Children’s Miracle Network Hospitals Classic since 1971. Jack Nicklaus shot final rounds of 68, 64 and 67 to win the first three Disney tournaments between 1971-73. Payne Stewart holds the course record when he shot 61, which included nine birdies and one eagle back in 1990.

Disney’s Palm course is the toughest of the original Disney courses and is rated by Golf Digest as one of the “Top 100” Resort Courses in the country. It’s not one of the longest on the tour measuring in at 6,957 yards from the back tees, but it offers a stern strategic challenge, nine holes have water on them and feature tight heavily wooded fairways.

Justin Rose holds the course record here shooting an opening round of 60 at the 2006 event. 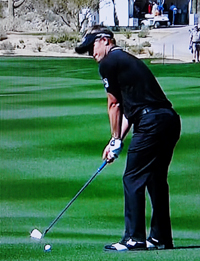 What can you say about Luke Donald 8/1 record this year, he’s played in 18 events on the PGA Tour and has been in the Top 25 in fifteen of them, thirteen of those being in the Top 10.

Its not been a vintage year for Justin Rose 14/1 but he seems to be coming back into form after his unexpected win at the BMW Championship. Justin has had five Top 10 finishes and twelve in the Top 25 from twenty-two starts, so its not been as bad as you may think.

Web Simpson 8/1 like Donald seems to be playing on auto pilot at the moment, in his last six outings he has finished, 1st, tied 10th, 1st, 5th, 22nd and 2nd, throw in another thirteen Top 25 finishes and you can see why the bookies are now making him joint favourite with Donald. 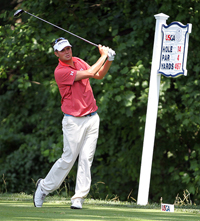 Jeff Overton 40/1 has had a miserable couple of weeks missing three cuts in his last five tournaments, but seems to have recovered his form with a great finish last week at the The McGladrey Classic, coming in tied 6th after shooting two 66s and two 69s.

In his last two seasons Heath Slocum 50/1 has won a tournament, but so far this year his game has been slightly off and has had a mixed bag of finishes. Heath shot two rounds of 66 at the McGladrey Classic, which hopefully is an indication he is about to get back on track this week.

I think Tommy Gainey 66/1 is reinventing what roller coaster means, he has missed five cuts in his last eight tournaments and finished third twice and 69th, he has also had seven Top 10 finishes this year, so expect anything from Tommy this week.

For updates and betting odds during the tournament click here.