Imagine standing on a windswept sand dune in the Southern Nevada desert during in the late 1800s, when Las Vegas was on the verge of rising from the earth to become what is now one of the world’s top travel destinations.

Before the 20th century, golf venues such as Carnoustie (1850), Prestwick (1851), Royal Troon (1878), Muirfield (1891) and, of course, the earliest known links layout at St. Andrews (1400s) had already taken root in the sands of the British Isles and have since stood the test of time to become some of the most sought-after golf pilgrimages on the planet. Unfortunately, for the bucket-list golfer, it could take several trips abroad and a second mortgage on the house to play them all.

Well, that’s why Las Vegas exists – a place that brings an illusionary world to one location. That goes for golf courses, also. And thanks to one modern-day visionary, Bill Walters, we can now have our golf and play it, too! 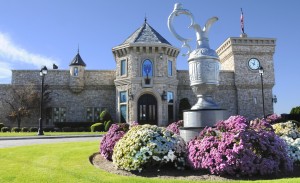 Serving as a one-stop links playground, Royal Links GC manages to transform golfers to the heathery landscape located right under the shadows of monolithic gambling superstructures by replicating a jackpot of 18 holes from eleven different host venues of the British Open. 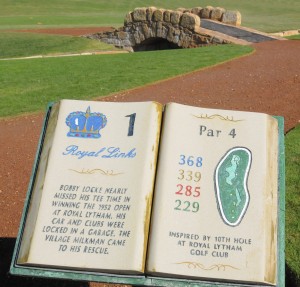 The Swilcan Bridge awaits at the 1st hole © Robert Kaufman

The big difference is it’s a sure bet to get what you bargain for at Royal Links.

With no passport required, the Golf Road Warriors traveled to the other side of the pond only minutes away from The Strip and arrived at Royal Links on a day when the temperature was abnormally under par along with blustery winds. An otherwise perfect day for links golf in the British Isles. But wait a minute, I’m in the usually sun-baked desert and now find myself wanting to strap on some extra layers and sip on a hot tottie. Well, that is exactly what I did before heading to the first tee over the St. Andrews’ look-alike Swilcan Bridge (stopping for the customary photo pose), which, oddly enough, leads to a replica of the 10th hole at Royal Lytham.

Another uncanny marvel of playing golf at Royal Links is, along the way to our inaugural tee shots, we somehow added a couple extra curvaceous bodies, best known as ParMates, to assist as caddies. I could have sworn my drink wasn’t that potent since the last time I had a caddy for 18 holes, he (“he” being the operative word) wasn’t even close to being easy on the eyes as who was standing alongside me. 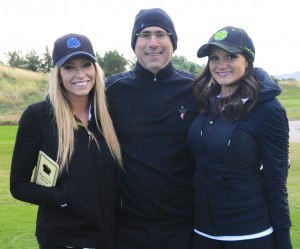 Jeff Wallach bundles up with his ParMates © Robert Kaufman

I’ve stood at Old Tom Morris’ grave in St. Andrews and, rest assured, he’d be turning in it if he knew some of the amenities now available with links golf.

For the record, as I was briefed, ParMates perform nothing more, nothing less than what is expected from a typical caddy. Anything else happening beyond that remains at Royal Links.

Short of receiving a Vegas strip search, off we all went down the bump-and-run fairways at Royal Links. There’s no ocean in sight so, imagination is key here to getting the most out of a links-style adventure. As noted in the remarkable yardage guide/British Open history book, Walters states, “in designing Royal Links, worked diligently to ensure that every aspect of the golf experience reflects the spirit of play found in the British Isles.” 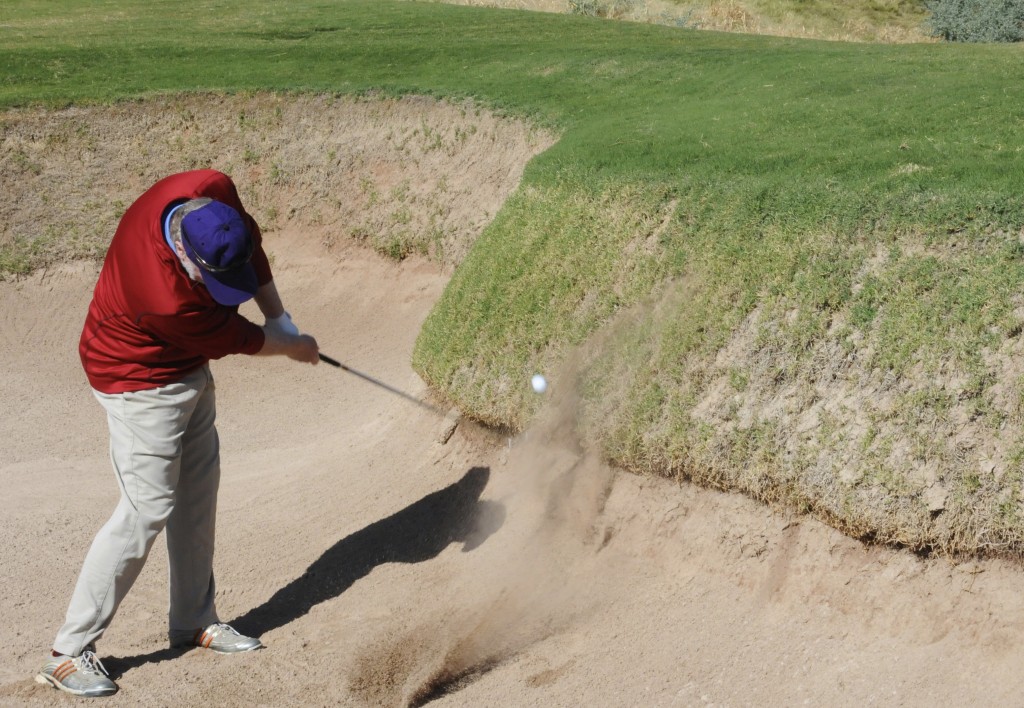 To that end, storybook monuments, etched with hole descriptions and historical anecdotes, are erected at every tee box to enhance the atmosphere. Of course, you can just as easily rely on your ParMate to point you in the right direction. Just be on guard if they steer you in the wrong direction at St. Andrews’ “Road Hole” (#10) or into Hell’s Bunker on the finishing hole inspired by #14 at The Old Course. 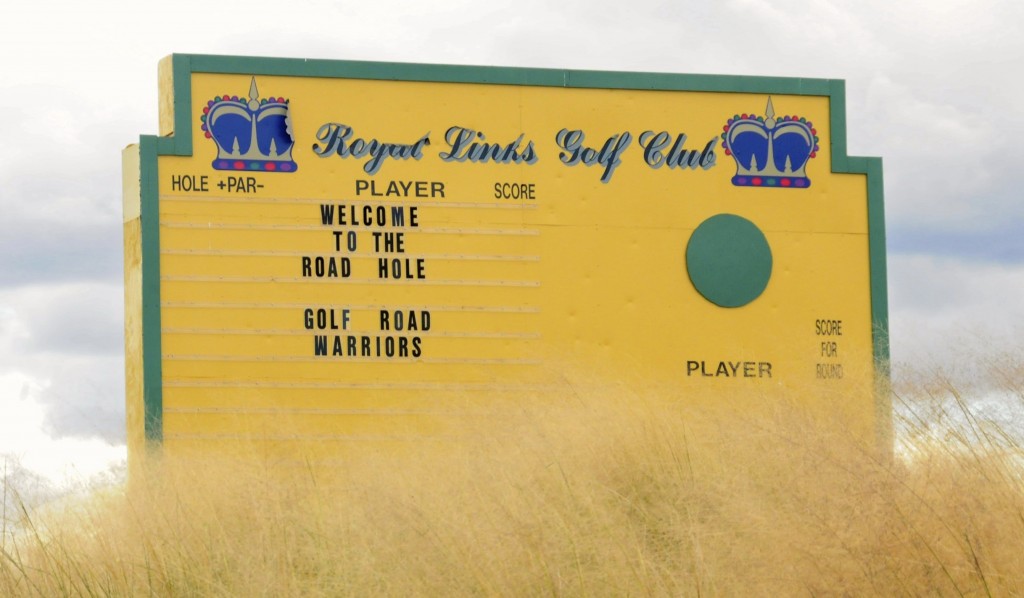 The "Road Hole" welcome for the GRW © Robert Kaufman

In this desert kingdom of many course options, there is no question Walters Golf reigns supreme with their ability to package fun and golf. If you don’t already have your transatlantic plans set and want to get a preview of the 2013 Open Championship, the ninth hole (a.k.a. #5 at Muirfield GC) awaits at Royal Links. It’ll be a lot easier on the pocketbook.