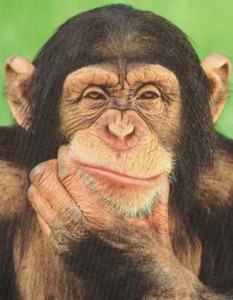 I used to until…

Do you consider yourself a rational, logical thinker as opposed to someone who operates from his or her heart or gut?  If you do, it’s an illusion.  Despite the fact that we like to think of ourselves as intelligent rational beings, the truth is that we don’t really make decisions based on rationality at all – and what’s more, you probably react more like a five-year old.

I was recently having a conversation with a highly educated friend (in fact a professor) and we were discussing what approaches we typically take to respond to choices or problems.  For many years, I would have claimed that I was brain over heart-centered.  She claimed that she still is, that she must process everything slowly and carefully, mulling over her experience, the evidence, options, and possible outcomes.  Could it be that she is wrong?  Could it be that her subconscious has much earlier made her decision and that either she isn’t listening to her body and feelings or that she is trying to build a framework of justification around it – to support her actions?

In fact, scientists from the Max Planck Institute for Human Cognitive and Brain Sciences in Leipzig used brain scanners to investigate what happens in the human brain just before a decision is made and found they could predict from brain signals which option participants would take up to seven seconds before they consciously made their decision.

And many neuroscientists such as Anthony Cashmore, Professor of Biology at the University of Pennsylvania, claim that the concept of free will is an illusion.

And it is entirely possible that my mature adult professor friend and I are actually controlled by the five-year old within us.  That’s right!

Our five-year old within us actually controls most of our thought processes.

Linda Paull describes the process as such.  “When we started out life as a kid, it was kind of like driving a car on a windy road. When life threw us challenges that our child-brain wasn’t able to understand or deal with (by challenges, I mean things that simply felt bad), we had no other option but to try to avoid them. Sounds logical, doesn’t it, I mean what else is a 5-year old supposed to do?

But while we were avoiding these potholes, we inadvertently created neural pathways in our brains, which provided the blueprint for how we were going to deal with the same problem in the future. But we have since grown up and now we process things via our logical thought process, right?”  Wrong!

What we have collected over the years is a veritable treasure trove of judgments, opinions, avoidance strategies, and just plain unproductive thoughts and beliefs stored deep down in there which are no longer serving you. And just like the driver who likes to drive on autopilot, taking the path of least resistance, we keep finding ourselves continuing down the same well-worn pathways in our minds, which means we keep on running into the same problems and situations in our lives.”

Over the years, we constructed a framework of beliefs to support that five-year olds responses – most of which we inherited from our parents and authority figures.  Those beliefs of a young child may no longer be relevant or serving us as we mature.  At the very least, they deserve awareness and we can always grow and re-invent ourselves.

Have you ever thought about why you avoid doing things that you really want to do?  Maybe you think that you won’t be good at them and this will attract criticism from others (wouldn’t have anything to do with the time some teacher or parent criticized you, would it?).  Similar examples follow us into our adult personal relationships, work, and play.

99.99% of us are going through life operating in a sleep mode on automatic pilot.  Are you?  I know I do.  Something happens and I automatically respond so quickly without thinking.  Driving the car, receiving a compliment or conversely criticism, it is natural to respond without being aware.  If anyone can hit your “hot buttons,” that is a perfect example.  Maybe this is why my friend carefully cogitates and digests everything before making a decision – an overt reaction to her automatic response system gleaned through experience.

Just asking yourself  “Am I asleep?” will wake you up.  Stop, observe, and consider how you might best respond to any situation considering the consequences.  And know that you can trust your heart and gut perhaps more than your brain, because you always have.  You’ve likely been listening more than you can imagine to that five-year old hidden away in your recesses.

All this is neither good or bad, right or wrong, but it helps us to be more present with life if we better understand how we actually do process our surroundings.

So if you are having trouble making decisions, there’s a good chance that you are being too rational. Slow down, do some meditation or quiet reflection, and contemplate how you feel about something rather than what you think about it.  If you feel drawn to one particular outcome or person?  Then that’s the right one.