You may think that this is a golf lesson, but it’s not – it’s really much more than that.  What you choose to believe for whatever your reasons really determines your life’s quality, direction, and outcome.  If you are struggling in some area of your life, rejoice.  Rejoice because it is a signal that you can ALWAYS modify your beliefs and your feelings will signal you where to begin.

Do you want to know a secret?  Most of your beliefs are truly not your own.  You bought into your parent’s beliefs and their parents as well as your and  their teachers and authority figures.  Chances are that only 5% of your beliefs are truly entirely yours (yes, there are exceptions).  That is not a good or bad thing, but may illuminate why you always have an opportunity to grow and establish and truly OWN new beliefs.  If all parts of your life are working and cause you no pain or angst, don’t change a thing.  If they aren’t, the first, best, and last place to look is at your underlying beliefs.

Maybe you are sold on your perspective, but here’s a little story.  Put me on a beach anywhere and I am quite certain that the earth is flat.  Put me high up into space where I can begin to observe the curvature of the earth and I begin to alter my view.  Put me on the moon, I will likely completely change my view.  It all depends upon my or our perspective.  You see, our perspectives on life are miniscule and sometimes it’s good to draw back and take a broader perspective.

I have recently worked with two PGA TOUR winners.  Both of these young men are very similar in so many appearances, but their stories are becoming dramatically different.  Both are about the same age.  Both are among the top 10% in PGA TOUR driving distance, both are healthy and very athletic, and both are very friendly personable sorts.  Each is immensely coordinated and talented to play golf among the best ever, yet neither was a prodigy.  Each also has a support team of multiple “experts” (swing, mental, diet, course management, financial, travel/logistics, business, etc.) dedicated to helping them.  One man has been within the Top 15 in the World for the past couple of years and is known to most golfers while the other is playing himself right out of “major league” professional golf.

So what’s the difference between the two.  The only real difference between the two is their beliefs.  It became extremely obvious to me.  On the surface, both are positive, yet at an underlying level, our struggling player sabotages himself while our rising star forgives himself and others, and has a light inquisitive attitude and sponges everything he can, while still believing in himself and his goals.  Most important is what our struggling player believes.  While he believes he is a very talented player, he believes that golf is a struggle.  He is pretty fixed on his beliefs, a rather opinionated individual, and he’s proud of his accomplishments and ready to vigorously defend his positions.  He’s not nearly as open-minded and plays with underlying fear.  He believed a well-known sports psychologist would help him.  That failed miserably as he went from winning to not being able to make cuts.  He knows pretty much everything about most everything; he’s very opinionated, yet in a nice engaging way.  The truth is that his cup so too full for anyone to add to it and help him.

Who’s is right and wrong between the two golf professionals?  I would say neither.  It’s more about the issue of what’s is working and what isn’t.  Our struggling professional is on a journey that is causing him increasing pain and frustration.  He is definitely out of alignment with his best self.  He loves his sport, but not himself or others.  While he’s charmingly personable, he’s not very forgiving and he’s quick to judge others, but most of all himself.  The other golf professional is joyful to watch, observe, and listen to.  His beliefs are just as strong, but he is more keenly aware of himself and his surroundings.  His awareness is keener as is his willingness to consider other points of view.  When something isn’t working, he won’t quit, but he will modify his tactics and beliefs.  When our struggling pro’s journey becomes too painful, he will either quit in failure or he will indeed change his beliefs.

You see in golf as in life, it’s not all about our swing, our mental tactics, or our upbringing.  Our path is more influenced about how we perceive ourselves and others, and how willing we are to change whatever beliefs at whatever level.  It could be as instantaneous as how far we are hitting the ball in the last thirty minutes to a core belief value, but it all goes back to the issue of beliefs.

It matters little if you play golf.  The question you should be asking yourself as you examine your beliefs on or off the golf course is “Are my beliefs and actions grounded in love and joy, or conversely in fear, judgment, scarcity, anger, and the like and are they working for or against me?”  When you become more aware of your beliefs and affect changes in them toward a love-based initiative, your results will become aligned toward your “best self” and over time you will derive more intended results.

“Enjoy the journey and remember that it is never too late to finish strong!” 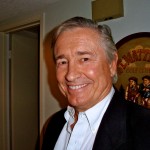 Bob Fagan is a Management Consultant and Coach to executives, athletes, and general folk.  He can be reached via rsf4653@aol.com.