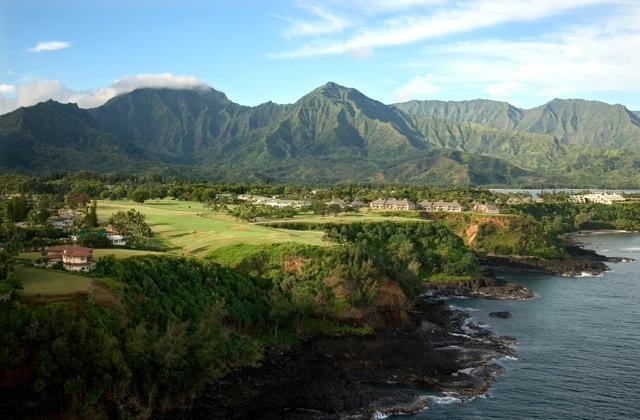 Picture serrated cliffs, crashing surf, lush greenery, and blossoming flowers amid ribbons of fairway punctuated by bright white flashed bunkering and you begin to appreciate the majesty of The Makai Golf Club in Princeville, Hawaii. (Pictured above is the par-four 6th green and par-three 7th.)

Fashioned by the hand of Robert Trent Jones, Jr., who has been a part-time nearby Hanalei Bay resident since the sixties, this former Top 100 Course underwent a transformation by the architect that lifts it back into Top 100 contention. Jones has saved some of his finest work for Kauai, and with the recent renovation there are some who feel that the Makai Course is the best of the lot. You’ll get no argument from me as I was quite taken with the “New Makai.” Regardless, The Makai Course is very popular for its versatility, playabity, conditioning, and spectacular scenery. The site also tends to be a bit less windy that some spots on the island. 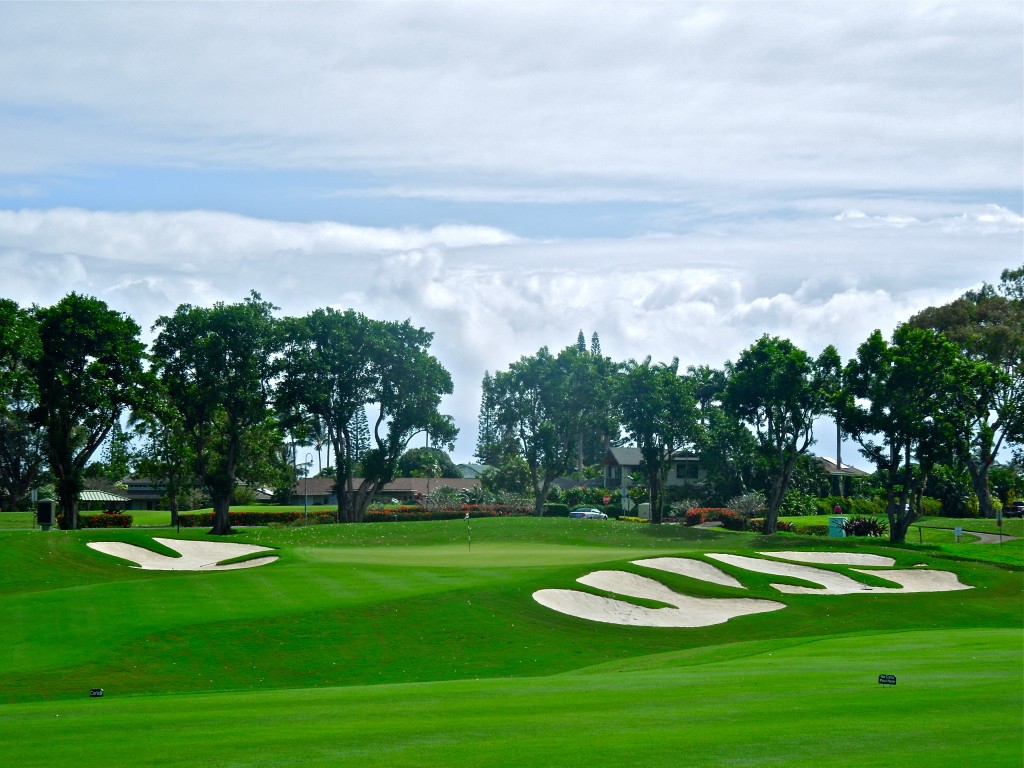 The inland parkland holes such as the approach to the par-five 5th provide a nice change of pace to the spectacular ocean view holes.

The Makai Course was always a pretty layout with a good bone structure, but the low lying red sand bunkers and the grainy Bermuda greens did not really show that well. Jones came in and with a $6 million effort replaced the red sand with bright white sand imported from Vietnam. He flashed the sides of the bunkers to be far more visible and now they really accentuate the layout in a dazzling manner. Secondly he converted the greens to seashore paspalum which is a hair slower, but a healthier strand of surface especially considering the water and the nearby ocean. The result is that Jones was able to build a bit more contour into the greens without making them an unreasonable challenge to putt – and the greens now putt superbly.  Additionally he repositioned a few putting surfaces, making some appear like infinity greens that drop off into the ocean beyond. All these changes make for considerable improvement over what was already a very good golf course. 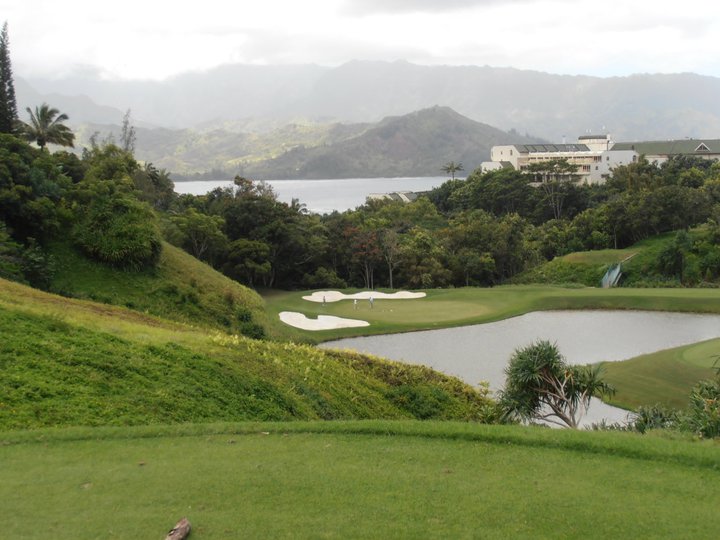 Much of the brush in front of the tee has been cleared out to expose the beautiful backdrop and Jones shaping that was employed in the design of the spectacular par-three 3rd green complex.

I would describe the Makai Course as a tropical parkland course with ocean/cliff excursions. Ever sensitive to thoughtful pacing of challenges and excitement, Jones begins the round with two well-bunkered, but relatively benign holes building up to the spectacular drop shot par-three third. You then back up the hills for two engaging holes before heading out for a three-hole ocean meadow experience. The strong 446-yard 6th hole features one of those infinity greens while the seventh hole actually plays over an ocean inlet. Newly flashed bunkers and strong green contouring make par a cherished score so your job is not just carrying the hazard. For me, the new bunkering really spiced up the stretch between the 8th and 11th holes that are more of a parkland variety. We all love the ocean and you again view it with the open vistas of the 12th and 13th, before playing adjacent to it on the drivable par-four 14th. 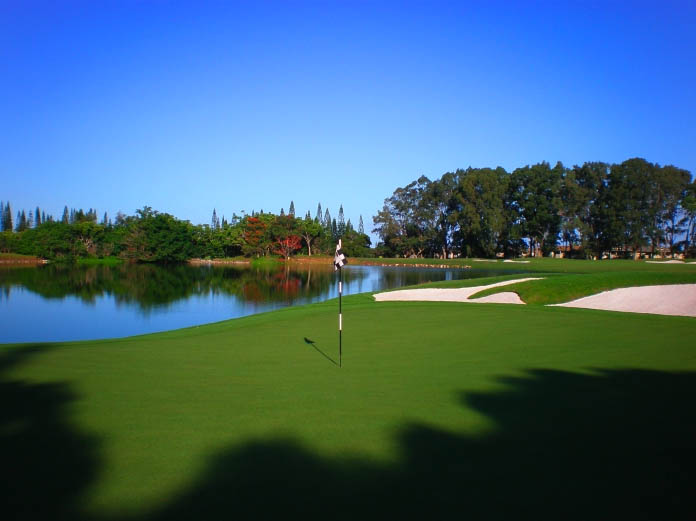 Water guards the approach to the par-four 10th hole.

The 14th measures only 338-yards and is even shorter as the crow flies bring the small well-bunkered putting surface into range for many strong hitters. A line of fairway bunkers angles across the hitting area forcing a longer carry the closer you want to land to the green. Most players would be well advised to aim comfortably to the left away from the bunkers and the ocean cliff to allow themselves a full-spinning approach to the tiny green. Anything near, but not on the green makes for a challenging pitch and drives aimed at the green may have to start out over the cliffs given the prevailing breezes. Suffice it to say, the little 14th hole is a great hole! 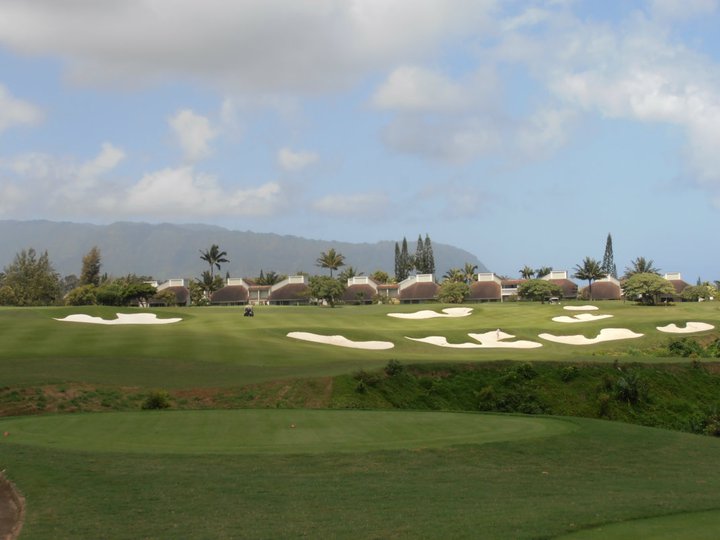 Robert Trent Jones, Jr. provides you will all sorts of driving options on the short par-four 14th hole. Note that the green is on the far right side of the picture perched on the ocean cliff. The renovation vastly improved this hole! Shown above and below. 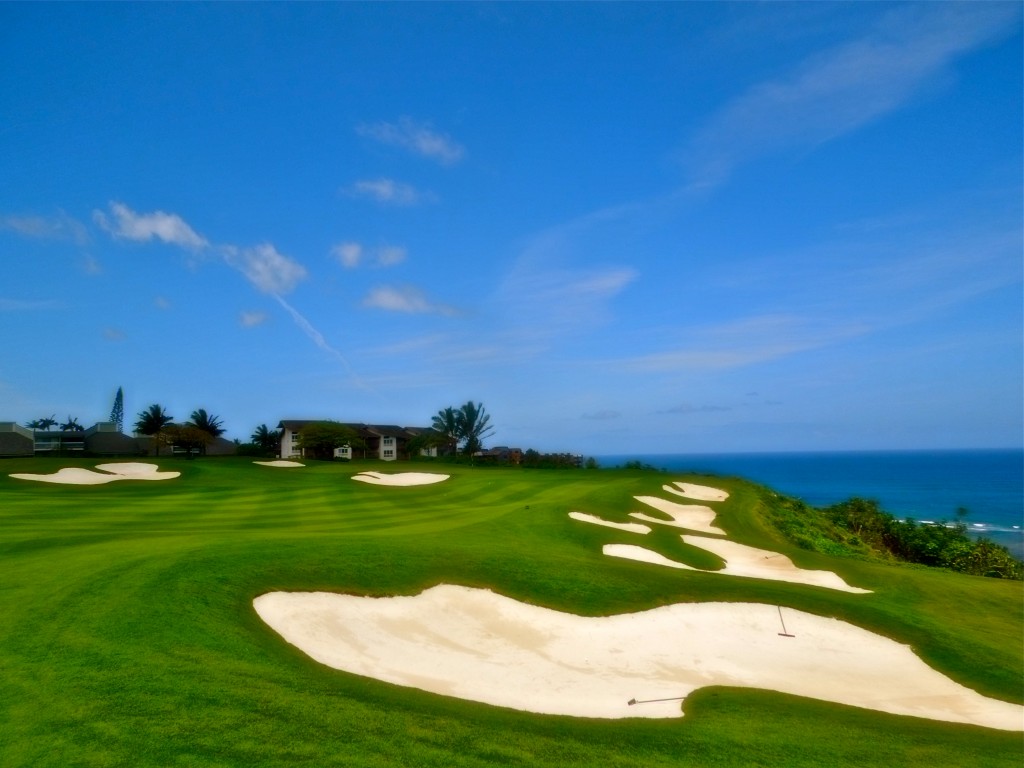 Also of note, is that the course closes with two water-guarded greens. The 476-yard par-four 17th and the 567-yard 18th have a pond and lake respectively that force you to keep your attention all the way to the finish.  Robert Trent Jones, Jr. never gives you a challenge in which he doesn’t want you to think and gauge your abilities toward his puzzle.  The finish at The Makai Course is a prime example. 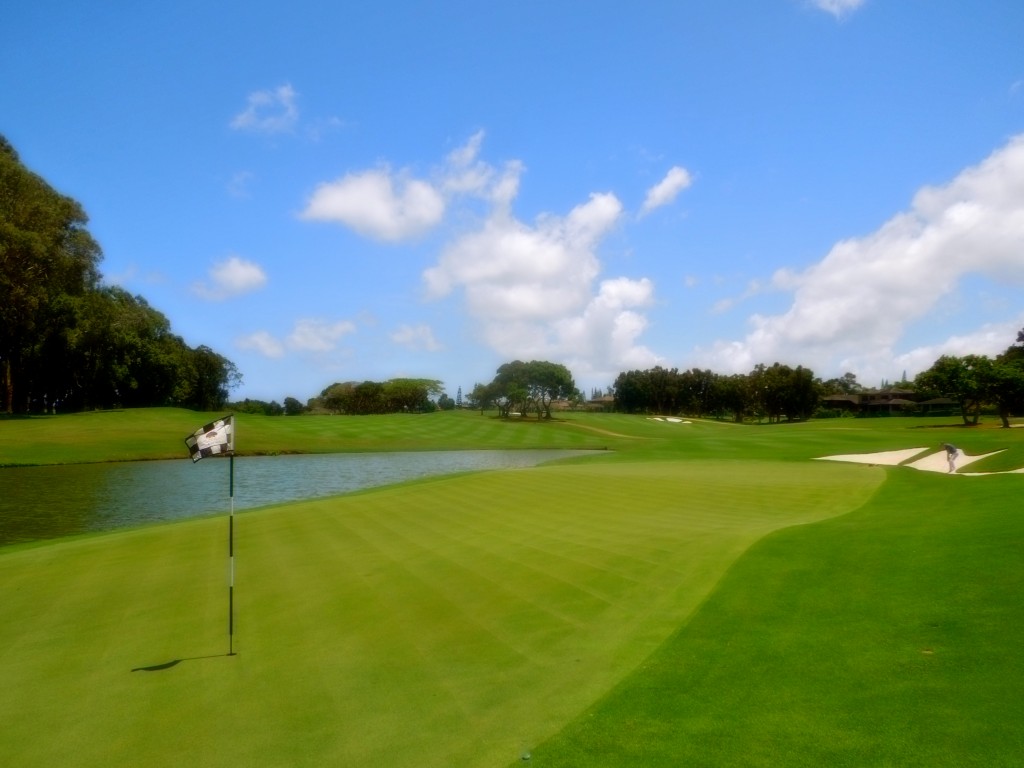 Looking back on the par-four 17th hole.

Lest you feel that the course sounds too difficult, the yardage ranges from 5,466 to 7,223 yards and most would be well advised to play a forward tee, but The Makai Course is special; it always has been, but now it’s even more so. It may now have jumped to the best in Hawaii, and certainly within the top handful!

Below is the approach to the par-five 18th. 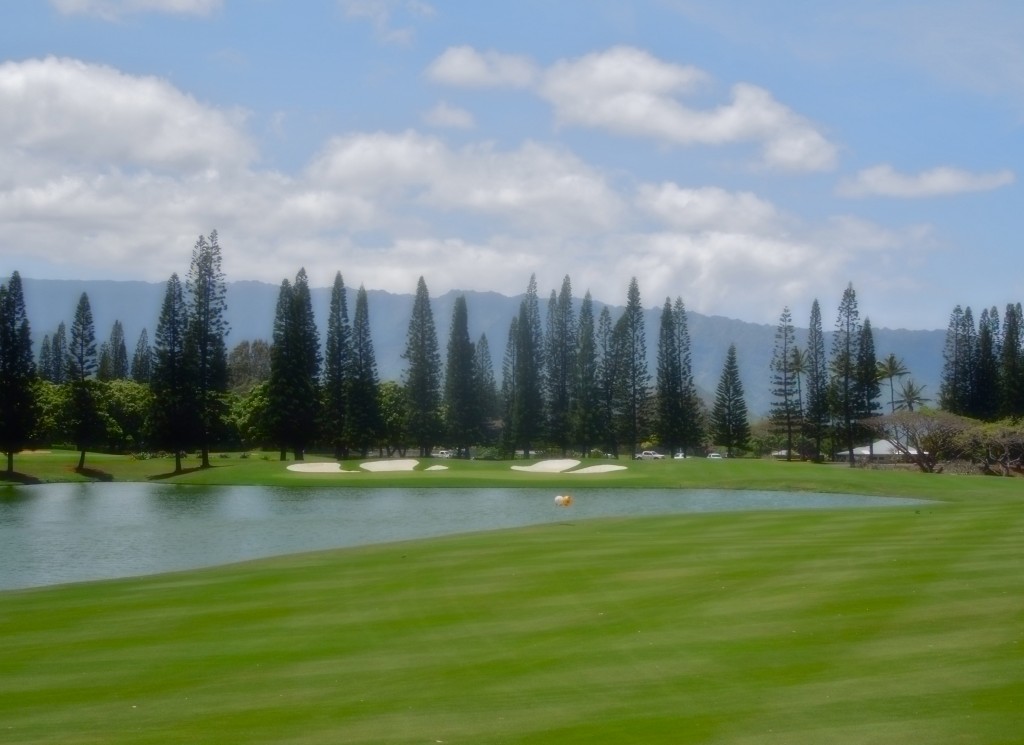