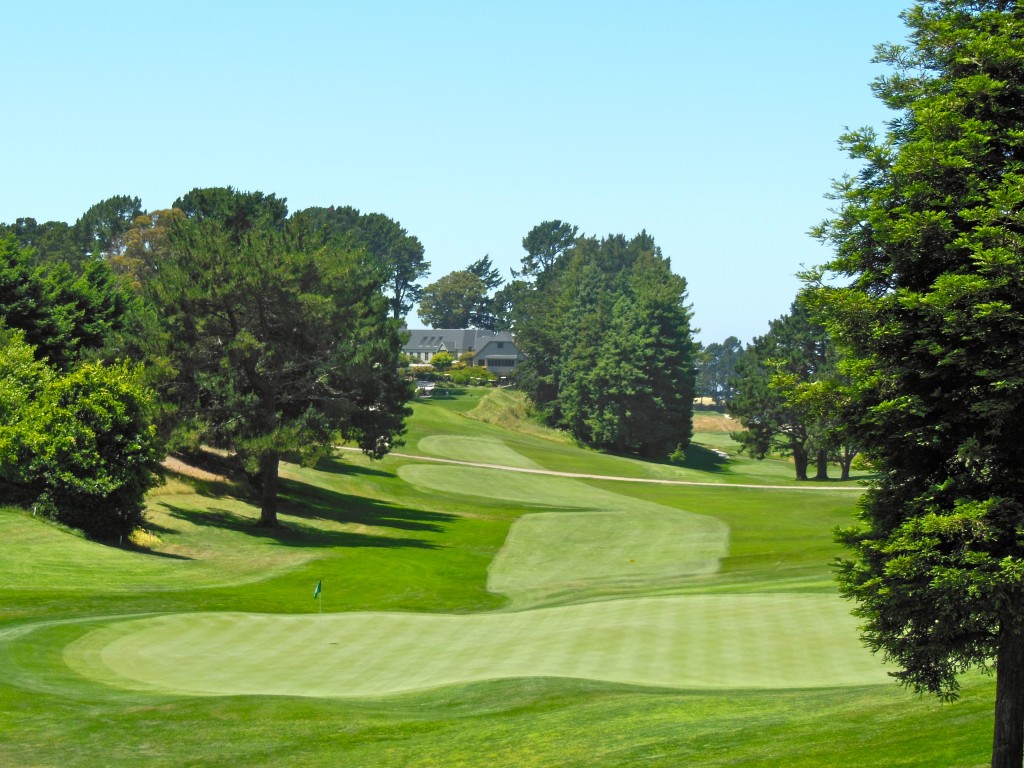 The first hole at Mira Vista as shown from behind the green just sort of tumbles down the hill away from the clubhouse.

In an era when many private golf and country clubs are fighting for their survival, the Mira Vista Golf & Country Club in El Cerrito, California took a bold step in enhancing their vintage 1920 Robert Hunter-designed golf course with a multi-million dollar effort. Would it pay off? This is not a riskless situation for such an expense not only raises debt, there are no guarantees the new product will be better, let alone as good as the former. For as many good renovations/restorations as I’ve witnessed, I’ve also seen just as many disappointing ones. Thankfully Mira Vista’s renovation (or more aptly a restoration) is an aesthetic and golfing success!

Interestingly Robert Hunter worked with esteemed architect Alister MacKenzie and was very instrumental in the actual work at the Cypress Point Club. Though Willie Watson of Olympic Club fame is often mentioned with Mira Vista, articles from the San Franciso Chronical reveal that it was Hunter who actually designed the course with an assist from Watson. (Hunter was also a professor at nearby Berkeley.) His work along with Watson’s assistance and MacKenzie’s mentoring has historical significance as Mira Vista was his only solo effort. What would transpire for this high stakes project and why did it work from a golfing perspective?

Golf courses are living and breathing, dynamic entities. Vegetation grows, soils are compacted and eroded, playing surfaces are modified and typically shrink due to mowing practices, and a host of man-made changes can affect the beauty and playability of a golf course. Once the private golf courses were undisputedly the best courses, but with the advent of many excellent new public offerings in the last twenty-five years, the competition for play is more intense than ever. These are all reasons why the membership at Mira Vista likely elected to provide their course with a facelift.

Before and after on the par-five 8th with the trees and fairway bunkers removed and the ditch and native grasses added. 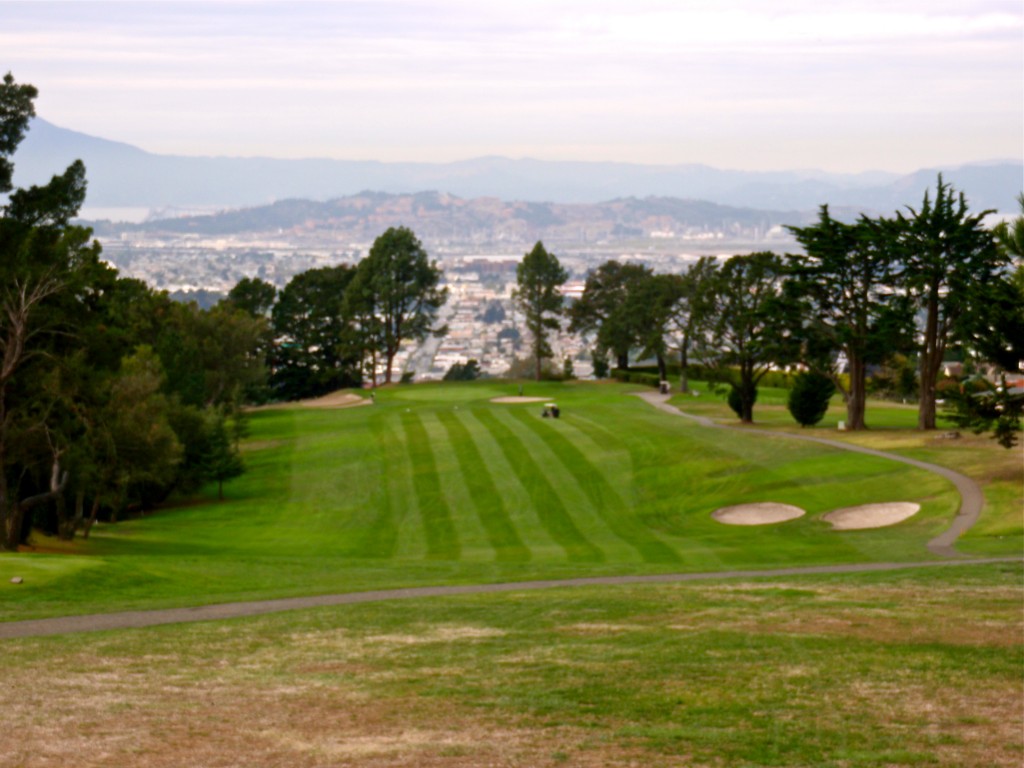 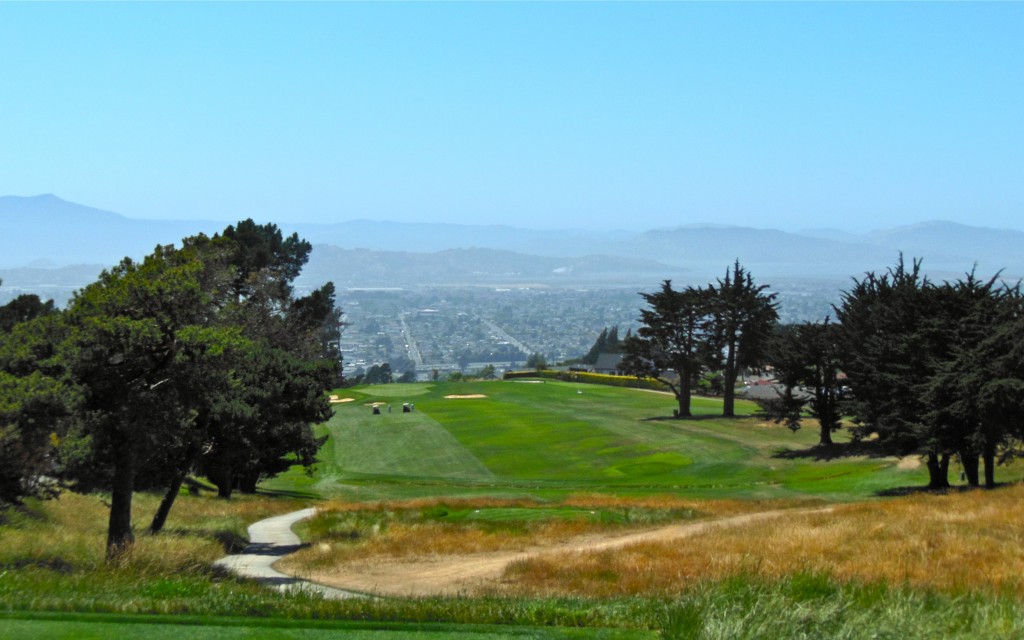 Mira Vista has long enjoyed a scenic hilltop location in that on clear days you will enjoy fantastic views of the San Francisco Bay and the Golden Gate Bridge beyond. The golf course, likewise, had a good bone structure, but in recent years was beginning to show signs of wear and neglect, and its bunkering had become shapelessly bland, not in keeping with its Hunter roots. It had also been the victim of overzealous tree plantings of eucalyptus and other varieties that over time had suffocated the views as well as impeded healthy agronomic conditions. Outside of its increasingly limited panoramic views, the layout was beginning to slide as a top line golf course. That is the case no more – Mira Vista is back! 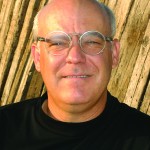 Mira Vista commissioned golf course architect Forrest Richardson, assisting architect Mark Fine, and lead shaper Kye Goalby to fashion improvements that essentially reflect a restoration of Robert Hunter’s original design. Consulting original maps and viewing the only three photographs of the 1920 course, they fashioned the lines and shaping in the Hunter motif. In the course of 170 days from start to finish, the team restored 19 putting surfaces to original shapes, sizes, and orientations, returned 44 bunkers to their design, discovered and restored more than a dozen other, provided new tees, and enacted a turf and tree management program that essentially removed trees and opened up magnificent vistas as well as restored native grass areas. Having played the course just before and just after, I am so very impressed with the changes!

More before and after pictures…the par-five 10th. 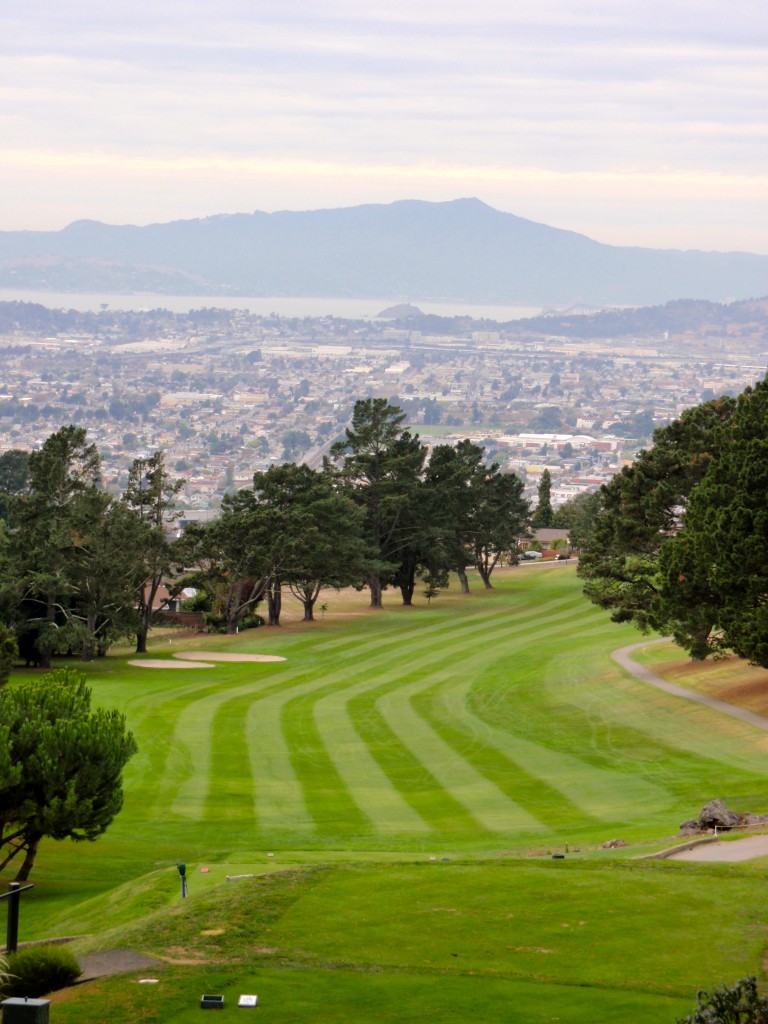 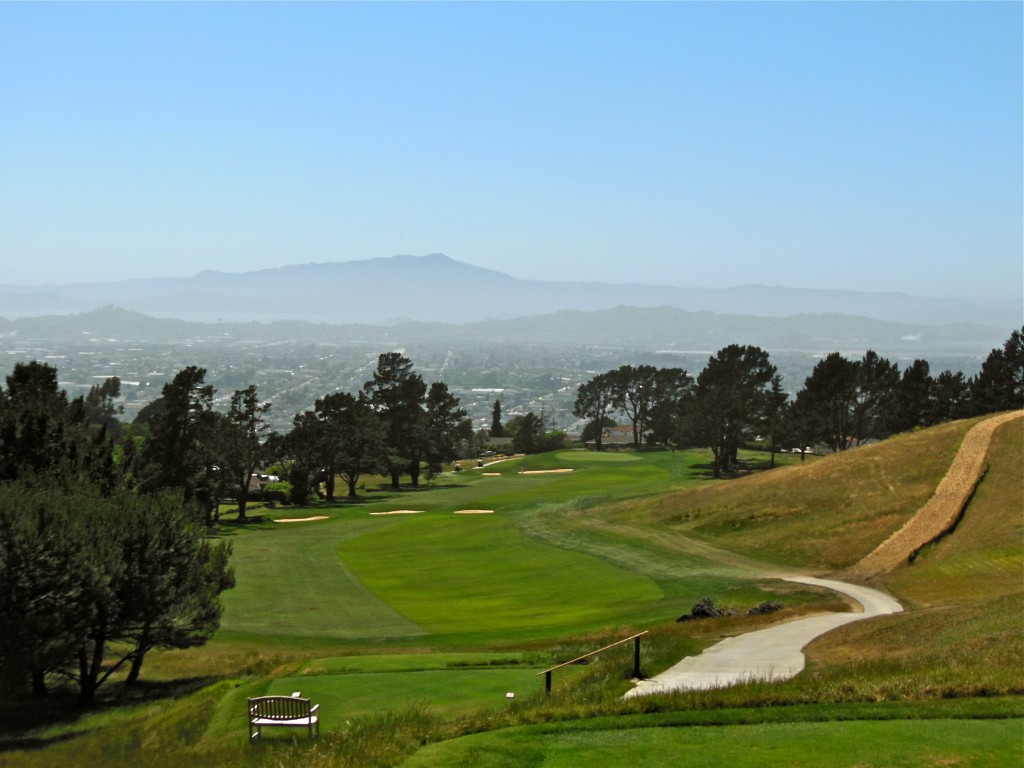 If you were already familiar with the course, you would quickly notice that the risk-and-reward little uphill par-four seventh green has been shifted to the left and turned into a drivable hole as opposed to its previous par-three stature. The par-five 8th hole has a drainage ditch that was unearthed and now becomes a hazard in which you must decide whether or not to attempt to carry it with your tee shot. Behind the green, many trees had been cleared allowing one to really enjoy the vista beyond. And on the par-five 10th, the original fairway cross-bunkers that were lost around World War II, have been reintroduced while the hillside forest on the right has completely been cleared with native grasses allowed to flourish. Those are only a few of the changes, but the impact is impressive. 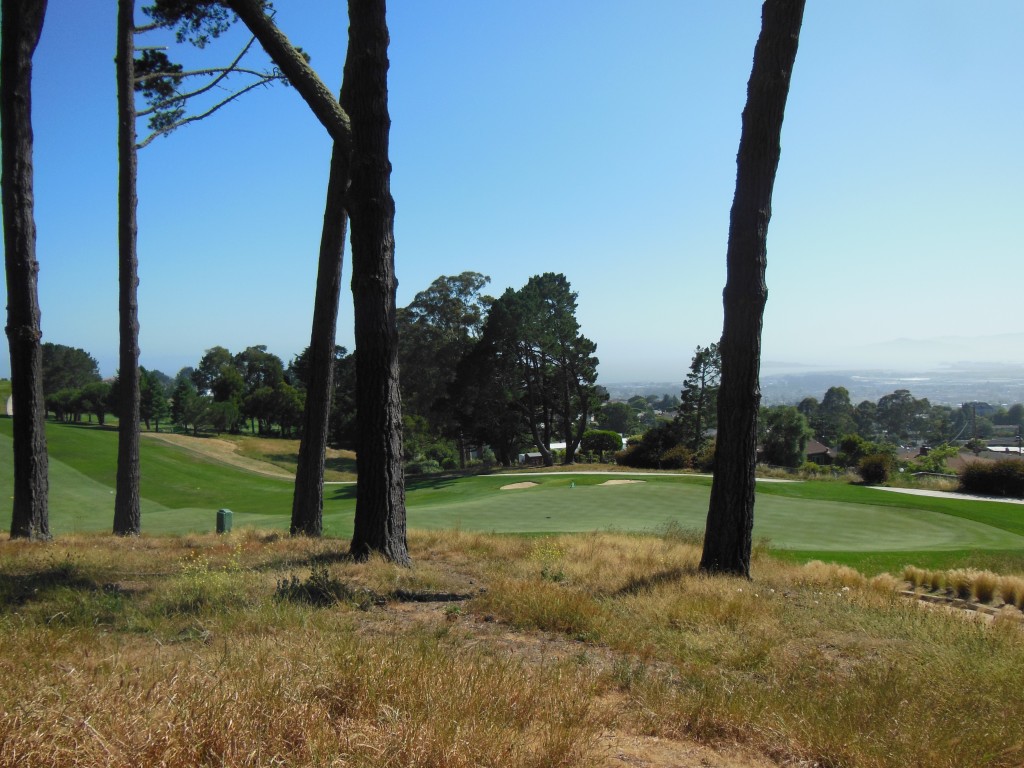 Trees and limbs have thoughtfully been removed. This has opened up amazing vistas and has also allowed for better air circulation. Shown above is the par-four 13th green.

Forrest Richardson appreciates the works of those architects before him and his work at Mira Vista reflects that. Now the course features a rustic, natural look at its borders, but with the classic lines defining the  appearance in the playing areas. In many ways, it now rightfully reflects the pedigree of the “Golden Age of Golf Course Architecture” with a San Francisco Bay flavor. Though it traverses hilly terrain, the close proximity between tees and greens make it an enjoyable walk, and the challenge is thoughtful, playable, and interesting. As with any good golf course, you once again face interesting decisions and options on the newly revised layout. 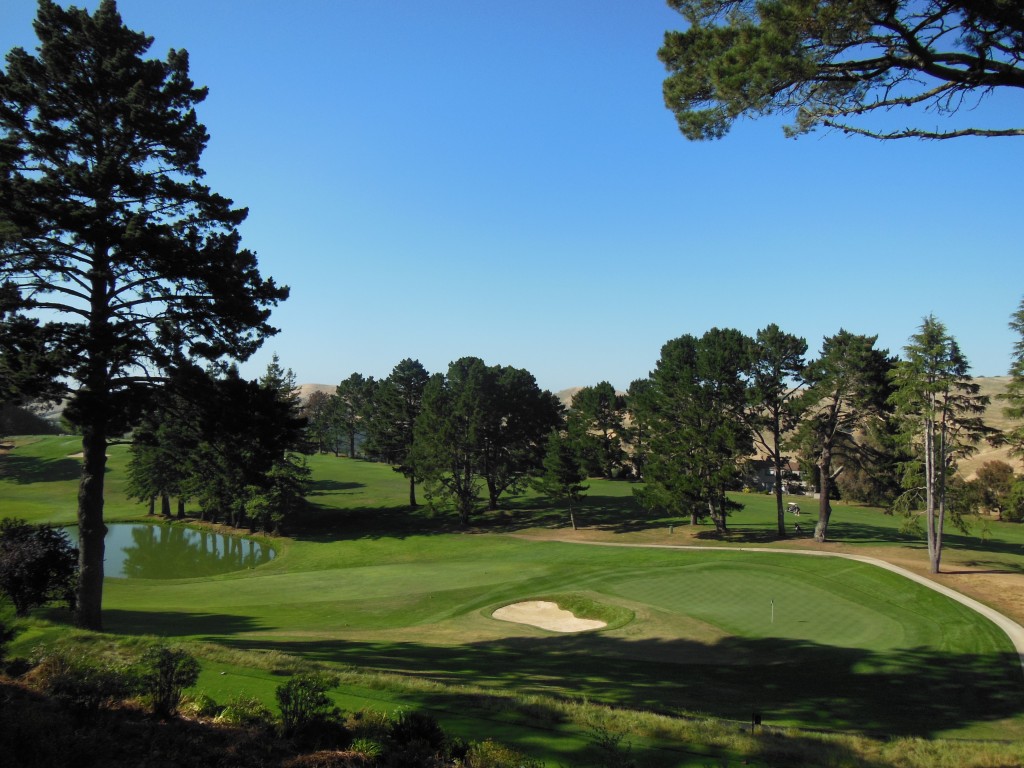 Above and below are pictures of the gorgeous 14th hole, which is also one of the most challenging. 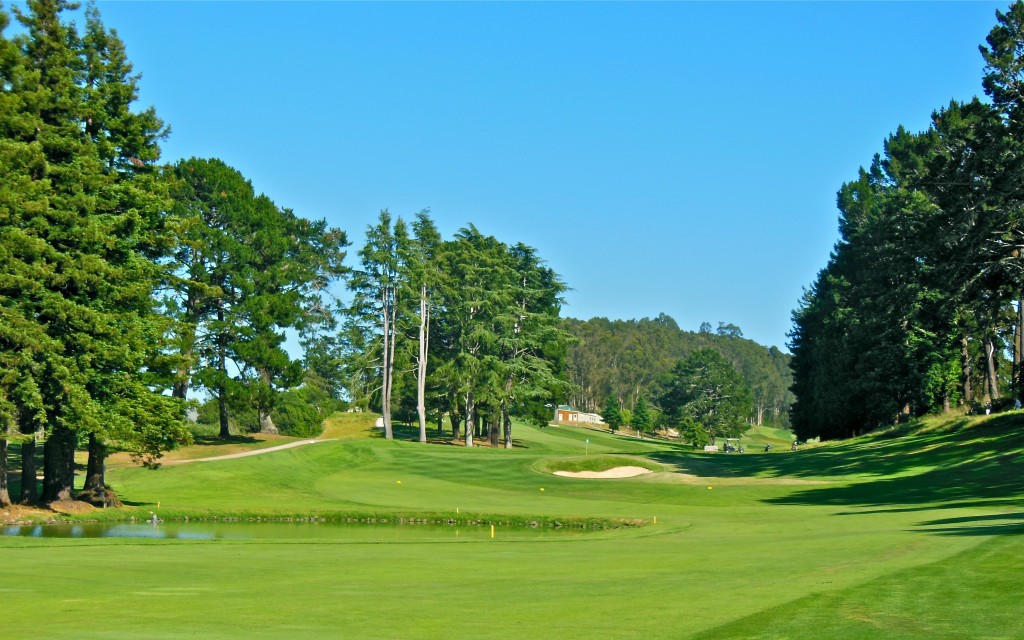 So how has the golf community responded? For the six-month period beginning since the reopening in November 2011, the Club reports adding 54 new members. The membership offering has several options and is very competitive, especially considering the quality of the much-improved golf course. In fact, as the area’s private clubs go, Mira Vista is a genuine bargain! 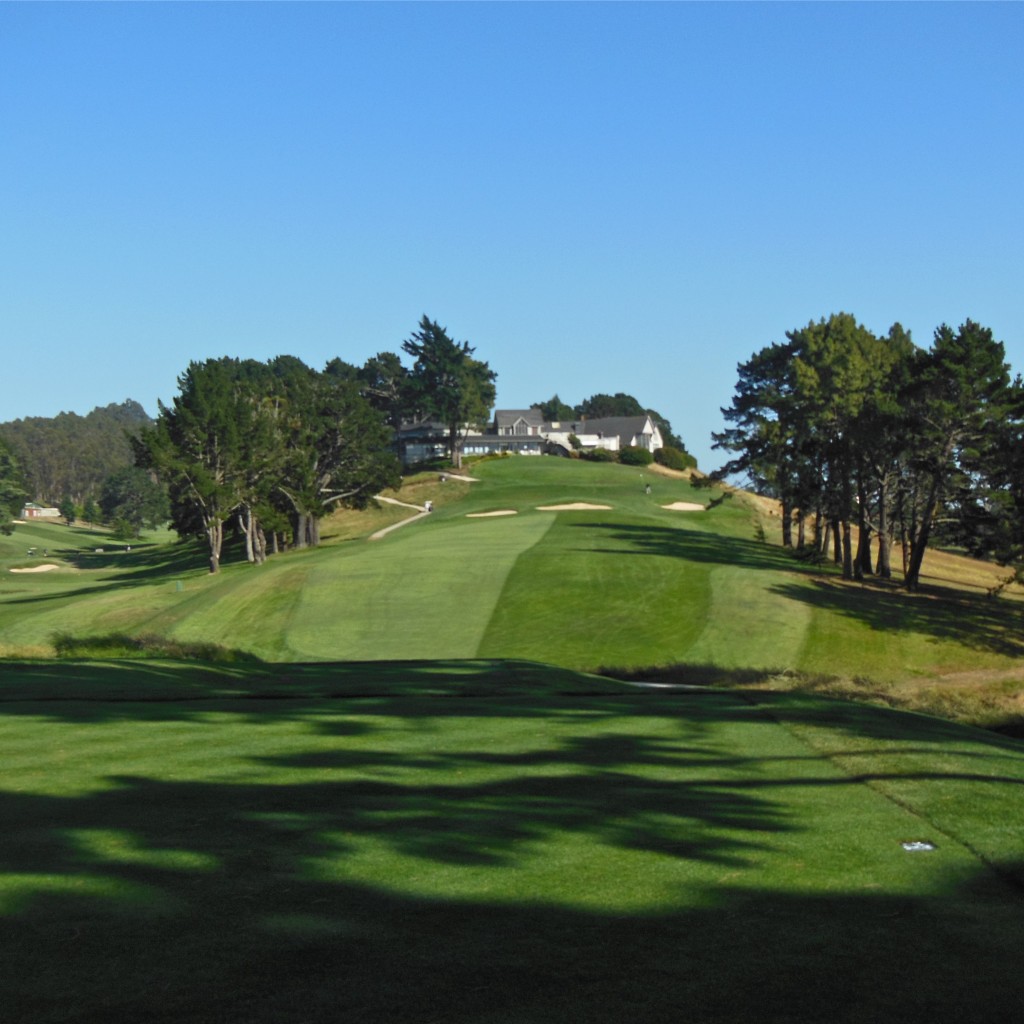 The par-four finishing hole at Mira Vista previously had a nondescript greenside bunker, but it was replaced, the putting surface was re-contoured, and three bunkers were re-added at the base of the hill.

Today when you visit Mira Vista you will marvel at the sheer beauty of the views – not only the San Francisco Bay, but Wildcat Canyon to the east, and the tree-lined fairways. You will also enjoy the waves of the native grasses, the classic lines of the golf course architecture, and the improved playability. In short, Mira Vista is fun and back at the top of East Bay golf! 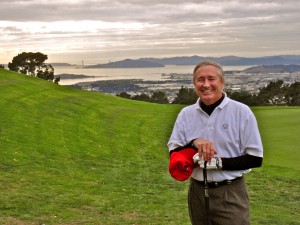 The author is framed by a fantastic vista at the 18th green that has always graced Mira Vista!