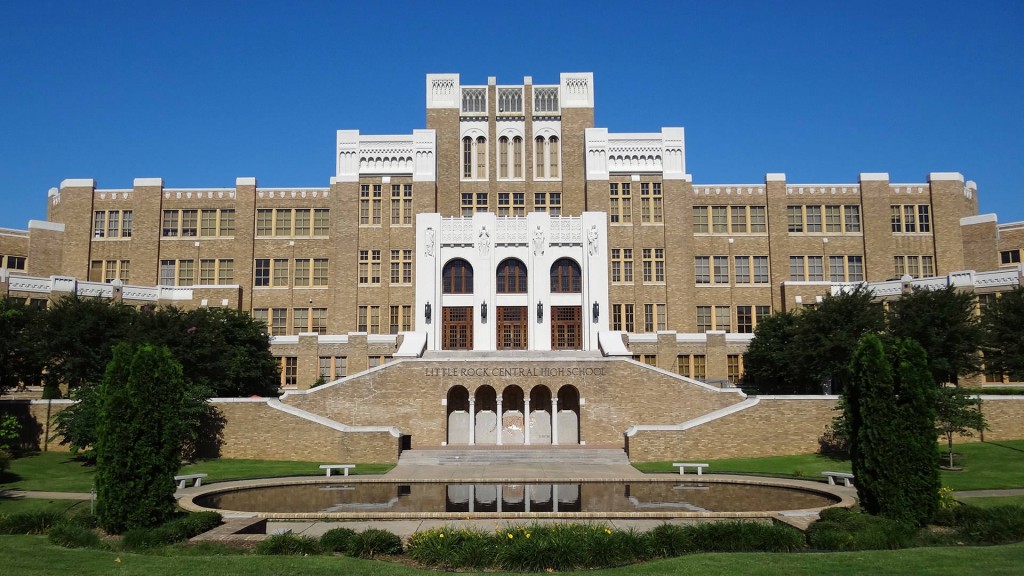 (This week the LPGA makes its annual stop in Rogers, AR, at the Walmart NW Arkansas Championship presented by P&G. Lydia Ko is the defending champion. Here’s a look at another part of the state, the state capital of Little Rock, and its host of visitor’s attractions.)

It’s not often that a high school is a compelling focal point of a travel destination. But that’s the case with Little Rock Central High School located in the capital city of Arkansas. Due to the historic civil rights events of 1957, the high school is now part of the National Park Service while still educating over 2,000 students. A baby boomer and lover of American history, I was drawn to Little Rock Central High School and its pivotal place in the civil rights movement of the 1950s. In planning a trip to Little Rock, I was pleasantly surprised to learn how the National Park Service assumed responsibility for the property, making it a National Historic Site.

Built in 1927, as Little Rock Senior High School, the school was praised for its architectural assets. In fact, it was deemed “America’s Most Beautiful High School” by the American Institute of Architects. Its style is a mix of Art Deco and Collegiate Gothic and still holds charm today. Costing $1.5 million ( $21 million in today’s dollar), the edifice measures two blocks long and boasts over 150,000 square feet of space. When it opened, it was the largest high school in Arkansas and one of the biggest in the country. In 1953, the school was changed to its present name in anticipation of construction of a new high school for white students, Hall High School in Pulaski Heights. At the time, black students were segregated in their own schools.

With the historic ruling of the U.S. Supreme Court in 1954 declaring “separate but equal” black-only schools unconstitutional, the civil rights movement was energized. It took three more years before nine black students registered and attempted to enroll in the previously all-white Little Rock Central H.S. Initially rebuffed by hostile local residents and the Governor of Arkansas who defended segregation, the students finally enrolled after the intervention of President Eisenhower through the use of federal troops. Little Rock held the national spotlight during this tense period.

In 1998, Congress established Little Rock Central High School National Historic Site. It’s operated in partnership with the National Park Service, Little Rock Public Schools, the City of Little Rock and others. Diagonally across from the school is the Visitor Center, opened in 2006, which includes multimedia exhibits and displays of the Little Rock Nine, desegregation, and the civil rights movement. Opposite the Visitor Center on one corner is the Mobil gas station, now faithfully restored, that served as a gathering spot for media using the public phone there in 1957 when Little Rock claimed worldwide attention. On another corner is the Central High Commemorative Garden where nine trees and benches are located, honoring the courage and perseverance of the students.

When visiting, a guided tour of the high school by a Park ranger is highly recommended. Registering at least a day in advance, the tour lasts an hour and includes commentary on the 1957 crisis and a tour inside the high school. The federal government often is criticized for its use of taxpayer dollars but one would be hard-pressed to find fault with the rationale behind this Historic Site. In the words of its enacting legislation, it serves “to preserve, protect, and interpret for the benefit, education, and inspiration of present and future generations…its role in the integration of public schools and the development of the Civil Rights movement in the United States.”

Other things to do in Little Rock:

William J. Clinton Presidential Center & Park—regardless of one’s political persuasions, Presidential libraries and museums are worth a visit. The Clinton Center is no exception. Located majestically along the Arkansas River, the Library is a well-conceptualized and executed space. Inside you’ll find an orientation theatre, campaign memorabilia, a cabinet room reconstruction, a Little Rock Nine exhibit, a Life in the White House displays and memorabilia, and a full scale replica of the Oval Office.

Historic Neighborhoods—we love to explore historic residential neighborhoods and the ones in Little Rock were a delight. Whether by car or by foot, such neighborhoods reveal a fascinating glimpse into a city’s past. Maps and guides are available via the Visitor’s Center for the homes in the Governor’s Mansion District, Quapaw Quarter District and the Hillcrest District, which is located west of the city.

The ESSE Purse Museum—when’s the last time you visited a purse museum? Well, scratch that off your bucket list by stepping through the doors here. This well-organized and neatly maintained museum offers a fascinating insight into the times and culture through the lens of a woman’s handbag and the contents within. Artwork, photography, ephemera, and displays provide a narrative of women’s progression in American society and history.

River Market District—if you’re fortunate to be booked into a downtown hotel like we were (at the ideally located Homewood Suites) then one is within easy walking and strolling distance of numerous restaurants, shops and more museums like the Historic Arkansas and Old State House museums. 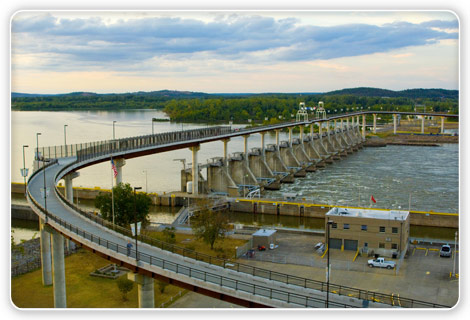 Pedestrian walkways and bike paths—Little Rock is blessed with a wealth of scenic walkways and bike paths, most notably the Junction Bridge Walkway, the Arkansas River Trail, the Clinton Park Bridge, and the Big Dam Bridge Pedestrian & Bike Trail. The last mentioned was voted by the American Travel Writers as one of the “top ten bridge travel sites” in the U.S. and Canada. 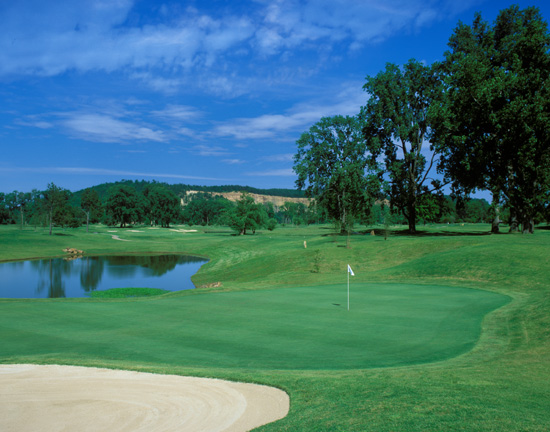 The 18th hole at Rebsamen GC

Golf choices: For affordable local public golf, you can’t beat Rebsamen Golf Course, located along the Arkansas River. City-owned, the course offers good conditions and a pleasant playing experience at a great value. The other city courses are War Memorial and Hindman Park. For those with private club connections, Country Club of Little Rock, Chenel CC and Pleasant Valley CC are all located in Little Rock and are included in Golf Digest’s Ten Best Courses in Arkansas. If afforded an extended stay in Arkansas, one is advised to check out the Natural State Golf Trail Passport, which includes two free rounds of gold at some of the best public courses in the state. Visit www. arkansasgolftrail.com

For more information about visiting Little Rock and Arkansas, visit www.littlerock.com and www.arkansas.com Note: A special thanks to Katherine Stewart, Social Media Coordinator for Arkansas Dept. of Parks and Tourism, for her astute advice and insight in visiting Little Rock.