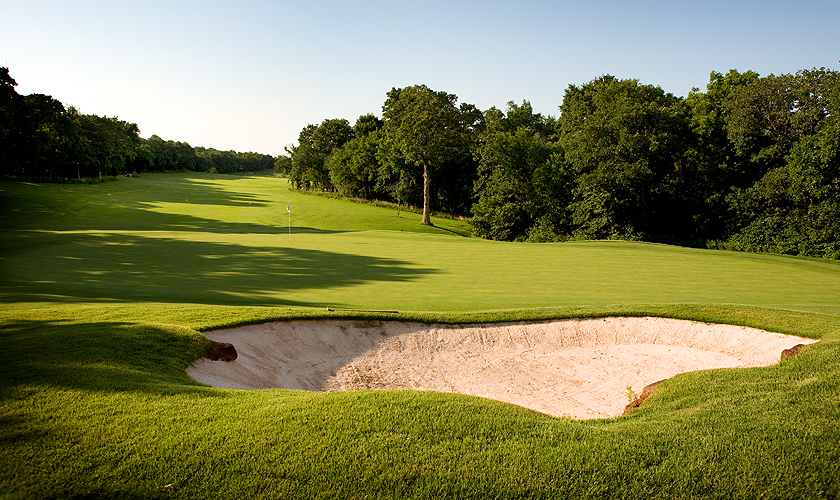 If you love watching college golf in compelling match play team format, set aside more time (or more excuses to one’s significant other) to catch the NCAA Golf Finals over the next few days. For successive weeks, the Women’s and Men’s D-I Championships are being held at Karsten Creek GC, the home of the Oklahoma State University program, in Stillwater, OK.

The men now enter the arena with the same format: four days of stroke play competition followed by two days of intense match play among the final eight low teams. It’s a terrific format that invariably produces high drama and exciting play. Although no Michigan team reached the D-I finals, U. of Michigan’s Kyle Mueller made it into the 156-player field as an individual.

It’s probably wishing too much to see the top-seeded Oklahoma State Cowboys in the final match showdown against its arch-rival, The University of Oklahoma Sooners, the defending national champions. But count yourself lucky if you’re in Stlllwater to see it. Otherwise, don’t miss it on Golf Channel. The final day is next Wednesday, May 30.

The NCAAs in Stillwater provide a timely opportunity to extol the virtues of visiting Oklahoma City—the state capital and its largest city at 1.3 million people—less than 70 miles away.

After visiting OKC for the first time at the end of February, my wife and I looked at each other and I said, “Hey, did I leave my i-phone charger at the hotel?” Okay, I may have said that but I also said, “Wow, Oklahoma City is one fun, entertaining and inspiring place to visit!”

Here are highlights of our well-spent 48 hours in OKC:

Thunder fans are loyal and loud

Oklahoma City Thunder—For sports entertainment, it’s hard to beat game night at the city’s NBA franchise at the fittingly named Chesapeake Energy (yes!) Arena in downtown OKC. The Thunder, which just concluded its 10th season, has helped transformed and revitalized the downtown area. But it didn’t do it alone. Oklahoma City residents voted yes to a one-cent-sales-tax initiative bringing more than $5 billion in both private and public investment to the city since 1993. This initiative is called the Metropolitan Area Projects (MAPS) and is currently on the third MAPS project. The downtown is alive and jumping with bars, restaurants, shops and other attractions in safe, walkable districts, many with distinct styles. Sometimes, major sports franchises are often over-sold and over-hyped in terms of their economic and civic impact. That’s not the case with the Thunder. Being at one of its game, and marveling at the MVP-wizardry of Russell Westbrook, is a rush as its fans are some of the loudest and most vocal in the NBA. And yes, we saw a winning game. 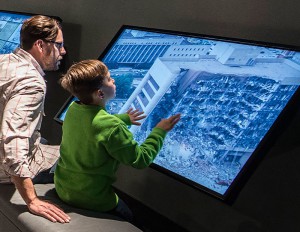 Powerful lessons are learned at the National Memorial Museum

Oklahoma City National Memorial & Museum—An affiliate of the National Park Service and on the Register of Historic Places, this painstakingly conceived and dedicated site tells a powerful story of the events and aftermath of the horrific terrorist bombing of April 19, 1995, that claimed 168 lives. The Memorial Museum provides an insightful and emotional journey into the history of the city, the chaos and extent of the destruction, the investigation and cracking of the case (a lone police officer noticing the culprit’s vehicle without a license plate) and the tremendous community resolve for rebuilding, healing and transformation. The Outdoor Memorial is equally inspiring. One suggestion: revisit The Outdoor Memorial in the early evening to witness how the Field of Empty Chairs is illuminated. Eerie, moving, and indelible. 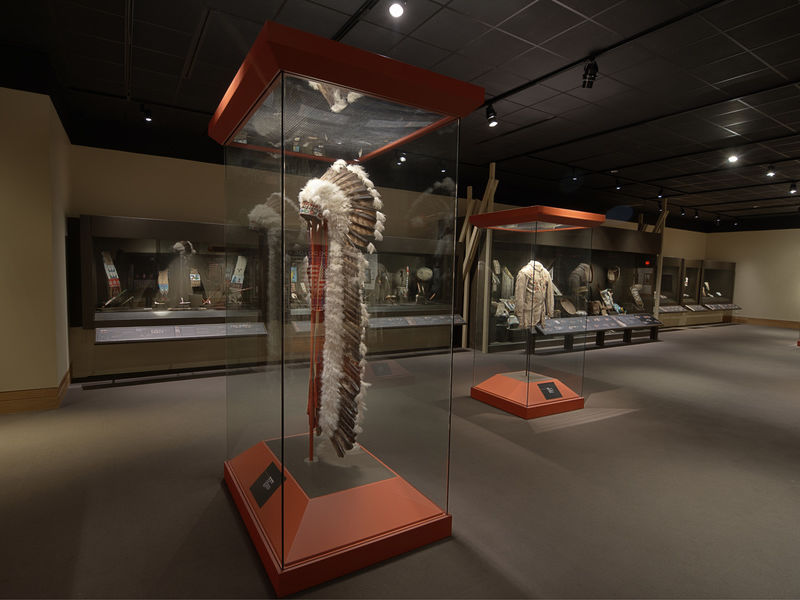 National Cowboy & Western Heritage Museum—This is an absolutely amazing attraction, and highly recommended even for those whose love of the American West may be confined to John Wayne. The wings and galleries are Smithsonian in scope and quality, so reserve at least several hours to fully appreciate it. The history displayed throughout and especially the classic and contemporary art collection are world-class—such as Frederic Remington and Charles M. Russell. The firearms collection is also stunning. In short, giddy-up over and visit.

Overholser Mansion—For an informative trip “back in time” to Oklahoma’s pre-statehood days, check out this carefully preserved mansion. Built in 1903 (in today’s dollars well over $1 million), the Overholser was OKC’s first mansion, the proud home of namesake Henry O. who made his fortune in real estate and the mercantile business. The two-story, brick-and-stone 20-room mansion was a sensation in its day for its architecture. Here’s how The Daily Oklahoman described it back then after an opening event:  “The house is a sermon on beauty. It is uplifting and ennobling as works of art are ever.”

Oklahoma History Center—Another must stop for history buffs and the ever curious-minded. Many worthwhile exhibits are here but we were most enthralled with “We Are Who We Were: American Indians in Oklahoma.” This exhibit represents all thirty-eight federally recognized American Indian tribes currently associated with Oklahoma. Visitors may explore the historic past of Oklahoma’s native peoples, including the infamy of the Trail of Tears, and experience contemporary American Indian cultures. Here, I learned in World War I, OK’s Choctaw tribesmen and soldiers served as code talkers during the trench warfare. In another part of the Center, I noticed an exhibit titled “Sit-in Movement,” which honors an act of civil disobedience of Oklahoman Clara Luper at a segregated drug store counter on August 19, 1958, two years before the more famous sit-in at Greensboro, NC. OHC displays life and history in unflinching and interactive fashion, balancing the inspirational with the painful elements of a state’s history. 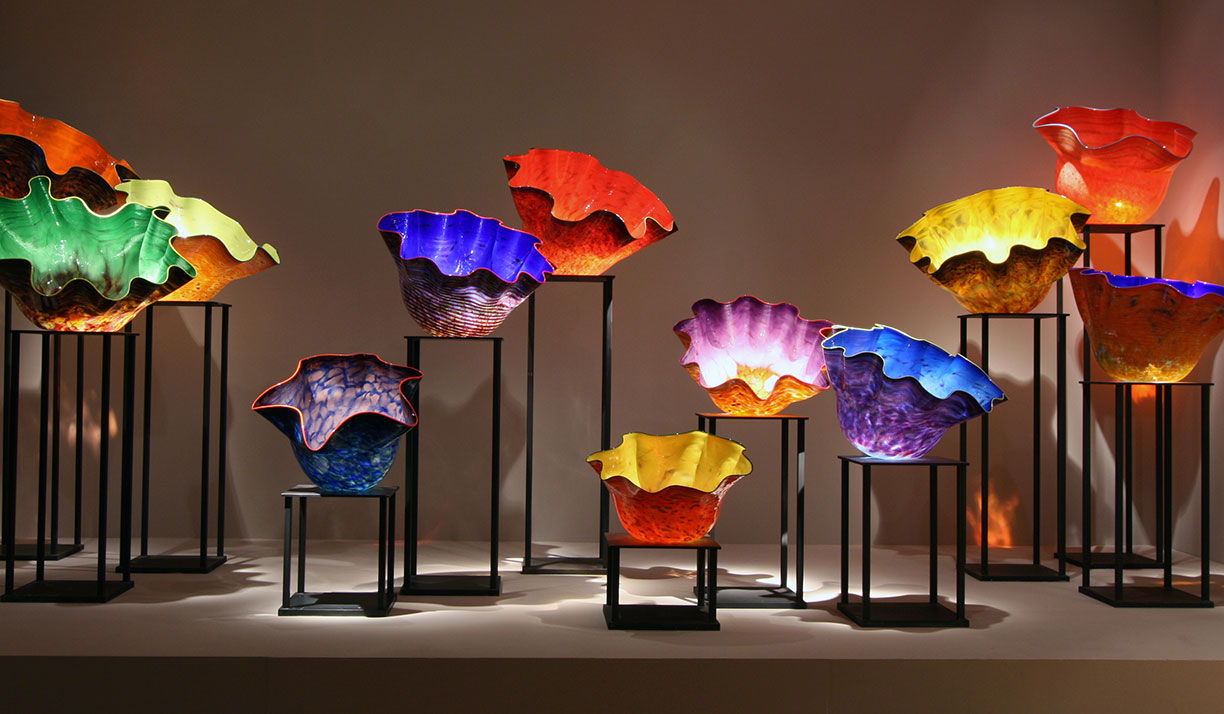 OKC Museum of Art—Another pleasant surprise. In 1968, the OK Art Center, the forerunner of this museum, purchased the 154-piece permanent collection of Washington DC’s Gallery of Modern Art. Presto! The city’s modest arts community was immediately catapulted into elite national company for its major collection of postwar art. During our visit, the exhibition titled “The New Art: A Milestone Collection Fifty Years Later” celebrated the Museum’s pivotal acquisition. In 2002, another major acquisition occurred with the purchase of a Dale Chihuly exhibition of glass and drawings, including a 55-foot piece that graces the museum’s entrance. Today, the OKCMOA maintains one of the largest collections of Chihuly glass in the world.

Downtown and surrounds—It’s booming with attractions, hip districts, projects and people-magnet venues such as the 15,000-seat Chickasaw Bricktown Ballpark, the home of the OKC Dodgers, LA’s Triple A affiliate; the Bricktown Canal (with a nod to San Antonio’s famed canal) that extends into the entertainment district; the nearby Oklahoma River’s emergence as a whitewater rafting mecca, attracting adventuresome kayakers (Olympians train here!) from across the USA; and major facelifts and renovations to the area’s Convention Center and Civic Center Music Hall. 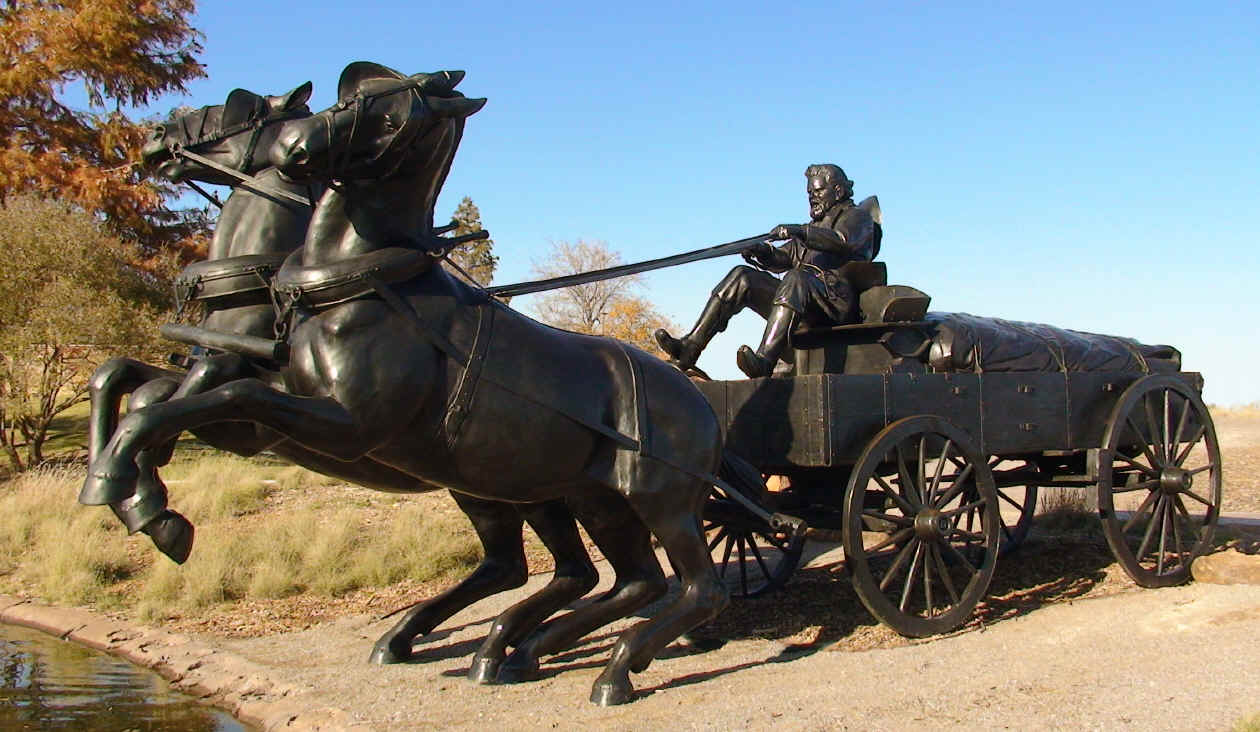 On our last evening in this bustling yet congenial city, we walked at sunset from our hotel to the nearby Centennial Land Rush Monument, a massive installation of the world’s largest bronze sculptures by artist Paul Moore (darn, no relation) depicting the historic events of April 22, 1889, when 50,000 homesteaders gathered at the water’s edge of the unassigned lands. Located at the south end of Bricktown Canal, the monument features 45 awe-inspiring figures suspended in time as they race to claim new homesteads. Don’t miss it.

Only the NBA-like shot clock of time prevented us from seeing more of OKC’s myriad sights and attractions. Two days were woefully not enough time to capture all what makes this area such a vibrant and eclectic place to live, work and play. Surely, there are problems, civic shortcomings and the usual headaches here common to any large urban community. But in light of where the community stood after that fateful April day in 1995, one leaves here thinking anew about the state’s motto—”Labor Omnia Vincit”—Latin for “Work Conquers All”.

Finally, if asked when we might return to Oklahoma City, there’s a quick and fitting response from this happy cowboy and cowgirl.

Sooner rather than later.

Where to Play: Thinking of the NCAAs, if you wish to divide your state college loyalties, visit Karsten Creek GC in Stillwater on the campus of OK State U. and the Jimmie Austin GC in Norman at the U. of Oklahoma. From OKC, Jimmie Austin is the closer of the two and less pricey than the upscale Karsten Creek. Both are deservedly top-ranked courses befitting the calibre of their golf programs. Closer to OKC— more modest in both price and presentation— are such daily fee courses as Earlywine Park, Lincoln Park (West), and Trosper Park. If you have private club connections, find a way to play Twin Hills G & CC in OKC, a Perry Maxwell-designed gem that’s hosted several major championships in its heyday such as the PGA, Western Amateur, USGA Junior and the old Oklahoma City Open once won by Arnold Palmer. 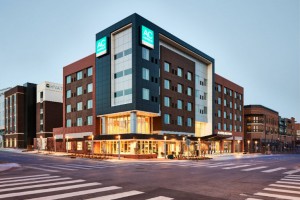 Where to Stay: For convenience, amenities and a cool ambience, the all-new AC Hotel, a Marriott property in the Bricktown area, is a winner. It reminded us of a boutique European hotel for its minimalist, chic design and its across-the-pond inspired breakfast. But unlike those Euro versions, the AC has more spacious guest rooms. The hotel was the first built in OKC to use more affordable modular construction—a technique where a project is constructed in sections off-site and assembled together on-site. But you wouldn’t notice it unless, like us, you were told. Besides the alert and attentive service, we relished the AC Lounge where we enjoyed happy hour looking out from tall street level windows to the neighborhood. Other room delights: the deluxe bedding, oversized spa-like showers, desk area, enhanced media and the overall sound-proofing of the room and corridors. Quiet and peaceful when it’s needed for weary and happy OKC visitors. Visit https://www.marriott.com/en-us/hotels/okcac-ac-hotel-oklahoma-city-bricktown/overview/

For more details about the aforementioned OKC sites and attractions, just google any of the sites listed. And visit www.visitokc.com for comprehensive travel info.