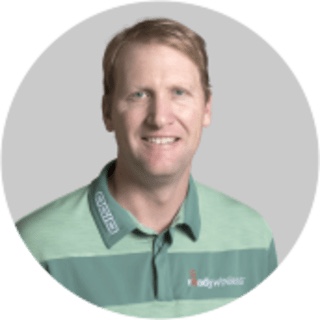 Overshadowed by the unexpected and breakout win by 20-year-old Matthew Wolff at the 3M Open last Sunday was the victory by Michigan’s Ryan Brehm at the Korn Ferry Tour’s (formerly known as Web.Com) LECOM Health Challenge at Findlay Lake, NY. With the win (his first since 2016) the 33-year-old Brehm guaranteed his PGA Tour card this coming fall as a Top 25 money winner.  The former Michigan State standout, past Michigan Amateur and Michigan Open champion earned $108,000 for the title, catapulting him into the 5th money spot.

On Tuesday, I caught up by phone with Brehm, whom I’ve covered since his heralded high school days in Mount Pleasant, as he was searching for his spouse Chelsey, his luggage and golf clubs inside the cavernous Denver International Airport. I asked him a series of questions but didn’t pose what made him more nervous: looking for a lost spouse or his lost clubs? As in the case of his playoff win on Sunday, it all turned out well.

With a few days to reflect on it, how do you assess your victory? Was it a matter of ball-striking, putting, course management or something else?

You have to be doing something right to win so it’s all of those elements. But my game had been trending in the right direction for a while. You have to keep riding the wave. I knew coming down at the end I had to stay aggressive. Fortunately, I got the job done. You don’t win enough in this sport so when you do it’s fun.

Please go over what transpired on the last hole of regulation, a 575-yard par-five, when you held a two-shot lead.

I stayed aggressive off the tee and hit driver. But I hit it left off the fairway so I just wedged out and gave myself only 130 yards to the green. I then I found my ball in the front side of a sand-fiilled divot. And it was only half-filled in so there was a lot of sand behind the ball. Plus the ball was sitting down in the divot below the surface. It was just a tough break. I tried to hit down on it but it came out with a puff and landed in the penalty area. From there I took a drop and couldn’t get it up and down for a bogey. Luckily, Tim (Wilkinson) didn’t make birdie and so we were tied after 72 holes.

In sports parlance, was your brain fried after 18?

No, I was fine. I did everything right given the situation. The tournament wasn’t over. I was surprisingly calm the whole time. In fact, I was calm the whole day. Chelsey was with me walking to the 18th tee for the playoff. She said, “Hey, it’s not over yet—you have another hole to play.”

Playing into the wind I hit a really good drive which left me a three-iron second shot. I flushed the iron but it didn’t hold the green so I had a delicate little chip to get it up and down. I holed the putt which made a loop around the cup and fell inside the front lip. It was a cool feeling when it went in.

You mentioned how your game was trending in the right direction. What were the elements of its development?

It came down to getting better at everything. But I also realized 72 holes in a tournament is a long stretch and you don’t have to play perfectly. You deal with the adversity as it comes. You can practice all you want but you can’t replicate the pressure and intensity of a tournament situation. Patience and composure are key.

On the Korn Ferry Tour where players go low every week, isn’t solid putting and getting it in the hole such a priority?

Yes, that’s fair to say. If you’re having a good week, you’re probably holing a very high percentage, say 90% or more, of putts under six feet and then making some longer putts each round. In terms of my total statistics, I look at overall trends. For example, I made a conscious decision this year to play to my strength—which is driving the ball. (Note: Brehm is 4th in Driving Distance at 318 yards.) I realized that laying up on par-fives and wedging it close was not my game but someone else’s. I needed to play to my advantage by using my best club in the bag which is my driver.

What were thoughts about not playing in the Rocket Mortgage PGA Tour event in Detroit?

I would’ve loved to have come back home and play in that event. I wasn’t eligible other than as a Monday qualifier. But we were focused on this Tour in order to get to the PGA Tour more permanently. It’s so hard to show up one week on the PGA Tour and expect to win. In order to improve my status, I would’ve needed to win in Detroit. And that’s a lot of pressure. Overall, it all turned out well. Hopefully, I’ll be there next year.

With your PGA Tour card guaranteed for next season, what’s your schedule like going forward?

There are eight Korn Ferry tournaments remaining including our Championship ending on September 2. But then the PGA Tour will start up again in late September with its Fall Series. Before then, I’ll try to improve my current position on the money list in order to get in more tournaments next season.

Finally, what’s your take on Matt Wolff winning this past weekend in Minnesota?  Here’s someone 20 years old winning a Tour event in only his fourth start.

Let me tell you, I was not ready at 20 to win a PGA Tour event. I might have had the physical skills to compete but I didn’t have everything else to pull it off. I was very impressed with Matt. I think some of these young players play with a confidence that allows them to succeed quickly. Some people need more time to develop that confidence whereas players like Wolff and Jordan Spieth before him have it at an earlier age. Think about it: he had no status anywhere but he got a sponsor’s exemption and went out and won. It’s pretty amazing.

One Response to “Q & A with Ryan Brehm, newest winner on Korn Ferry Tour”