Unlike other major sports, golf hasn’t done a good job in regulating the effects of technology on the traditional dimensions of the game. In contrast, Major League Baseball (MLB) has long outlawed the use of an aluminum bat so to as control the velocity of a struck baseball coming off it. If aluminum bats were used in the majors, as they’re commonly used in Little League, high school and college—largely for economic reasons—traditional ball parks and their dimensions would be adversely impacted. MLB also argued that aluminum bats posed a safety risk to players by producing a dangerously fast velocity.

Recently, I’ve learned how professional tennis nearly 20 years ago made decisions relative to its official tournament ball to preserve some essential aspects of its game. In 2002, the Tennis Federation adopted a new official tournament ball to slow down the power and speed of serves on hard courts, while speeding up the game on slower surfaces such as clay. The slightly larger ball came off the racquet at the same speed as a standard ball, but decelerated during flight to give the receiver about 10 percent more reaction time. The result was more rallies and less of a power serve game. Michigan’s Ian Harris, the head tennis professional at Southfield’s Franklin Athletic Club and one of the best senior amateur golfers in the state, remembers when tennis made the move. “Although it was past my playing days when it happened, the new ball was an attempt to make the game more interesting,” said Harris. “And it wasn’t just the ball; it was also advances in racquet designs and stringing technology.”

Was it effective?  “Not entirely successful,” insisted Harris who in his prime won professional tennis tournaments on five continents. “You still don’t see anyone using an attacking style—most players remain behind the baseline.” Harris further explained that if a player goes to the net, the improved racquets and stringing allow receivers to impart so much spin and hit such sharp angles that they easily defend against the attacking style. But at least tennis took steps to try to manage the unintended effects of technology on the game.

Meanwhile, golf is dealing with the effects of increased distance by a confluence of factors—technology, player conditioning and technique, and agronomy. These effects are most apparent in the elite player—college players, top amateurs and professionals. When the PGA Tour started keeping statistics in 1980, the average Tour drive was 256.5 yards. Michigan’s Dan Pohl led the tour that year in driving average at 274.1 yards, and again in 1981 with a 280.1 yard average. In 2020, the average driving distance on Tour had risen to 296.4 yards, a 15% increase over the past 20 years.

Kevin Na, the recent winner of the Sony Open, who ranked 186th in driving distance on the PGA Tour in 2020 at 288.2 yards, openly admitted that the dogleg laden Waialae Country Club—designed by Seth Raynor—gave him a chance to compete against the bombers. He said: “I’ve got to take advantage of these golf courses.” 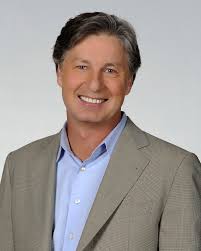 Golf Channel’s Brandel Chamblee this past month wrote a piece about the distance debate in golf. In addition to technological improvements in the ball, shaft and clubhead composition, he also cited certain course set-up standards that have contributed to added distance for elite players. He claimed decreased fairway heights over the last 30 years—going from 3/4 of an inch to now 3/16 of an inch—have also boosted the average driving distance of pros.

And he rightly credited player conditioning in added swing speed—most notably by Bryson DeChambleau—as an accelerant for more length.

But Chamblee really thinks the distance problem in professional golf—with its unsustainable lengthening of courses—could be better combatted by mower height.  “What we need, is not to make golf balls shorter or golf courses longer, but to make the fairway heights, the rough heights and the green heights longer, and almost every single problem in this game will be solved.”

There’s some truth to what Chamblee is arguing. Most Tour courses are set up so that fairways are firm and fast and few allow roughs to go to US Open-type length. In so many words, the PGA Tour has always claimed that’s in the entertainment business where birdies make spectators, sponsors and television network officials all smile.

But Chamblee discounts the effects of improved ball and driver-and-shaft composition that has allowed the carry (and not just the roll and carry) of an average Tour drive to reach unprecedented lengths.

I remember one Masters more than 10 years ago when Tiger Woods, speaking in a pre-tournament interview, claimed that carrying a drive over a bunker or penalty area 320 yards out was once never seriously considered except for a few golfers. He then admitted “nowadays” dozens of players easily accomplish the feat.

And the ball is a problem. When the ProV1 was introduced it was a game changer. It—along its competitors—remain so today. “I remember in the old days, long hitters would hit it really hard but have a lot of spin on their drives, somewhat offsetting their advantages,” said Chris Mile of Miles of Golf in Ann Arbor. “But the new balls virtually eliminate spin for the elite players.”

So why not just have a tournament ball for golf as in tennis? Jack Nicklaus, a traditionalist in every sense of the word, has called for it in the past. And in fact, the Ohio Golf Association even conducted some of its tournaments with an official golf ball decades ago. So what’s the objection? Because it would result in a bifurcation of the rules of golf. The R & A and the USGA want one set of rules to govern the game, not two.

Ian Harris has an opinion or two on that stance.

“It’s ridiculous to think even good players play the same game as Rory or Tiger,” says Harris, who qualifed for the US Senior Open in 2015.  “When I went into the equipment van at that tournament, I got to see the level of sophistication in terms of equipment and matching that equipment to players. Players at this level are getting the absolute most out of their equipment that far surpasses that of general golfers.”

Like many, Harris sees the pluses of a tournament ball. “The benefits in not lengthening classic courses for a small segment of golfers would be obvious. The tricky part is where to draw the line in the sand for what golfers. Possibly it would need to begin with college players and professional players.”

Mile added another perspective: “There’s already a bifurcation now when it comes to the Rules between amateurs and Tour pros. On Tour, there’s always a stroke and distance penalty for lost balls and out of bounds whereas there’s no distance penalty (but an added shot) as an option for amateur players.” Opposing this viewpoint is Frank Thomas, the former Technical Director of the USGA and founder of Frankly Golf, a putter and consulting company.

“One of the lasting appeals of golf is that one set of rules govern everyone, from the weekend player to the major champion. We shouldn’t change the rules for a very minuscule number of players,” said Thomas. “Instead of limiting or rolling back technology, tournament organizers should look at course set-up,” added Thomas, echoing the concerns of Chamblee. “Put the premium back on hitting fairways by making the rough more penal.”

So the debate continues. In the interim, we can only wait for the USGA/R & A’s distance report in March.