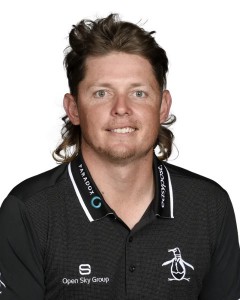 Earlier this year in a column, I posed this question: Is the PGA Tour getting monotonous?

At the time, I was lamenting the lack of drama and controlled shotmaking at certain Tour stops, namely the Sentry Tournament of Champions at Maui’s Plantation course. That’s where Australian Cameron Smith led the field with a mind-boggling 34-under-par 72-hole total. The weather and course conditions contributed to the low scores but still something was lacking: an essential balance of challenge and skill, lessened now by the advances in equipment and the golf ball.

I ended the piece wishing for 30-mile-hour winds at the next Tour stop. Many readers agreed with my take. PGA Hall of Famer Gary Wiren said: “You certainly ‘got it right’ about the lack of interest that will follow the tour of easier courses related to length and the distance that the ball can now be hit.”

Several other readers disagreed saying the skill level of Tour players is amazing and never boring. To one dissenting Michigan PGA member, I said: “I don’t deny the calibre of play. Maybe another way to look at it is there’s too much offense and not enough defense at times to maintain my interest. It’s akin to watching arena football or an overmatched NBA team.”

Fast forward to this past weekend’s Player’s Championship won by the same Cameron Smith in an even more impressive fashion. This time both the weather and course conditions provided considerable challenge to the world’s best players. It was anything but monotonous!

Windy and monsoon-like weather combined with the highest and gnarliest rough ever seen at TPC Sawgrass led to some of the most difficult playing conditions outside of the British Isles. And admit it, didn’t we love it?

No doubt those players who got the early/late tee times for the first two rounds benefitted the most. In fact, on day one Smith teed off at 7:40 am which proved fortuitous. Other players with early times were Anirban Lahiri (wasn’t he impressive?) and Paul Casey, finishing second and third respectively for the tourney.

Not getting lucky in their draws were Kevin Kisner and Keegan Bradley but somehow they weathered the conditions, ending up fourth and fifth respectively. Incidentally, Kisner played those first two rounds with recent Tour winner and Michigan native Ryan Brehm who missed the cut.

Cameron Smith had a remarkable final round, matching solid ball-striking with a magnificent short game. His putting display was particularly spectacular, one-putting eight of his last nine greens. It was the best putting performance under final round pressure since Patrick Cantley bested Bryson DeChambleau in a playoff for the BMW Championship.

I’m repeating myself but two Masters ago when Dustin Johnson won, I picked Smith to win it all via a Las Vegas bet at 200-to-1 odds. He finished T-2 and became the first player to shoot all four rounds in the 60s.

Those odds were surprisingly long then and long gone now.

Increasingly, I’m finding the NBC-TV coverage the best at covering golf, especially when Michigan’s Mike Tirico is part of the package. Dan Hicks does an able, no-nonsense job as the main announcer and Paul Azinger has become an insightful analyst, becoming a worthy and less contentious successor to Johnny Miller. And all the other announcers are strong and non-intrusive.

And unlike CBS,  NBC hasn’t prequalified its talent team by the possession of a foreign accent. What one says and doesn’t say, is far more important than how one says it. The Irishman David Feherty keeps his commentary lively while not forcing the humor so much these days.

More and more, Notah Begay is becoming my favorite announcer. He has such a soft-spoken manner and delivery, you’d think he’s within ear shot of the players.

NBC will stat you to death at times but it’s usually good stuff, like the number of balls finding the water on 17 &18. I do like its practice of highlighting the players’ score in a side box when they’re on camera.

Anyway, it was a good weekend plus Monday to watch golf.

2 Responses to “Remote Observations of the Players Championship”