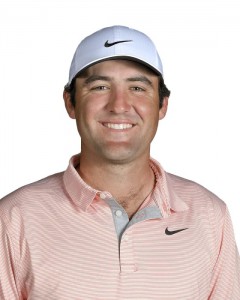 (Augusta, GA)  Scottie Scheffler cemented his position as the no. 1 player in the world with a convincing triumph at the Masters Tournament. Displaying both a lofty ball-striking skills and a sublime short game, Scheffler claimed the green jacket by a three-shot margin, tarnished only by a four-putt (“a hiccup”) on the 72nd green.

With veteran caddie Ted Scott on his bag, Scheffler led the tournament after 36 holes and remained the front runner. In fact, he played in the last group every day but Thursday. Playing board games in the evening at his rented home with his wife and friends, he tried to relax—to no avail—as he pursued his first major. Sequence is one of his favorite board and card games, requiring strategy and concentration while still being social.

Two of his shots particularly stood out over the weekend. On Saturday at his 18th hole, Scheffler made a remarkable bogey when the possibility of a double or triple bogey was looming. But after taking an unplayable lie for his second shot—the result of a hooked drive into the bushes—and taking a one-shot penalty, Scheffler rifled a 225-yard 3-iron to just over the green. Getting up and down for a critical bogey, Scheffler said it “felt like a par” and put him in a positive frame of mind as he signed his card.

The other pivotal shot happened on Sunday on the front nine. After a shaky start when he missed the first three fairways and after his three-shot lead had shrunk to a single shot, Scheffler chipped in on the third hole. Meanwhile, his playing competitor Cameron Smith, playing from the same spot as Scheffler, failed to get up and down and the margin went back to three shots. From the 4th hole onward, that margin held up and Scheffer’s lead was never seriously challenged.

Rory Mcllroy did his best to make things exciting, matching the course record with an 8-under par 64. But it wasn’t enough. Still, his runner-up finish will boost Mcllroy’s spirits as he chases the elusive career Grand Slam again next April.

Besides being “patient and staying in the present,” Scheffler credited his lob wedge as the key club in his bag. “I mean, I chipped it so good this week.”

For the week, he was fifth in putting with 110 putts, marred by that 4-putt on the 72nd hole. Justin Thomas led the field with 107 putts. In the equally important Greens in Regulation stat, Scheffler was T-5 with 49 greens hit out of 72. Kevin Na led the way with 51 out of 72.

In driving distance, he was 16th with 299 yard average and for accuracy he placed T-8 with 43 fairways hit out of 56—a 77% average. Yet, stats don’t reveal the strength and size of Scheffler’s heart and soul.

In an unexpected reveal to the press gathered in his post-round interview, the affable Dallas native confessed he “cried like a baby” on Sunday morning, feeling “overwhelmed” by the off-course pressure and stress of the Masters. “I was sitting there telling Meredith, I don’t think I’m ready for this.”

But she calmed him down, reminding him of the tenets of their Christian faith. Scheffler took her words to heart, saying, “God is in control and the Lord is leading me.”

Once he arrived back at Augusta National early Sunday afternoon, he “felt at peace when on the golf course.”

On Tuesday, Scheffler was in the interview room and I asked him about his junior and college golf days and how they led to his development as an accomplished player. I remembered when he played in the 2010 U.S. Junior Amateur Championship at Egypt Valley CC in Ada as a 14-year-old. He ended up securing the final spot for match play after a 5-hole playoff. He lost his first match the next day. Three years later, he won the U.S. Junior.

In college, he played at the University of Texas from 2014 to 2018, where he helped the team win three Big 12 championships and was named “Phil Mickelson Freshman of the Year” in 2015. He also played on the US team of the winning 2017 Walker Cup.

As a pro, Scheffler joined the Korn Ferry Tour in 2019 and became a PGA Tour player in 2020 when he earned “Rookie of the Year” honors.

Of course, Scheffler really arrived this year, winning three times before the Masters—in Phoenix, in Orlando and in Austin—elevating to the no. 1 ranked player in the world.