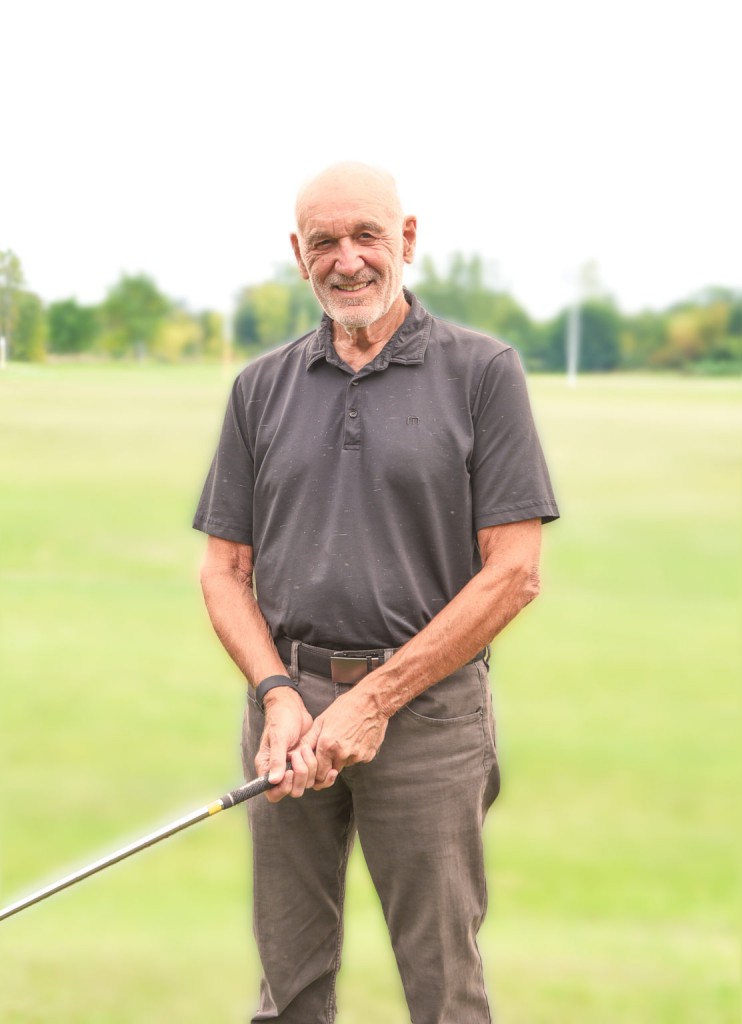 One of the sharpest people I’ve met in the golf business in my 40 years covering the game has been Chris Mile, the founder and President of Miles of Golf (MOG) in Ann Arbor and Cincinnati. Actually, I knew Chris even before he got involved with MOG. He was a frequent playing partner of a mutual friend, Brent Rector, and the two of them won a number of Member-Guest Invitationals at Blythefield CC in Grand Rapids. My brother Tim, also a member of Blythefield at that time, also played golf with Chris on many occasions.

Many people forget what an accomplished golfer Chris was in his prime. He was twice a runner-up in the Michigan Amateur to two Michigan Golf Hall of Famers:  losing in 1965 to Bud Stevens and again, thirty years later, in 1995 to Steve Maddalena. Talk about maintaining one’s game!

Over the years, road running and fitness became a new passion and pursuit but Chris never lost his enthusiasm for golf. With a keen business acumen, he built one of the most impressive golf facilities in Michigan, winning numerous awards for the various parts of MOG: range, retail and club-fitting.

Thoughtful and reserved and with a good sense of humor, Chris will deflect personal praise for the success of MOG, instead extolling the virtues of his partners and staff. Over the years, I’ve been a frequent visitor at the Ann Arbor facility. Like many others, I was more than willing to drive several hours from Grand Rapids to be expertly fitted for equipment. At other times, I stopped to see the teachers at the Kendall Academy whenever my swing and ball flight went AWOL.

Knowing my game and my equipment were in a good place because of Miles of Golf, my return trip to Grand Rapids only seemed longer because I couldn’t wait to get on the golf course.

Thousands of other golfers in Michigan surely feel the same.

Here’s my interview with Chris Mile. It was edited for length and clarity—Terry Moore

Q: Let’s start with the basics, Chris. Where did you grow up and get involved with golf?

Mile: I grew up in the little town of Stanton, MI, 50 miles northeast of Grand Rapids. Crazy about golf, I used to attend the Buick Open every year. I earned a college golf scholarship to the University of Miami (FL) and played for four years and was captain. In fact, another high school golfer from Michigan also ended up at Miami,  Jim Gittleman from Alma. We played on the same team for four years.

Q: And after graduation?

Mile: I went on to Columbia University where I earned my MBA.  I spent 10 years in New York City before getting back to Michigan where I purchased a beer distributorship in Cadillac.

Q: Fast forward: how did Miles of Golf in Ann Arbor come about?

Mile: Actually that property has been associated with golf since 1952 as Pat’s Par 3 and Driving Range. So it’s been part of the community since that time. Twenty-seven years ago, I leased the property and we’ve been here ever since.

Q: So today, Miles of Golf is recognized throughout the state as a retailer, club-fitter, driving and practice range and the home of Kendall Academy. What’s been the biggest surprise during this time?

Mile: I’d have to say the driving range because our business has doubled over the last several years. It’s been largely due to the success of Toptracer technology which allows users to track every shot they hit at the range. In fact, we have data now on over 25 million practice shots at Miles of Golf. It’s been a game changer for us because it got us in the entertainment side of golf and not merely game improvement. 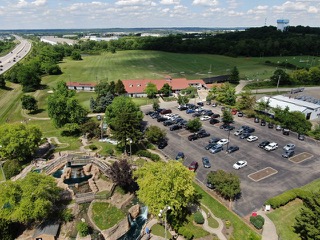 Q: How else has Miles of Golf evolved?

Mile: We became a regional golf facility able to attract golfers across the state looking for our quality clubfitting and equipment. In fact, we attract golfers from Ohio and Indiana, too. We soon realized serious golfers will travel an hour or two to get fitted. The introduction of the Cluboratory was definitely a pivotal addition to our business.

Q: How have equipment and technology impacted the game and your business?

Mile: We did an informal study and looked at equipment, through the help of club collector Gene Bolden, over the last several generations: hickory, steel and titanium. From hickory to steel-headed clubs, there was a 13% increase in distance. And from steel to titanium there was another 13% increase. So the improvements in equipment led to a 26% increase in distance. On top of that, the improvement in the golf ball has only accelerated the distance factor. And shots, for the most part, are much straighter with newer clubs and balls.

Q: How did Covid affect your business?

Mile: It was scary at first as we were closed for two months. Our team, led by Doug Davis for the range, and Brent Norton for the retail and clubfitting, did a fantastic job of managing during that uncertain time. One crucial decision we made was to take the federal assistance money and significantly increase the compensation level of some of employees. The result was our club-fitters are now able to make a career out of what they’re doing. It was a nervous time but it turned out well. Retention of key staff members is less of a concern.

Q: What are your thoughts on Covid being a boon to the golf business? Some have said, it was a far bigger influence than Tiger Woods becoming an icon in golf.

Mile: Actually, we noticed our business gaining strength beginning in 2015. It’s been going up ever since and was given a healthy boost by the pandemic. Of course, we made some changes and additions over this time. We added Pat’s Tavern, Toptracer, and food service to our hitting bay suites. We took a page from what was happening with Topgolf.

Q: Speaking of Topgolf, you have some interesting statistics on how golf has grown in that aspect.

Q: On that note, have the ups and downs of the business have leveled off?

Mile: Oh yes. When we first started, we made all our money in the spring and summer and just held on until the next year. Now we’re busy year-round. Doug Davis has never had to close our range for even a single day. And in the winter, customers still frequent us for simulators and Toptracer.

Q: How did Miles of Golf in Cincinnati come about?

Mile: We received a call from the owner of the property and he wanted us to take a look at it. Although it was in poor shape, the property and its assets blew us away. Family Golf had put a lot of money into it and it was very well built. After some time had passed we finally purchased it. What makes it so attractive is that it has a parkland look and feel. It’s located off I-75 so it’s ideally suited for the market. It’s been a very successful investment. 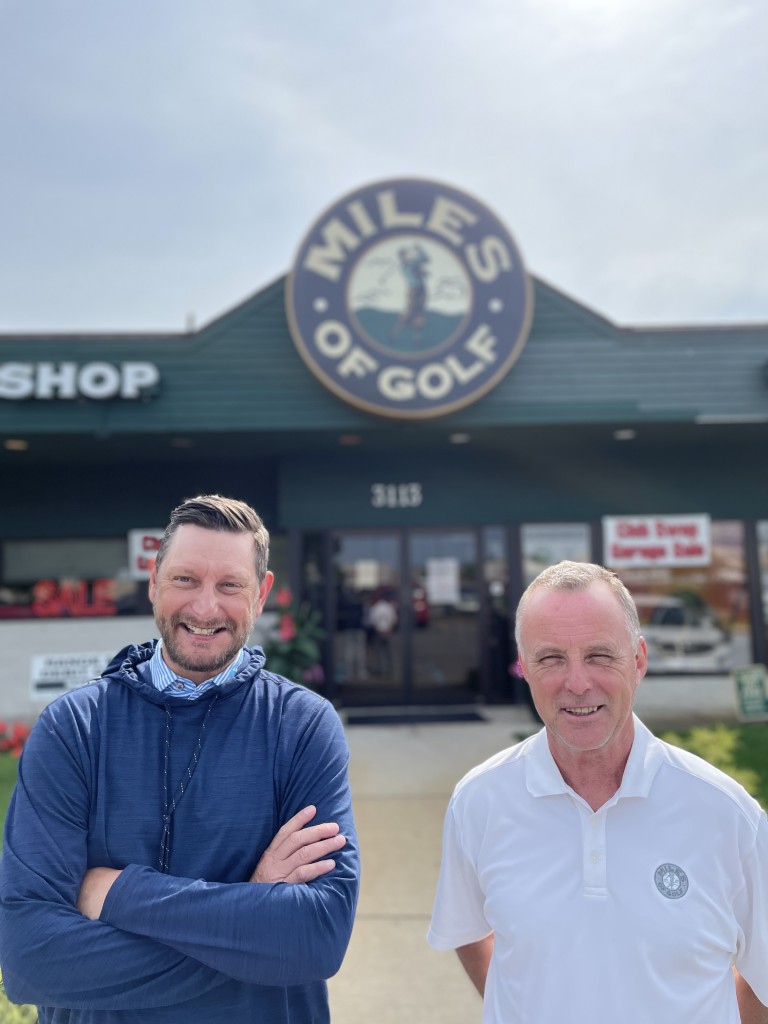 Mile: Doug started with MOG at its inception. When he started, he was one the best amateur players in the state. He has created some of the best driving ranges in the business in Ann Arbor and Cincinnati. The Ann Arbor range is probably the largest in the state. He is a very hard worker, dedicated to making MOG a success.

Brent Norton is loved by his staff. Like Doug, he’s a hard worker and knows his business inside and out. The success of the Cluboratory and clubfitting are largely the results of his passion and commitment. Doug and Brent are part owners of MOG.

I’ve known Dave since he was head PGA golf professional at Cadillac Country Club. In 1997, he made an unbelievable move when he started the Kendall Academy at Miles of Golf because he started from scratch.  He now has eight instructors and boasts the largest teaching academy in the state, and owns the Washtenaw Golf Club that he purchased in 2020.  Anyone who takes lessons from the academy comes away feeling that their instructors are dedicated to making them a better golfer.  As a two-time winner of the Michigan Senior Open, President of the Michigan PGA and Michigan Golf Hall of Fame member, Dave elevated the stature of Kendall Academy.

Images courtesy of Miles of Golf