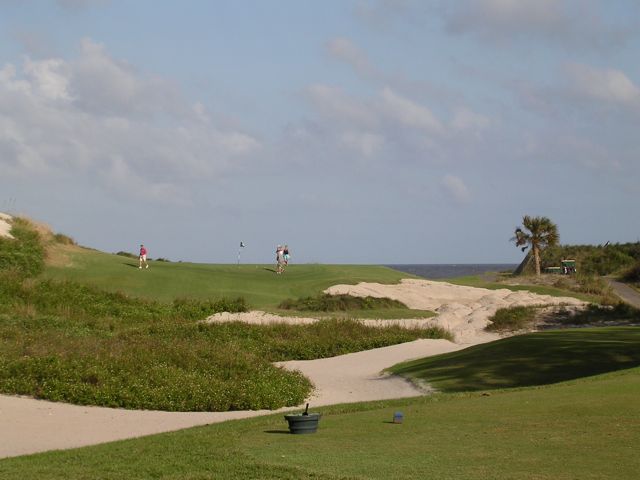 Ocean Link’s par 3 15th is one of the most visceral and dramatic green sites in Florida golf.

For a course that’s barely 6100 yards with one of the most disconnected routings in Florida and possibly the most anti-climactic finishing holes anywhere (a wedge/9-iron par three), there are some exhilarating highs at Amelia Island Plantation’s Ocean Links. Five holes play through and atop the Atlantic Ocean dunes: no single course in the state has more oceanfront holes, nor are any as interactive with the surf and beach. These alone make Ocean Links worth playing.

There are also some wonderful short and mid-length par fours that are devilishly tricky–including the first four which were all originally designed by Pete Dye–and some classic Florida-style risk/reward par fives.

Still, I wish I could rate this course even higher as it’s a sentimental favorite of mine. But the original nine Dye holes seem to have been fit wherever they wouldn’t get in the way of the hotel and condos, leading to some outrageously long cart rides from one to another. Bobby Weed’s newer nine has even less leeway and is compartmentalized in several parcels at the far north end of the resort so the whole course plays in a series of disconnected pockets. 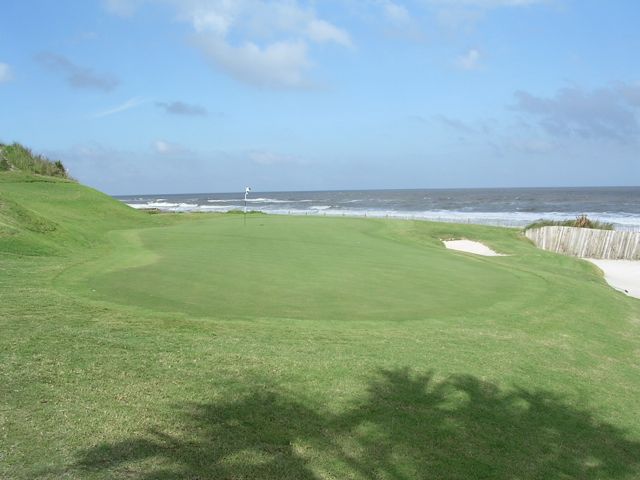 The funky little green at Ocean Link’s 5th is benched into an elevated dune.

Ocean Links is really Weed’s now (he renovated the older holes during the addition), but his shaping and bunker scaling definitely respect the off-kilter forms of early Dye, whom Weed knows as well as any architect does. The best holes are the most the most quirky ones, like the par three fifth with its long and narrow green notched into a high dune, or the short par four 12th with a tiny, shallow green set at fairway height.

Weed did get a slice of prime real estate for the 15th and 16th holes, a par three playing out to the dune headlands followed by a big par four that rumbles along the dunes and surf toward a wavy low-profile green. When it’s all said and done, even though it has severe shortcomings, you’re not likely to forget this little seaside jewel. (87) 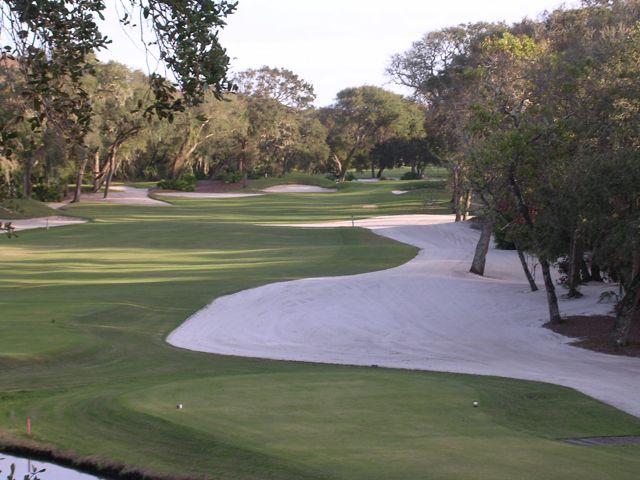