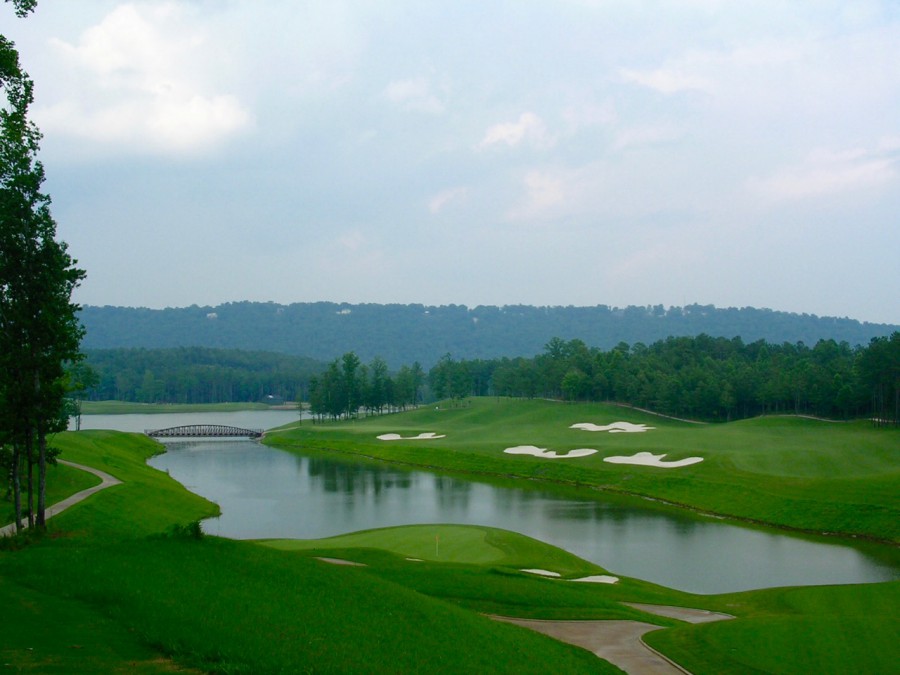 Ross Bridge’s 14th and 15th holes demonstrate the heroic nature of its holes as well as the big views across the property.

Ross Bridge is one of the biggest courses you’ll ever play. I’m not just talking about the 8,200-yard “Black” tees that are purely marketing fodder, but rather the overall size, shape and scale of the property and its golf holes.

Located just southwest of Birmingham, Ross Bridge feels epic, set in a trident-shaped bowl surrounding two lakes made by damming a small tributary to nearby Shades Creek. The routing runs up the flanks of the surrounding hillsides then back down to, and over, the water, and different elevated points get you wide angle views of the property and distant holes.

The last new course to be built for the state’s Robert Trent Jones Golf Trail, Ross Bridge is the apotheosis of all the themes that have been developed at each location since the first venues opened in 1992: A massive property with Herculean character and elevations; huge multi-level greens and enormous clover bunkers; a remorseless aversion to self-restraint or subtlety; and a relentless display of holes that promote heroic attempts to carry bunkers or water features. 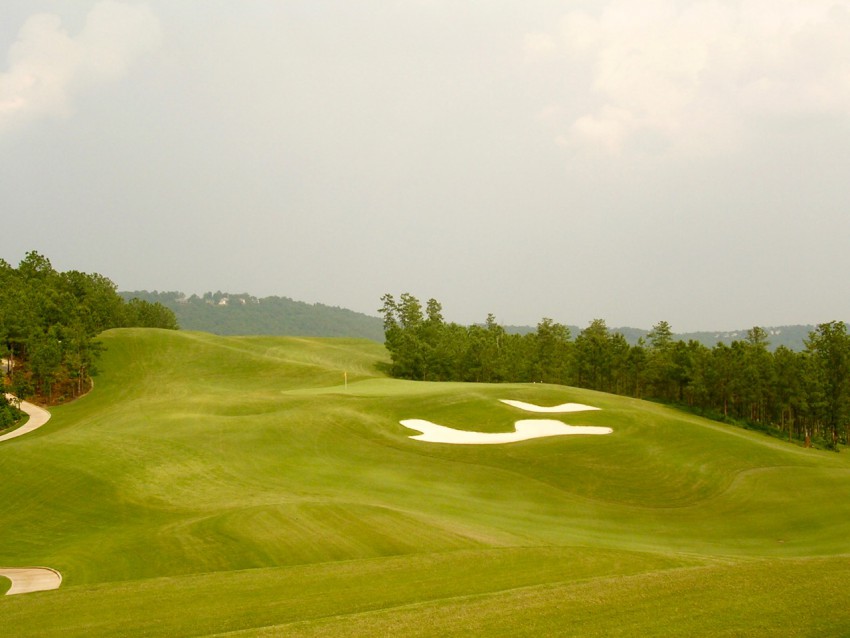 The massive scale of the site and of the features are unmistakably “the Trail.”

It’s all present, but here its given in a more controlled, refined manner. This is the Trail all growed up, an unapologetic wild child settling into more reflective adulthood.

One of the fascinating–or maddening–things about the Trail courses is their frequent lack of proportionality. Greens that are 50 yards across and 15 feet deep. Bunkers that are as large as greens, or wider than the fairways they border. A heavy hand in the shaping around greens. Most of these issues are solved at Ross Bridge–the shapes are softer and easier, the hazards placed sensibly…it looks like a real golf course, muscular but not grotesque. 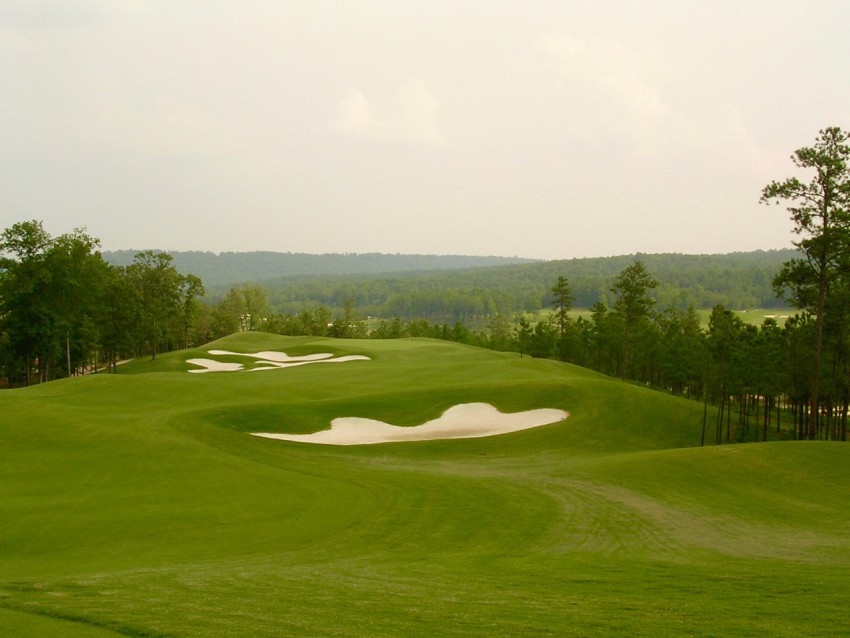 The par-5 7th sweeps down, then walks a ridgeline toward the green with beautiful vistas.

There’s still plenty of the Trail’s DNA here. The par-4 3rd offers a choose-your-own-line drive cutting diagonally across an inlet, a shot replicated at the 15th. Four is an all or nothing carry across the same water. A centerline bunker at the 9th makes you pick a side, the lower flirting the water but yielding a much shorter approach. There’s so much action that lovely, classically conceived holes like the par-4 12 and par-5 16th are almost overlooked.

Make no mistake: nobody’s going to be discussing the nuance of the ground features as they walk this course with bags on their backs. This is glamor golf, get in the cart and roll with it.  But if you like anything at all about the RTJ Trail courses, you’ll like it more here. (90) 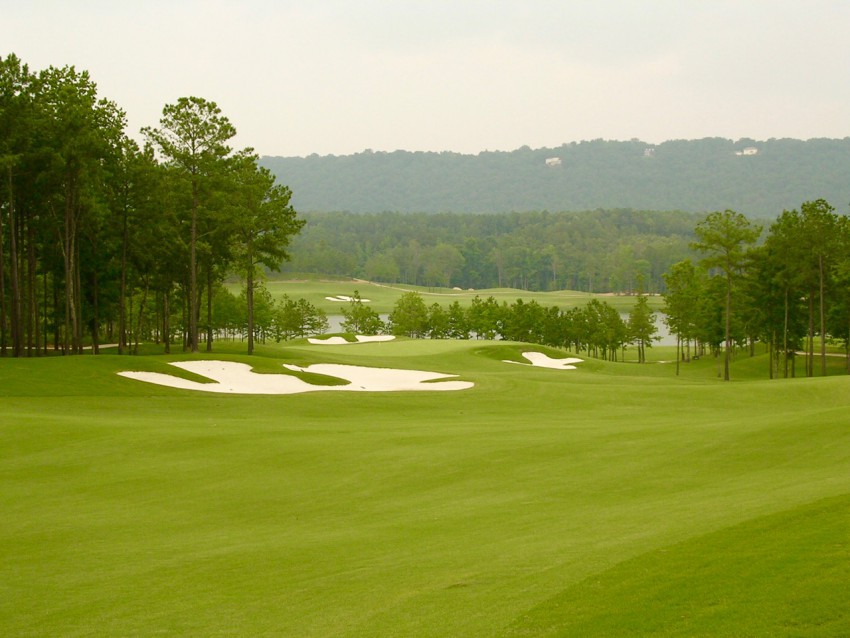 Playing up to 700 yards, the 13th, like all of Ross Bridge, is about length and strength. That’s what she said.