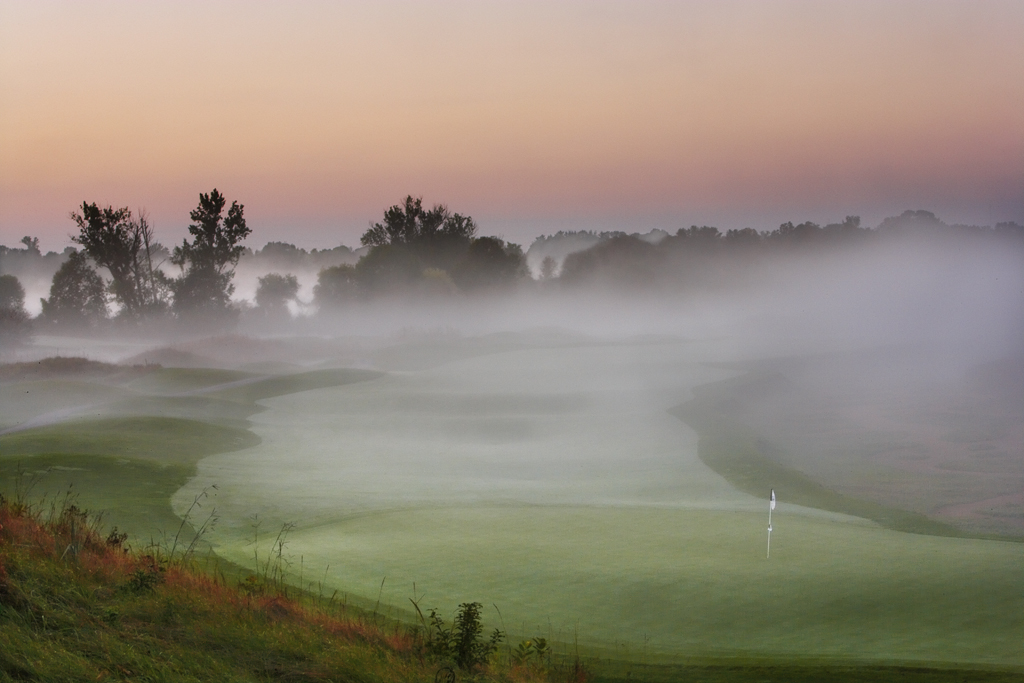 Looking deceptively benign, the eighteenth hole of The Championship Course at Blackwolf Run

[Round updates in Comments section below]

Chances are the Original Championship Course at Blackwolf Run would have made some of the competitors hot under the collar as is. But record high temperatures were also being predicted for today’s opening round of the 2012 U.S. Women’s Open at the Kohler facility in Wisconsin. 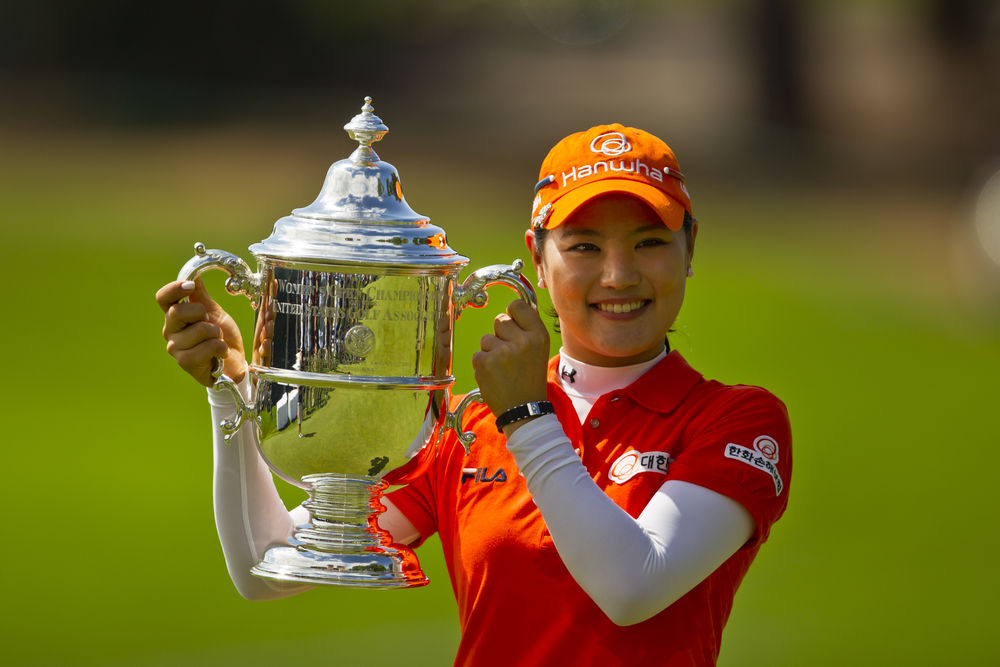 Care is being taken to see that everyone stays well-hydrated, but as for the layout, according to Ben Kimball, director of the tournament for the USGA, “This is our national championship, so it should be the toughest test for the women that they see all year. They’ll have to figure out a way to battle through the elements.”

That said, the course could play easier than 1998, when last and memorably played here with a winning score of +6. Though at 6,954 yards measuring 500 yards longer than that, the planned mix of tee boxes will ensure it’s not played at full length (in 1998, the tee boxes were relatively fixed throughout the tournament). On Thursday, the route was laid out at 6,807 yards.

In addition, the graduated rough philosophy adopted for the USGA tournaments in 2006 is being employed, with deeper rough on shorter holes.

And while the Pete Dye layout is in a beautiful setting, the players won’t have much time to appreciate the scenery. As in 1998, the routing begins on a special tee box of the tenth hole of the Meadow Valleys Course, and continues through hole 18 of that course. It then moves on to holes 1-4 and 14-18 of the River Course.

Visitors to The American Club resort were able to play the Championship layout in recent years as renovations were undertaken on the other holes. But now, except perhaps on some special days, that routing is reserved for the women the next four days.

The course is built for drama, though it won’t be easy for this year’s tilt to match the fireworks of 1998. The course seemed so difficult then that veterans like Nancy Lopez took out white towels and waved them in mock surrender. 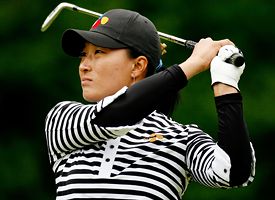 But amateur Jenny Chuasiriporn of the U.S. dropped a 40-foot birdie putt on the 72nd hole to take the lead at +6, leaving Se Ri Pak of Korea, then a rookie, an eight-foot putt for a birdie and the win at the last hole.

She missed. And so the tournament went to an 18-hole playoff the next day. Or so it was assumed, but the pair were still deadlocked after 18. It took an 18-foot birdie putt two holes later–the 92nd hole of competition for the pair–for Pak to secure the title.

Today, Chuasiriporn is a nurse practitioner in Virginia. Pak went into the Hall of Fame in 2007 as its youngest living member. She also became an instant role model for the young girls of Korea who are now a dominant force on the women’s tours.

Pak was set to tee it up again this morning with one of those players she inspired, fellow Daejeon native Jeong Jang, as well as Beatriz Recari of Spain. 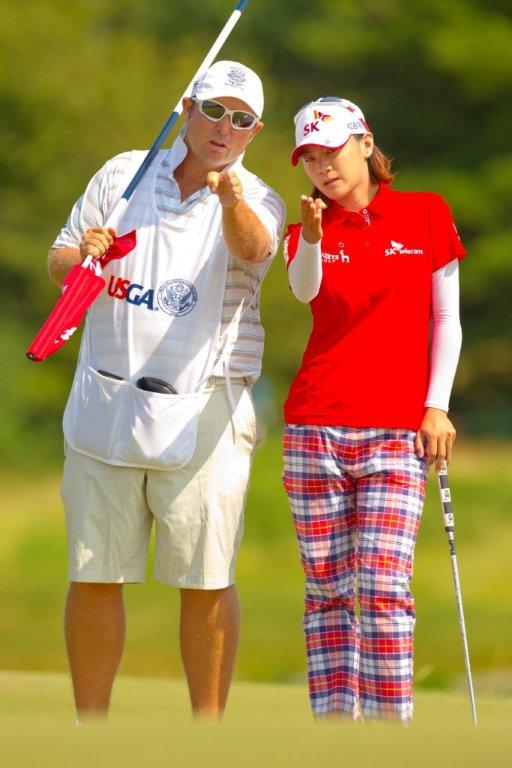 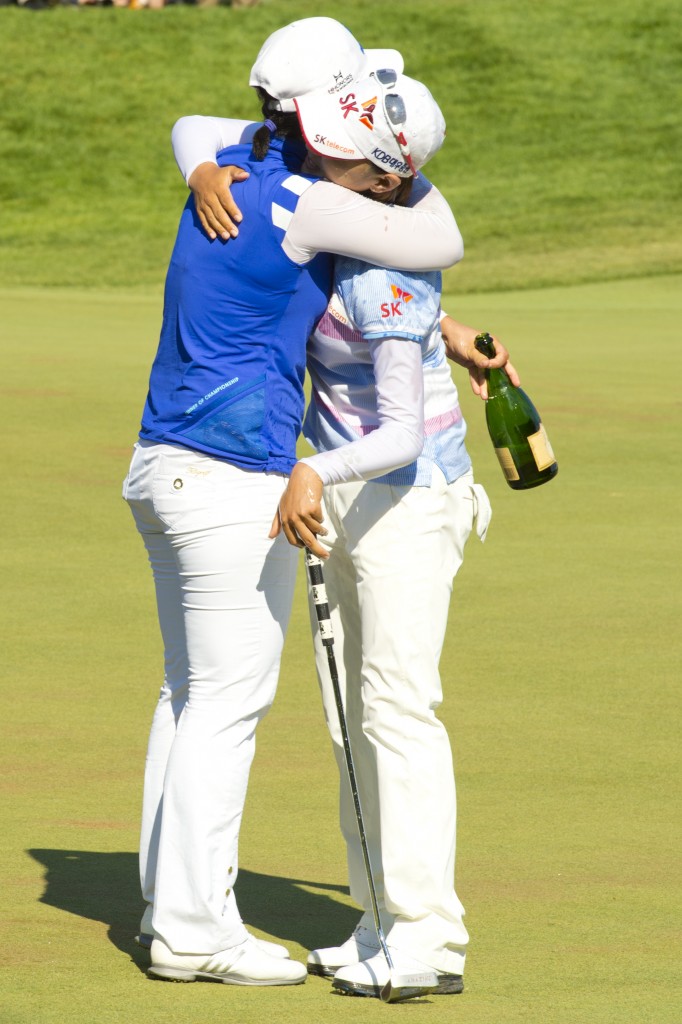 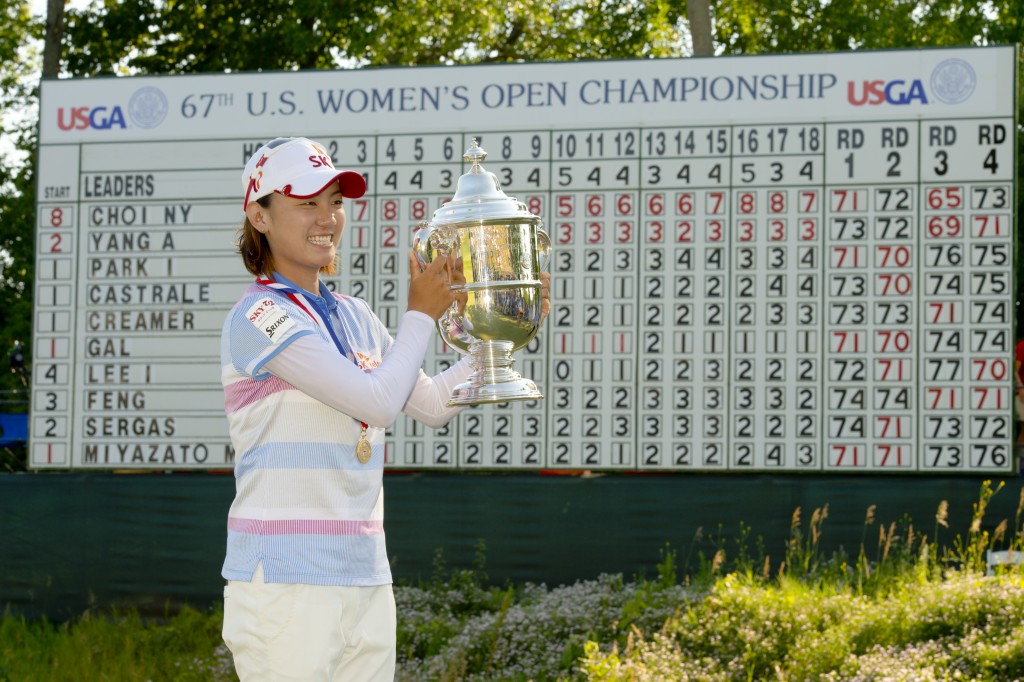 5 Responses to “These Women Are Hot!”