The former Lone Star mine in University Place, Washington, has served Pierce County well. The gravel pulled from the mine for over a century paved the county streets, including nearby Tacoma, and, about 23 miles away, Seattle, too; it was used for buildings and bridges. When played out, the unsightly pit was purchased by the county and its new life began to emerge as a public oasis—950 acres along the shores of Puget Sound with a beach, playground, walking trails, and a remarkable walking-only golf course called Chambers Bay. 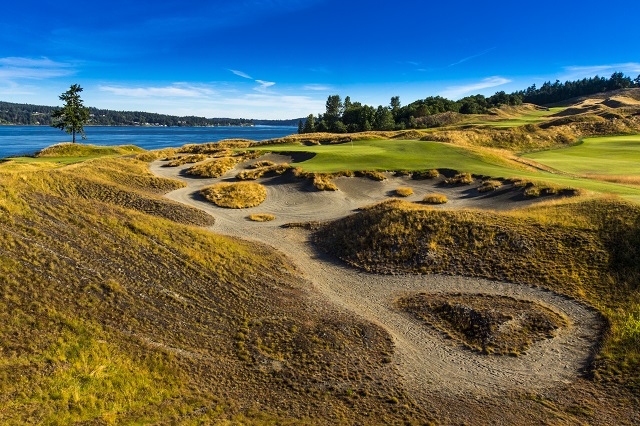 About 25 USGA tournaments have been held in Washington State, but never the big one. That will change next week, when Chambers Bay displays to the world just how remarkable it is.

[And anyone lucky enough to attend might be able to find some decent beer, too, if they read my “Open Spigots” guide in the most recent issue of The Grain.] 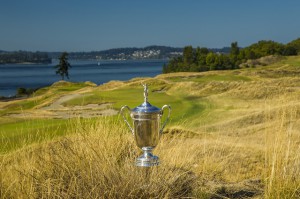 Novel in its very conception, the course was built with major tournament golf in mind, though when it was being planned there was no guarantee such a thing would actually happen. Yet as early as 2008, the year after the course opened, the decision was made to award it the 2015 U.S. Open, with a dry run of sorts hosting the 2010 U.S. Amateur.

USGA executive director Mike Davis said holding the Open at Chambers Bay represents some out-of-the-box thinking: “The last time we truly came to a new golf course, if you will, was in Minneapolis in 1970 for the U.S. Open at Hazeltine.” 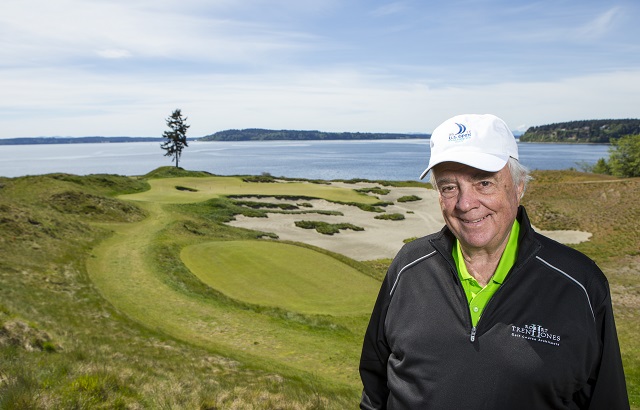 Golf architecture geeks can argue about whether Chambers Bay is really a links course or not. The owners and designers claim it is. The authors of True Links, Malcolm Campbell and George Peper, claim it is not, since it’s nearly 100 miles from the Pacific Ocean. Yet with its fescue fairways and greens, its sandy soil, its firm and fast conditions, the pair conceded that keeping Chambers Bay off their list was “a particularly thorny decision.”

No matter, as they also rightly say the course, “…will become the most links-like course ever to host the U.S. Open championship.” 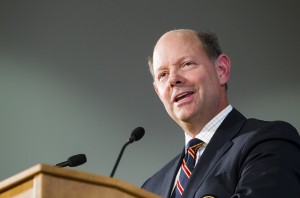 Along with being the first Open in the northwest, Chambers Bay joins Torrey Pines and Bethpage Black as the third municipal golf course to host the tournament. The course is open to all, though it shuttered around Memorial Day for the final Open preparations.

What’s the big deal with fescue grasses? According to Davis, “It’s a wonderful, wonderful surface to play on. It bounces. It rolls. It’s not a tacky grass like some ryegrasses and poas and bentgrasses that tend to grab a little bit when a ball hits it. There’s almost a skid to the ball, and it just makes for more enjoyable golf that requires more imagination, and candidly it’s more thought-provoking for a championship.”

It’s just as thought-provoking for the everyday player, who probably hasn’t seen a course like this unless some travel to Ireland or Scotland—or Bandon Dunes—is under the belt. Besides the conditions, there’s the view: against the backdrop of the Sound and the distant Olympic Mountains is a gorgeous expanse of wide-open virtually treeless golf, expect for the lone fir tree behind the par-3 fifteenth green, the next best thing to a logo. 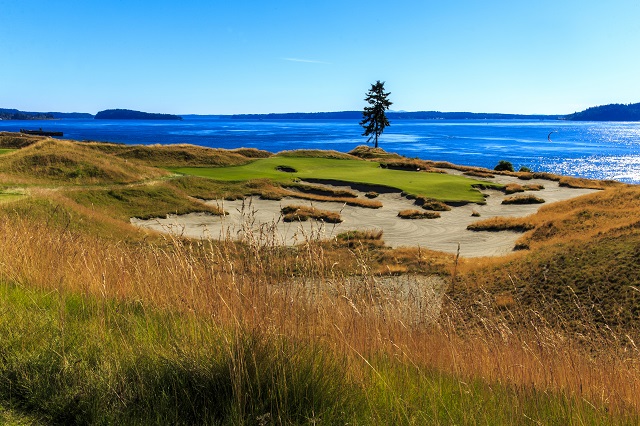 There are wild elevation changes on the course—40 to 50-foot climbs to the fourth and seventh greens, about a 120-foot drop on the par-3 ninth. Depending upon the wind, players may want to fly a ball in high, or bring it in low. In short, the course requires some shot-making. (From the 6,513-yard Sand tees, recommended for players who can drive the ball at least 225 yards, the slope is 135.) The variability of the holes depending upon pin placements makes Chambers Bay a constant riddle, although one immensely pleasurable to try and solve.

Indeed, start and finish with two holes that, on the regular scorecard, are both par-5s, although at the U.S. Open plans are afoot to make them par-4s and par-5s on different days simply through different hole and tee placements. (Par is regularly 72, but each round at the Open will play to a par-70.)

Davis says the USGA isn’t toying with the idea to be innovative or cute. “It’s really to celebrate this great architecture and play it both ways. At the end of the day, whether those holes switch par on a daily basis or not, we’re going to give the trophy out to the low 72‑hole score.” 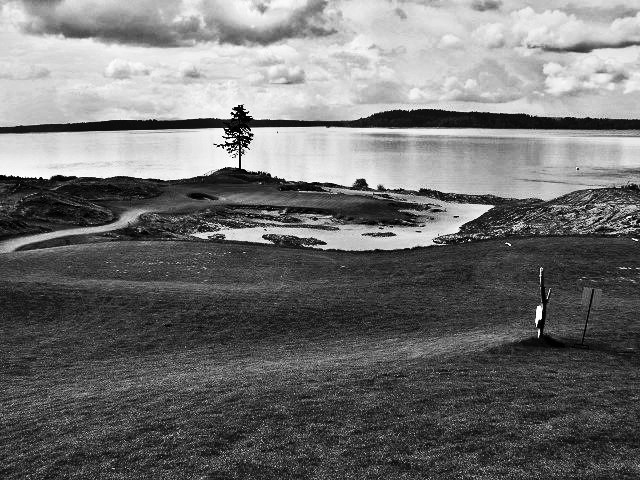