[Oct. 22, 2015]–An announcement rolled in a couple of days ago that anyone staying at any one of the eleven* Omni Hotels & Resorts golf properties can celebrate with a free birthday round of golf. It doesn’t even have to be on the day itself, as the offer extends to within seven days of a guest’s actual birth date.

Looking the list over I realized two things—one, that mid-westerners, or mid-easteners, are sort of out of luck; two, that as golf sluts go, I could be worse, in that I’ve only played and stayed at five of the properties. But I figure that’s enough to come up with a personal best-of list. Here are the participating properties: 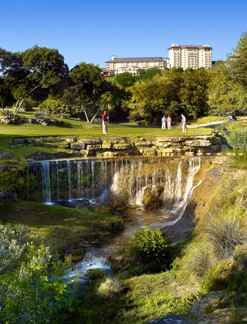 So my brief best-of list ranks the five I’ve played, in the order I’d like to return to them:

1. Omni Bedford Springs Resort (Bedford, Pennsylvania)
Any number of antique resort hotels have gone to wrack and ruin before being restored to their former glory, after infusions of much time and more cash. I’ve been to a few splendid reclamation projects, but everything about the Bedford Springs restoration is fascinating if you have a morsel of interest in history, golf or otherwise.

Built in the early 19th century, the resort became a luxury magnet for the wealthy, flourishing thanks to the supposedly healing springs nearby. Ten presidents have visited the property, seven while in office. By 1984 it was named a National Historic Landmark. Two years later it shut its doors. It took $120 million to raise this grande dame from the dead, but it appeared to have been worth every penny when she reemerged in 2007. 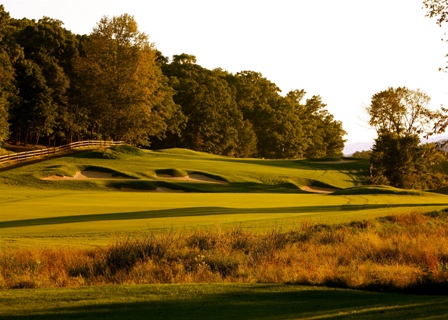 As for the golf, the restored course is a virtual museum of architecture, laid out in 1895 by Spencer Oldham, one of the first 18-hole courses in the country. In 1912, a chap named A.W. Tillinghast revised the course and shrunk it to nine holes. In 1923 Donald Ross stepped in, expanding it back to 18.

The current configuration is an amalgam of all three designers, under the hand of Ron Forse and Jim Nagle of Forse Designs. Intriguing to be sure, with a history lesson in every round, but also great fun to play.

2. The Omni Homestead Resort (Hot Springs, Virginia)
It’s only because I enjoyed Bedford Springs so much that I rank The Homestead a thin hair below it. Of the two The Homestead is the more venerable, having been established ten years before the American revolution. It also has more Presidential firepower–22 U.S. Presidents have visited or stayed here—and there are more golf courses, starting with the Old Course, which opened in 1892. The first tee remains the same, said to be the nation’s oldest in continuous use. It’s the same tee William McKinley waggled on in 1899, making him the first sitting President to play golf, or at least admit it. Originally a six-hole track, the Old Course was expanded to 18 by Donald Ross and updated by Rees Jones in 1994. 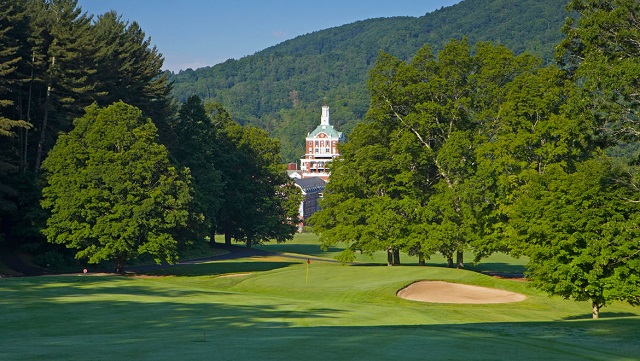 The jewel in the crown at The Homestead is the Cascades Course, a 1923 William S. Flynn design that is a mountainous joy to play in full view of the Alleghenies, which lend the course its natural mounding.

Rees’ father, Robert Trent Jones, laid out the Lower Cascades Course in 1963. Although that track has been closed for a couple of years, it remains a course where a 72-year-old Sam Snead shot a 60. This was Snead territory, and still is at the nearby Sam Snead’s Tavern, where the Slammer’s nephew J.C. Snead may well show up on a barstool near you.

3. Omni Barton Creek Resort & Spa (Austin, Texas)
My Texas golf portfolio is pretty thin. I reckon I’ve only played at two resorts, but since this was one of them I can still hold my head high. With two Fazio courses (Foothills and Canyons), one by Crenshaw and Coore (Cliffside) and one by Arnold Palmer (Lakeside), what’s not to like? Okay, it’s in Texas, but at least it’s in Austin, Texas, which is a whole different ballgame.

One of my lasting memories here, I’m afraid, is blasting a shot into oblivion over a par-3 for the simple reason that I’d pulled out a six-iron instead of a nine, to the great amusement of my partners. Caddies have been flogged for less, but I’ve never pulled a six or nine-iron out of the bag since without cautious review. So maybe there was a lesson there. 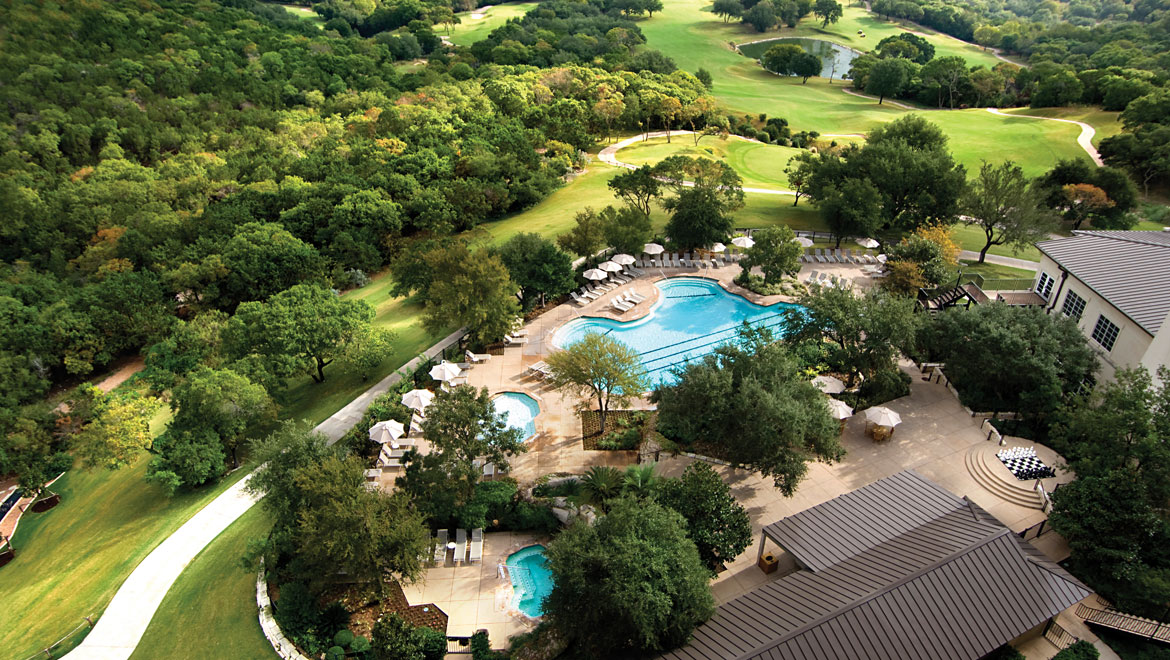 Luckily, one of my better memories is taking an actual lesson at the resort’s kickass Golf Academy. I’ll always be beholden for the bunker advice, which ever since has significantly lowered my penchant for major excavations, or the equally dreaded alternative of firing rockets far across greens. I had shown up with a serious case of sand cluelessness, but left plopping one shot after another right onto the putting surface.

I didn’t play all four courses at the resort, so that’s reason enough to return right there–so many courses, so little time.

4. Omni Mount Washington Resort (Bretton Woods, New Hampshire)
For several years the annual all-guys cross country ski trip I went on traveled to Bretton Woods to take on the trails at Mount Washington. I always wondered then what the resort’s Donald Ross course looked like underneath all that snow. I ultimately did get to play it, although it was a cold, early season round that, beyond the splendiferous setting, seemed unremarkable.

Hence my eagerness to return; in 2008 the course underwent a Brian Silva restoration of Ross’ original plans. It’s been voted the state’s Best Course You Can Play by Golfweek ever since. It seems like I’ve been invited to play it every year since, too, but it just hasn’t happened yet. Next year for sure, even if that will be one year after the course centennial. 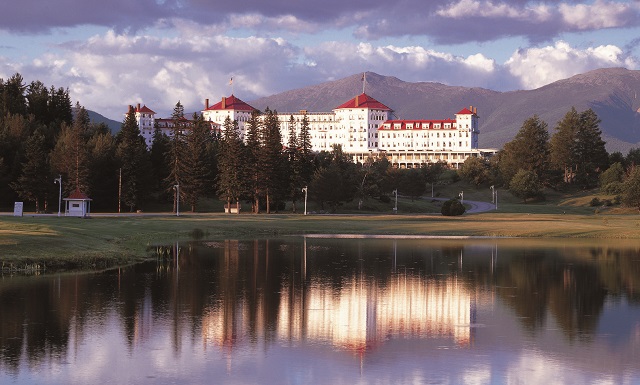 I’ll also like to have a whack at the Mount Pleasant Course, surely one of the few remaining Alex Findley designs in the country, dating from 1895. This one, too, was restored and upgraded by Silva in 1989, when he was still with the Cornish & Silva firm, with some input from none other than Gene Sarazen and Ken Venturi.

5. Omni Orlando Resort (ChampionsGate, Florida)
I’m not automatically dismissive of Greg Norman designs as some seem to be. I’ve played on any number of his courses that give me everything I need in terms of interest, challenge and variety. One of my all-time favorites is his Moonah Course at the National Golf Club in the Mornington Peninsula of Australia.

That said, his National Course at ChampionsGate has never struck me as the least bit interesting, Florida golf at perhaps its dullest, at least for a course that comes with some presumed cachet. 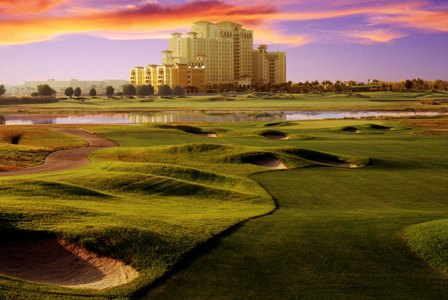 Luckily, Norman had another shot on the property, and the International Course provides the spice that the National lacks, although one is likely to score better at the National. The International is far more likely to beat one up, as its links-style fairways usher balls into bunkers with alarming regularity. In short, it will have your full attention.

It’s the International I might actually be likely to play on my birthday, January 21, since I’m usually at the PGA Show in Orlando at the time (and did agreeably stay at the resort one year). But if I actually had my druthers I would probably, like most golfers, opt to play at one of the resorts I haven’t been to yet. Most likely La Costa, since I’ve heard nothing but raves about it since the completion of a years-long renovation to both the resort and its two courses. Plus it’s in southern California. Top of the list. 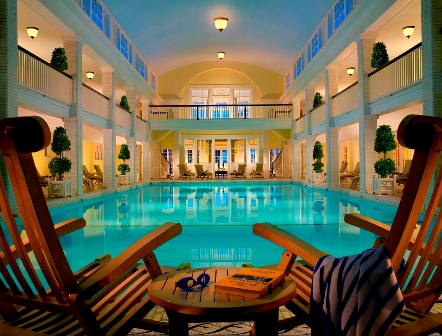 *Add a 12th, the Omni Hilton Head Oceanfront Resort. In 2017 Golf Digest named Barton Creek, the Homestead and Mt. Washington to its “Best Resorts in the Americas” list.