Couldn’t resist all the alliteration, but I’ll hereby try to resist any “bending elbows in Bend” lines from this point on, although we will be doing a fair amount of that on this Golf Road Warriors trip to Central Oregon.

Brandon Blake is a bartender at the Range Restaurant here at Brasada Ranch, home for three nights for me on this trip. Coming from the east coast I arrived a day early; the other Warriors arrive tomorrow in time for our first round of golf.

But I wasn’t going to squander the opportunity to get a Bend beer into me, and while dutifully fulfilling that obligation I got to talking to Brandon about the explosion of the craft beer craze in the area. He seemed to know what he was talking about, and there was that alliterative opportunity, so I asked him to name his top three. 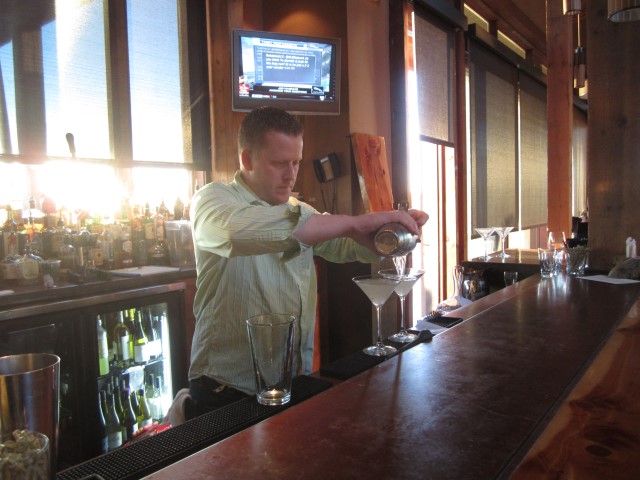 He gave it some serious consideration and, to end the suspense, listed Boneyard Beer, Crux Fermentation Project and 10 Barrel Brewing Co. as his top 3 breweries in Bend. He did imply, however, that it was all a, well, fluid situation.

We have a visit to Crux coming up, and possibly 10 Barrel. But as far as trying beers from all three–and other area breweries–that will be no problem at all.