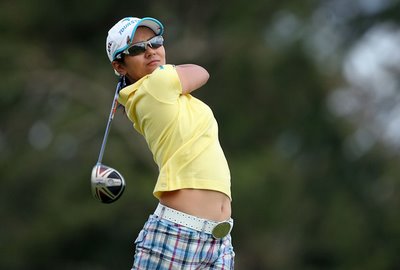 Golf was first played in Thailand in 1906, at the Royal Bangkok Sports Club. When the Banyan Golf Club in Hua Hin opened in 2009, it became the 260th course in a country roughly the size of France or slightly smaller than Texas. It’s hotter than either.

The LPGA added its glamour this week at its season-opening Honda LPGA Thailand tournament, with a full complement of its stars, including defending champion Ai Miyazato, the Rolex Rankings No. 1 player Yani Tseng–who emerged victorious–Michelle Wie (who finished second), Paula Creamer, Christie Kerr and Natalie Gulbis.

Tseng shot 6-under-par 66 on Sunday to win the Honda LPGA Thailand by five shots over Wie.  Tseng has now entered four events for the season and yes, won four times.

Miyazato, who finished in a tie for 13th, had little to show after the first round, with a three-over-par 75. But Tseng, with three straight wins under her belt, and Hall of Famer Juli Inkster, the oldest player in the field, were three strokes behind the leader, I.K. Kim. The 22-year-old Kim, from South Korea (but now living in San Diego), fired a bogey-free nine-under par 63, a course record.

The course is the Old Course at the Siam Country Club, old being relative, of course. The first privately-owned course in the country was built in 1971 to a design by Isao Mazumi, but re-designed over the same routing by the Schmidt-Curley Design team and reopened in 2007.

Lee Schmidt and Brian Curley (but mainly Schmidt) also did the club’s newer 27-hole Plantation Course. I was lucky enough to play both tracks in 2009, my first visit to the Kingdom of Thailand, and there are certainly similarities between the two: plenty of expansive bunkering, fecund landscaping–such as the ubiquitous elephant-shaped topiary that takes note of the country’s favored pachyderm–and excellent conditioning. (“The greens are awesome,” Paula Creamer tweeted after the first round.) 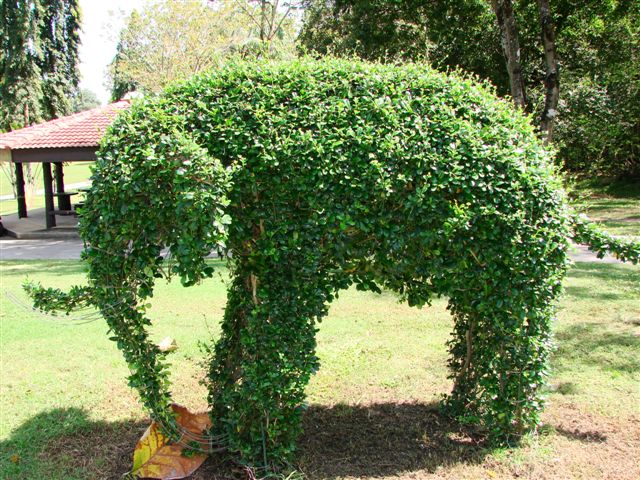 The Old Course is a relatively flat layout, with a number of up and back holes, but it does have a more comfortably antique, wooded feel to it with its abundant fruits trees and palms, and as one golfer noted, “More shade,” no mean consideration. 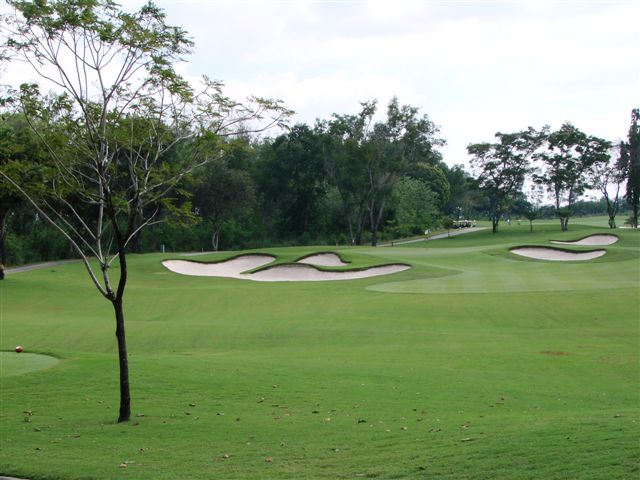 The Plantation Course, by contrast, opened for its first full season in 2008, and is a wide open and rollicking affair, with far more movement in the fairways and on the greens. If the Old Course is a slowly unfolding reverie, the Plantation is a modern drama with sudden loud scene changes, playing out over former pineapple and tapioca fields. For a visitor the usual solution prevails, naturally: play them both.

As for rollicking, the course is near Pattaya, which was nothing more than a fishing village on the Gulf of Thailand over forty years ago, when American military personnel engaged in the Vietnam War turned it into an R&R stop. This may well account for the continuing rambunctious nature of the city, best seen in all its vividness at night in the notorious Walking Street district, which makes Las Vegas look like a church social.

But the action on the course this week was thrilling enough for the top-three players at the end of the tournament, Tseng, Wie and Karrie Webb, who gained exemption into the season-ending Titleholders at Grand Cypress Golf Club in Orlando, November 17-20.

3 Responses to “Women Rev It Up in Thailand”