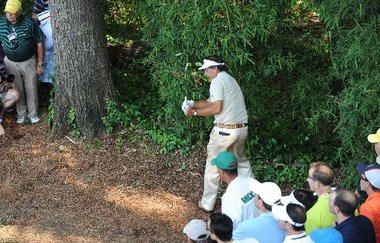 The debacle at the fourth hole (Getty Images)

What were we just saying about I.K. Kim? Time to envelop Lefty in a group hug for his near miss at the 2012 Masters. If you’re a Philly fan, that is. One of my friends who was over for our Easter feast and Masters viewing yesterday was cackling about Phil’s misfortune while rooting for Miguel Angel Jimenez. (This in vain, as Jimenez crashed and burned yesterday with an 81, going five-over on the last three holes.)

I was pulling for Phil, though, and hated to see the debacle on the fourth hole. In an otherwise fine three-under round, the triple at the par-3 left him even par on the day, and two strokes shy of making the playoff.

Even a bogey on the fourth hole would have at least put Phil in the hunt with Louis Oosthuizen and eventual winner Bubba Watson. If he walked off four with a par he would have won the tournament.

Although that last paragraph is true only if you don’t agree about the Fallacy of the Predetermined Outcome.

The what? I first heard of this in baseball terms, as the Theory of the Predetermined Hit. So, in baseball terms, say Daniel Murphy of the Mets doubles. David Wright comes to bat, but Murphy gets picked off second. Then Wright homers, and everyone says the Mets would have had two runs if bonehead Murphy hadn’t been picked off. 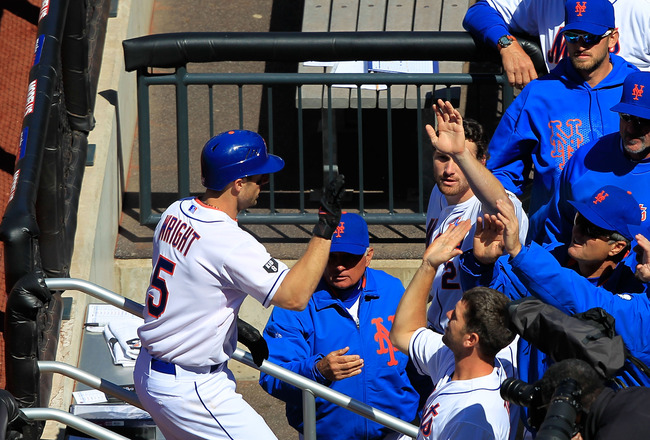 It’s not so, because there’s no certainty–absolutely no predetermination–that Wright would homer if Murphy wasn’t picked off. After all, everything would have been different–the pitcher’s motion, the way the infield set up, the pitch selection, not to mention Wright’s own perceptions. If Murphy were still sagely perched on second, there’s nothing to say that Wright couldn’t just as easily strike out. Sure, he might hit a home run, and the Mets might score two runs. But there’s no guarantee.

It’s no different in golf. If Phil walked off the fourth hole with a par he might have gone on to garner three birdies and the win. But with all new variables–the hole played more quickly, the wind perhaps freshening at a different time on a different hole, the reactions of other players to Phil’s total on the scoreboard, not to mention Phil’s own perceptions–there’s nothing to say that he wouldn’t have blown up on another hole. Or something else might have happened.

Or if Oosthuizen’s remarkable albatross did not make its long and incredible journey across the second hole green, who knows what change that would have precipitated in the brains of Mickelson or Watson, who was playing with Louis?

It’s like the old time-space continuum from the “Back to the Future” films. Change one thing, and every other anticipated thing can go haywire.

Still, it’s only human nature to speculate on what might have been. And no doubt Phil has done plenty of that already.

All the golf pundits were predicting an exciting Masters going into the tournament, and so it was, but probably for none of the reasons prophesized. No complaints, though. The lasting memories will come down to three shots–Michelson’s gaffe, Oosthuizen’s double eagle, and Watson’s recovery shot on the second playoff hole to set up his winning par.

For more great stories on Augusta and the Masters by TheAPosition.com writers, click here.