(June 19, 2022)–The skies remained cloudy but the winds had died down to a more manageable 10 mph as the leaders began teeing off on Sunday at the 122 U.S. Open at The Country Club in Brookline. But there were plenty of storylines swirling around. 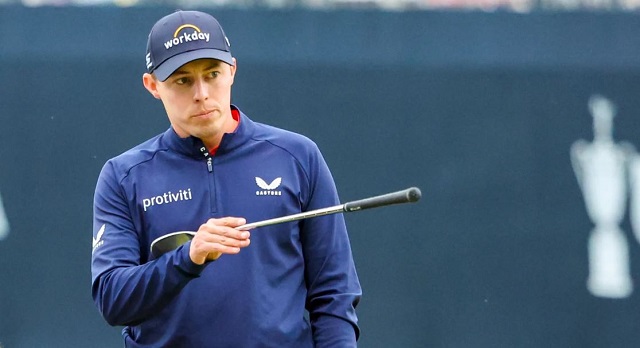 Could Englishman Matthew Fitzpatrick become only the second player to win a U.S. Open and a U.S. Amateur Championship at the same venue (joining Jack Nicklaus, who did it at Pebble Beach)? Could Texan Will Zalatoris make his first professional win a major? Both were tied at the top at four-under at the close of the third round. And at the end it would all come down to a final hole putting contest.

The course was clearly not in a forgiving mood, so the day unfolded not unlike an episode of “Survivor.” In the end, it was Fitzpatrick who not only hung on through the rigors of the day, but took control on the fifteenth hole. If not without vigorous efforts from Zalatoris and Scheffler. 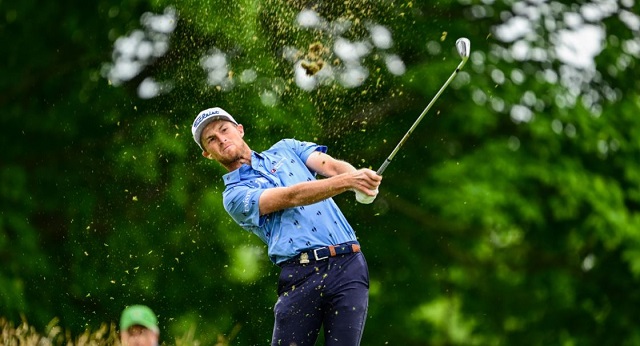 It was an up and down day day for fan favorites McIlroy and Bradley. McIlroy had a roller-coaster front nine with three birdies, three pars, three bogeys. He bogeyed the eleventh, but made consecutive birdies on fourteen and fifteen to get back in the hunt at two-under, but that’s as close as he came.

No New Englander has won the U.S. Open since the 1963 tilt, also at The Country Club, when Connecticut native Julius Boros won in a playoff over Jackie Cupit and Arnold Palmer. But Bradley bogeyed the opening three holes, came back with two birdies but then bogeyed the ninth as well. He got one back on the eleventh, returned it on the fifteenth, reclaimed it on the seventeenth, and ended at one-under to sustained cheers from the crowd. 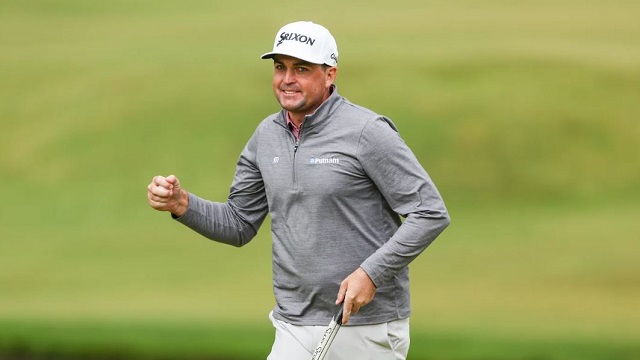 “I’ll remember that the rest of my life,” he said after his round. “It was really special. I’m happy that my family was here to see that, and it was just amazing.”

Rahm was clearly not on his game, with a lone birdie at eleven, turning in his worst round of the week to finish with 74, plus-one overall. 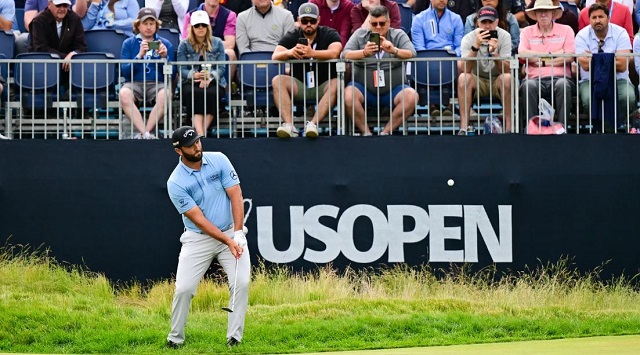 Scheffler, who will turn 26 on Tuesday, got off to a roaring start with four birdies in the first six holes. But he then bogeyed 10 and 11, giving Fitzpatrick a two stroke lead at the time. Fitzpatrick proceeded to made a hash of ten and eleven as well with two bogeys.

Zalatoris, conversely, got off to a rough start, bogeying two and three, but then ripped off three birdies in four holes as he made the turn. He had the crowd roaring on eleven when he rolled in an 18-foot birdie putt to take a two-stroke lead over playing partner Fitzpatrick. Then the wheels started wobbling. He immediately gave one back on the twelfth after a wayward drive, and then blew another right on thirteen.

Fitzpatrick pounced, splitting the fairway and rolling in a 48-foot birdie. Zalatoris made an impressive par save, though, so they were all square at -4 with five holes to go, feeling very much like match play, with Scheffler but a stroke behind after rolling a birdie chance past the hole on fourteen. 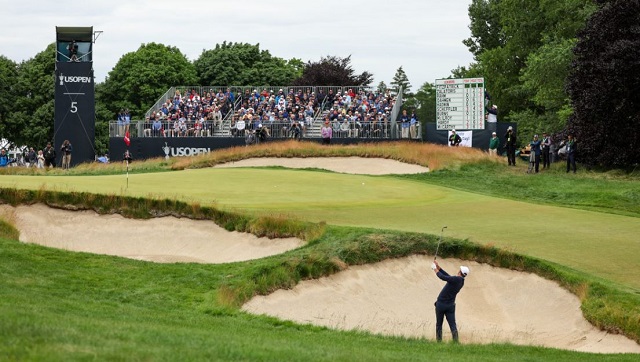 In the meantime Hideki Matsuyama was making a fierce fourth-round charge, ending with an amazing bogey-free 65, the best round of the week. He simply ran out of real estate, finishing at three-under to become the you-never-know clubhouse leader for a time.

The excitement mounted in the closing holes after Fitzpatrick birdied the fifteenth and Zalatoris bogeyed to drop two behind. Scheffler birdied seventeen, playing as one of the easier holes of the day, and finished at five-under, the new clubhouse leader, one off Fitzpatrick’s pace. Zalatoris got it back to one behind with a birdie on sixteen.

Then came Fitzpatrick’s nine-iron shot from the eighteenth hole fairway bunker. Zalatoris later said, “Matt’s shot on 18 is going to be shown probably for the rest of U.S. Open history… I walked by it, and I thought that going for it was going to be ballsy, but the fact that he pulled it off and even had a birdie look was just incredible.” 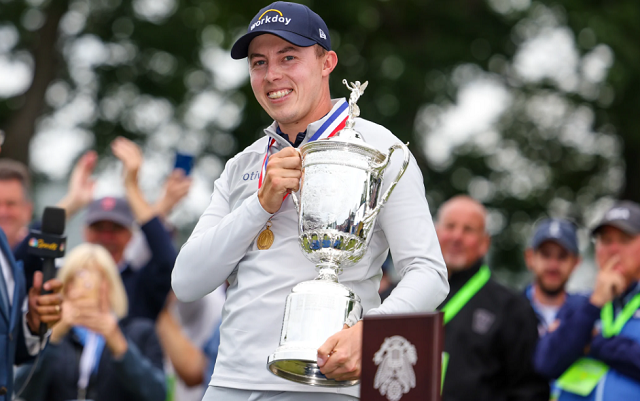 Fitzpatrick didn’t disagree: “It’s one of the best shots I ever hit, there’s no doubt about it….If I’m honest, I look back to my three approaches into 15, 16, and 17 as all really, really good shots. Eighteen was kind of just a bit of hit and hope.”

It set up the putting contest on the final green. Fitzpatrick secured his par, leaving Zalatoris a good birdie chance for a tie. He missed by a hair.

Fitzpatrick heard from Nicklaus during the presentation ceremony. “Any time you’re sharing a record with Jack Nicklaus, it’s unbelievable. He called me up… to congratulate me. Coming from someone like that, it means the world.” And, for now, the world is Fitzpatrick’s oyster.