Here is the release from the PGA Tour

The PGA Tour Anti-Doping Program, which has been in effect since July 2008, closely follows the International Anti-Doping Standard set forth by the World Anti-Doping Agency (“WADA”) particularly as it relates to the interpretation and application of the List of Prohibited Substances and Methods.

In a January 28, 2013 article that appeared on SI.com, Vijay Singh was quoted as admitting to his use of a deer antler spray supplement.  Subsequently, Mr. Singh confirmed his use of deer antler spray in a statement he issued.  Deer antler spray contains IGF-1, a growth factor listed on both the WADA and PGA TOUR Prohibited Lists, which the TOUR warned players about in August 2011.  After the SI.com article came out, WADA also issued a warning about deer antler spray on February 5, 2013. 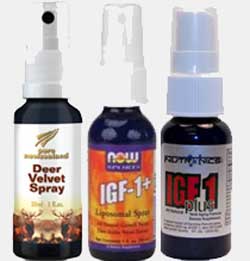 There is no test for IGF-1 currently available in routine blood testing.   However, the PGA TOUR Anti-Doping Policy provides that an admission to the use of a prohibited substance is a violation of the policy even if there is no positive drug test.  After confirming the presence of IGF-1 in the deer antler spray product provided to the TOUR by Mr. Singh through tests at the WADA-approved UCLA laboratory, the TOUR proceeded with the matter as a violation of the PGA TOUR Anti-Doping Policy, and a sanction was issued.   Mr. Singh subsequently appealed the sanction under the PGA TOUR Anti-Doping Program guidelines.  During the appeal process, PGA TOUR counsel contacted WADA to confirm a number of technical points.  At that time, WADA clarified that it no longer considers the use of deer antler spray to be prohibited unless a positive test results.  Indeed, on April 30, WADA subsequently provided written confirmation to the TOUR that:

“In relation to your pending IGF-1 matter, it is the position of WADA, in applying the Prohibited List, that the use of “deer antler spray” (which is known to contain small amounts of IGF-I) is not considered prohibited.

On the other hand it should be known that Deer Antler Spray contains small amounts of IGF-1 that may affect anti-doping tests.

Players should be warned that in the case of a positive test for IGF-1 or hGH, it would be considered an Adverse Analytical Finding.”

Based on this new information, and given WADA’s lead role in interpreting the Prohibited List, the TOUR deemed it only fair to no longer treat Mr. Singh’s use of deer antler spray as a violation of the TOUR’s anti-doping program.

Since his initial quote was made public, Mr. Singh has cooperated with the TOUR investigation and has been completely forthcoming and honest.  While there was no reason to believe that Mr. Singh knowingly took a prohibited substance, the PGA TOUR Anti-Doping Program clearly states that players are responsible for use of a prohibited substance regardless of intent.   In this regard, Mr. Singh should have contacted the PGA TOUR Anti-Doping Program Administrator or other resources readily available to players in order to verify that the product Mr. Singh was about to utilize did not contain any prohibited substances, especially in light of the warning issued in August 2011 in relation to deer antler spray.

Going forward, the PGA TOUR is committed to increasing its educational initiatives to remind players of the PGA TOUR Anti-Doping Program and the risk of utilizing any product without a full understanding of the ingredients contained in that product. Such educational initiatives will include reinforcing with its members the many resources available to them on a 24/7 basis to respond to any questions they may have concerning any product.

The PGA TOUR recognizes that the science of anti-doping is an ever evolving subject, and the TOUR will continue to work with its consultants and WADA to stay abreast of all current developments in this area. This will include staying abreast of developing policies and procedures, specifically with regard to testing for growth hormone and IGF-1.  When fully implemented tests for those substances become available in routine blood testing, the TOUR will continue to monitor the situation and make changes to the policy as necessary or appropriate.