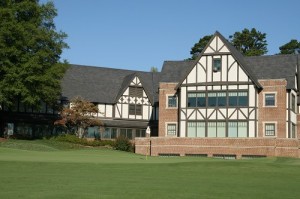 One of the fastest growing names in golf, McConnell Golf, recently announced the purchase of its seventh premier club in the Carolinas, Sedgefield Country Club in Greensboro, N.C., a renowned Donald Ross design and site of Wyndham Championship.

Sedgefield CC is home of the Wyndham Championship, the Piedmont Triad’s annual PGA TOUR event, which began in 1938 as the Greater Greensboro Open (GGO). Sam Snead won the inaugural tournament and would go on to capture the GGO eight times. From 1938 to 1961, Sedgefield was the alternate site of the GGO with Starmount Forest Country Club, and Sedgefield hosted the GGO for 16 consecutive years through 1976. The tournament moved to Forest Oaks Country Club in 1977.

In 2007, Sedgefield made more than $3 million in course improvements to restore the Ross-designed course to its original specifications with tweaks to accommodate modern golf technology. Noted Donald Ross course restoration architect Kris Spence led the restoration, and the Wyndham returned home to Sedgefield prior to the PGA Tour 2008 tournament.

Sedgefield CC’s membership debated the possible sale throughout most of 2010, and after considering all options decided that the sale to McConnell was in the best interest of the legendary club, reaching its final decision with a vote in December 2010. Sedgefield CC has been a member-owned, private club since its founding in 1925.

“We are very happy for the Sedgefield membership and McConnell Golf because this purchase is very positive,” Brazil said. “We know John McConnell and his track record is impressive, so we understand the significance of this transaction, how it will affect the Wyndham Championship’s host course, and what it means for the future of the club and the tournament.

“If history is any indication, John will make significant enhancements at Sedgefield which will upgrade what is already a beautiful club,” Brazil said. “This transaction is fantastic for all parties, which is why we have been in favor of it since the time we first heard it was being considered. We look forward to working with our new partners at McConnell Golf.”

Along with adding another Donald Ross-designed classic to McConnell Golf stable of premier offerings, the Sedgefield CC acquisition strategically complements McConnell Golf’s existing portfolio of golf properties and will receive the same superior level of restoration and enhancements dedicated to all McConnell Golf clubs.

McConnell Golf offers its country club members an unusual deal: Those who pay an initiation fee at one course gain access to all seven. With full golfing privileges at all McConnell Golf properties, members enjoy the benefits of playing a selection of top-ranked courses all maintained to the same high standards associated with any McConnell Golf Club.

McConnell Golf is an organization dedicated to delivering quality golf and amenities to its members. Owning strategically located courses throughout the Carolinas is a big part of the overall plan that brings exceptional value to its now 1,500-plus membership.

“The Greensboro Triad area of North Carolina is a fertile market,” said John McConnell, CEO and President of McConnell Golf. “We can now deliver our multiple-club experience to golfers in this region. We believe owning two courses in Greensboro — one on the north end of the city and one on the south side — offers our members better value.”