GREENSBORO, N.C. — One of the bigger buzzes around Sedgefield Country Club during the first few days of PGA TOUR’s Wyndham Championship this week has been the inaugural issue of a bimonthly, Greensboro-based magazine called, “O.Henry,” which includes a lengthy story about the club and the tournament titled, “Birthplace of Champions: How the Wyndham Championship came to symbolize the revival of a region.”

A major factor behind all the magazine launch excitement is that “O.Henry” is being edited by New York Times bestselling author James S. “Jim” Dodson, widely considered one of the great literary figures alive today and a man who throughout the years has spent more than his fair share of time in media centers covering golf tournaments around the world.

One of the Gate City’s favorite sons, Dodson grew up in Greensboro and his family roots in the community date back generations. Dodson has authored numerous bestselling books including Final Rounds, Faithful Travelers, Beautiful Madness, A Golfer’s Life (with Arnold Palmer) and Ben Hogan: An American Life. In 2009, Dodson’s book A Son of The Game was selected “Golf Book of the Year,” and in 2011 he was presented the prestigious Donald Ross Award by the American Society of Golf Course Architects for his literary contributions to the game.

Six years ago, Dodson returned to the Tar Heel state, where he has worked as the writer in residence and Sunday essayist for The (Southern Pines) Pilot newspaper — which was named the best community newspaper in the nation in 2002 and 2007 — and editor of PineStraw magazine, which recently won four awards from the Southern Magazine Association.

At first glance, Dodson’s latest publication, with its subject matter entirely Greensboro related, appears different from other high-end lifestyle publications. He promises “O.Henry” will be an arts and culture literary experience as unique and distinctive as the Gate City itself.

As for how the magazine got its name, Dodson recalled his junior year English class at Grimsley High School in 1970, when the mid-term assignment was to write a short story for consideration in the school’s annual writing contest — named for Greensboro’s most celebrated literary son, William Sidney Porter — aptly called the O.Henry Award.

For his contribution, Dodson wrote about his late grandfather, a rural polymath named Walter who helped wire the Jefferson Standard Building in 1922. To Dodson’s great surprise, his story won the O.Henry Award.

Given annually since 1923 by the O.Henry Study Club, the prize helped propel Dodson into a career in journalism that began in 1976 at the Greensboro New & Record. He went on to serve as senior writer for the Atlanta Journal-Constitution Sunday Magazine, Yankee Magazine, and later as longtime contributing editor of GOLF Magazine, collecting numerous national magazine awards along the way.

“William Sydney Porter left Greensboro at age 19 to make his fortune, going on to become one of the most celebrated writers of the Gilded Age, writing under the pen name ‘O.Henry,’” Dodson said. “He once told an interviewer that many of his life’s fondest memories and greatest influences came from his childhood in Greensboro.

“I think Greensboro is perhaps the most unique and culturally diverse city in North Carolina. So we are giving the city a magazine of uncommon literary and artistic vision that explores everything from the thriving arts community to our passions for homes and gardens.”

“O.Henry” readers will learn about remarkable people who have shaped Greensboro’s past and others who are busy creating its exciting future, while also celebrating the best of food and wine, and indulging their love of the outdoors. Moreover, every issue of “O.Henry” will present outstanding short fiction and poetry, essays and features that touch the heart and stir the soul.

“That’s because our writers are among the best you’ll find anywhere — award-winning storytellers whose names you already know, old friends with deep roots planted here,” Dodson said. “With every issue, our compelling design and photography will remind you why you’re proud to call Greensboro home.”

“O.Henry” features six award-winning writers in its inaugural, August-September issue, including a cover story, written by Dodson, about another bestselling author, Greensboro resident John Hart, including an except from Hart’s new thriller, Iron House.

In addition, the premier issue of “O.Henry” includes a marvelous piece about the real O.Henry by contributing editor Jim Schlosser, the legendary News & Record writer and one of the most honored newsmen in North Carolina history — another native son who was in the first graduating class at Page High and whose work has earned numerous awards from the North Carolina Press Association, along with the Edward R. Murrow Award in 1984 for outstanding reporting.

Schlosser is on hand at Sedgefield this week covering the Wyndham Championship for The Pilot.

There is an article about the home built by Spencer Love, founder of Burlington Industries, titled “The House that Love Built” and written by Deborah Solomon, a Missouri Penn Ward winner. There is the aforementioned piece on the former Greater Greensboro Open and its evolution into the Wyndham Championship by Lee Pace, one of the state’s top golf writers.

David Bailey — the funniest and best food writer in the South — takes on BLTs and writes about local beer, while garden writer Lee Rogers tells the tale of Bill Craft, Greensboro’s “Johnny Appleseed” and the man responsible for planting hundreds of beautiful trees around the city. Metal Worker Jim Galucci is O.Henry’s first featured artist; among other things, he made the amazing gates at the Grasshoppers ballpark in Greensboro.

The magazine’s captivating design is the handiwork of PineStraw’s national-award-winning Creative Director Andie Rose, who studied at the University of North Carolina at Greensboro. “We also have outstanding columnists on spirits, books, wine, and the outdoors, all connected to Greensboro,” said Dodson. “It’s an all-star lineup, I must say, a great opening issue.”

In order to reach the most discerning and responsive readers, O.Henry will be distributed without charge through selected outlets — places where folks who love the arts and care about the diverse cultural life of this city like to shop and congregate.

The publisher’s logic is simple. “At a time when everyone from the taxman to the taxi driver is digging deeper into their pockets, we’ve found that our loyal readers of PineStraw Magazine — our sister publication in the Pinehurst area — view the magazine as a monthly gift, an enriching experience provided compliments of our outstanding advertisers,” said “O.Henry” publisher David Woronoff, who is the immediate past president of the North Carolina Press Association. “Readers show their appreciation by enthusiastically patronizing the folks who make the magazine possible.”

Said Dodson: “As a son of Greensboro who has traveled far and wide to learn my craft in writing and magazines, permit me to say I think O.Henry himself would be deeply pleased to see the magazine we’ll be unveiling in his name this summer. We hope our readers will soon share our excitement.” 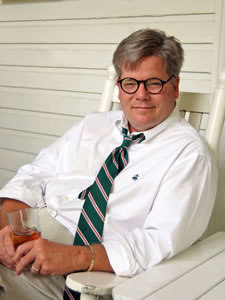