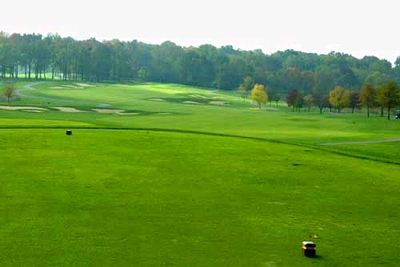 The course empty and wide-open–is that really the most welcome sight in golf?

My brother Pete and I got dropped off at public course 15 miles from our house one day back in 1969 carrying cheese sandwiches, Coke money and frayed canvas golf bags rattling with mismatched clubs. I was 12, he was 11, and the 6,500 yards of grown-up golf in 90-degree heat that lay ahead was all we could handle. Halfway through the back nine Pete sliced one into a grove of trees. When he reached the shade he flopped his weary bones on the grass like it was nap-time.

The course had barely any signage, and I hadn’t shared with Pete my fear that we had taken a wrong turn and worked our way farther from the clubhouse than we should rightly be. He was sunburned and too whipped to move by then, so I stretched out beside him and waited as a foursome of regulars played on by. Then I got us back on the fairway and made sure to keep that group in sight until the clubhouse came into view.

Since that summer day 36 years ago, the number of golf courses in the U.S. has approximately doubled. A profession that lets me pick and choose among the 15,000-odd layouts now available has kept me away from overplayed, under-maintained munis. But don’t count me among the people who are most happiest on days they can say, “we’ve got the whole course to ourselves.” That’s fine now and then, but I’d just as soon have it so the pleasures of the day are shared by a field of players who know how to keep moving and whose 19th-hole buzz of appreciation you join in when you’re done.

The ideal sight when you reach the tee of a par-3 isn’t an empty green, it’s an experienced player replacing the flagstick and walking toward the next tee. Something about it inspires an all’s-right-with-the-world kind of feeling. I played recently in a small outing in which the lead foursome included a notoriously fast player, and the second group was us. I so wanted to keep pace with his group, which we did for five or six holes, then they pulled away out of sight.

On a busy day at the club or the local daily-fee, it’s part of golf to go ahead and lay up on a par-5 when you might have gone for it, just so the group behind can take possession of the first half of the hole and hit their tee shots. Remember, the foursome behind isn’t just made up of people who might give cold stares when you’re hunting for a stray ball and slowing the pace. They’re also the lifesavers who ride up with your 9-iron two holes after you’ve lost it and one hole before you dearly need it to hit a crucial approach.

Even the slowest, least etiquette-savvy group I ever played behind ended up providing a golf thrill. It was two gentlemen and two ladies, nicely dressed, not Americans, very new to golf. They kept hitting into the woods and all would politely go in search of each ball. So I wave and they don’t even know to look behind them. They are barely in sight, then the fourth one disappears into the trees. I figure I’ll hit one down the left side and beg and explain when I get out there, including offering to wait and let them finish.

Walking to my drive, I rehearsed my apology speech and began wishing I hadn’t done this. Speed-walking, I got to within 50 yards of my ball, then 25, and still they search. I jog the last few strides, pulling a 5-wood from my bag. I glanced ahead, took my stance and banged one toward the layup area. Not any great shot, but enough to clear me. Then I swung into the woods on my side of the fairway and double-timed toward the green. When I got even with my layup, I peeked back from the treeline and saw one of them getting ready to hit. Ah, but wrong club, and back toward his cart he ambled. I zipped to my ball, wedged it 90 yards to a spot pin-high and just off, and turned back to wave thanks.

But no one was looking my way. Was this the only time in golf history someone had played through a foursome and not one of the four had realized it?