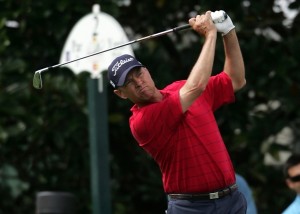 I am normally less sentimental than most about PGA Tour events in danger of coming to an end because of lack of sponsorship. Whenever that happens there are a spate of stories about how tragic it is and how terrible the Tour is for its lack of loyalty to a tournament organization that has been running the event for “x” number of years.

Actually, the PGA Tour has shown itself to be very loyal. It has worked hard to help existing events find new sponsors and has nearly always succeeded. Even during the nation’s recession and slow recovery, only the Detroit event was lost. New sponsors have recently been announced for the Bob Hope Classic and the Memphis stop, which leaves the Heritage—being played this week on Hilton Head Island in South Carolina—as the only event with an uncertain future for 2012.

As a result of such overall success at finding replacement sponsors, the Tour schedule isn’t all that much different than it was in about 1980. That leaves cities that could support a Tour event like Philadelphia, St. Louis, Indianapolis, San Francisco, Seattle, and Portland essentially frozen out. I have sympathy for golf fans in those areas, and if sponsorship issues were to cause the demise of a tournament I wouldn’t shed too many tears if it meant a new event in a place that was chomping at the bit to support one. (I would rather have seen the erstwhile Detroit event go somewhere else other than The Greenbrier resort in West Virginia.)

All that said, it would be a shame if The Heritage were to disappear, because it’s one of the better events on the Tour. It’s always a treat to watch the pros take on the unique test of Harbour Town Golf Links, and losing such a fine venue would indeed be a negative.

Here’s the lowdown: Verizon pulled out as sponsor last year, and the event has been kept alive in 2011 only by tapping into the reserve fund and getting support from local government. There’s not enough money in the reserve fund to make that work for 2012, so if a sponsor isn’t signed within the next few months there won’t be a Heritage next year.

Harbour Town and the Heritage tournament (known for many years as the Heritage Classic) were born together in 1969. In fact, the course basically opened the week of the tournament, which is a rarity and represented a big gamble. Architect Pete Dye remembers still tweaking the course during the practice rounds for the first Heritage.

The course passed its audition with flying colors, and it didn’t hurt the reputation of the tournament that Arnold Palmer won the inaugural. It soon moved from the fall to the spring and became one of the special events on Tour, eventually settling into a spot on the schedule a week after the Masters.

While Palmer’s name on the trophy helped the tournament, the name of Jack Nicklaus also helped boost Harbour Town. When Nicklaus assisted Dye in the design, it was the first experience in golf architecture for the 29-year-old who was the dominant player on the Tour.

While Nicklaus undoubtedly helped devise some of the strategies built into the course, the vision behind Harbour Town was Dye’s. In a radical shift from the trend of the day, he designed a course with very small greens. Dye later said that he didn’t do so because of a particular philosophy, but simply to distinguish it from other courses on Hilton Head Island. Whatever the motivation, it worked. Not only was Harbour Town different, it was also hailed as outstanding, earning a place on course-ranking lists and a place in the hearts of Tour pros, many of whom rank it among their favorites.

In addition to its small greens, Harbour Town is known for the trees lining its fairways and its relatively short length (6,973 yards). It is often thought of as a tight course, but it actually has elements of both a tight and an open course. The fairways are wider than on most Tour courses. This allows players to aim for one or the other side of the fairway, depending on where the hole is located on the green, to set up a better approach—or to avoid overhanging limbs. But if a player sprays the ball too wildly, he finds tree trouble, putting more of a premium on driving accuracy than other wide-fairway courses.

A look at the statistics shows how Harbour Town tests the pros differently than other courses. Let’s look at how the Heritage compared in 2010 to the five tournaments that followed it on the schedule in fairways hit, greens in regulation, and putts per round. These stats are the average for the top 15 finishers in the tournament:

This shows that, thanks to Harbour Town, the Heritage is anything but a typical week on Tour. Players hit more fairways but fewer greens, and as a consequence of the latter they take fewer putts.

The wonderful thing about Harbour Town is that it has not favored any particular type of player. One might think that the smaller greens require superior iron play. Then again, you could make a case that since everyone misses more greens, that makes scrambling more important than at a typical event. I tend to agree more with the latter view, but recent winners Boo Weekley (ball-striker) and Aaron Baddeley (scrambler) show that either type of player can win.

For a short course where placement of shots is so important, the tendency would be to think Harbour Town favored short, accurate players. But that’s far too simplistic. Yes, Brian Gay, one of the Tour’s shortest hitters, has won there, and Jim Furyk is the defending champion. But one of the Tour’s longest hitters, Davis Love III, owns five Heritage titles and Ernie Els has finished in the top 10 seven times.

Harbour Town clearly tests all phases of the game, and that’s what you want out of a course, particularly one that hosts the PGA Tour. And that’s why I want to see the Heritage continue.